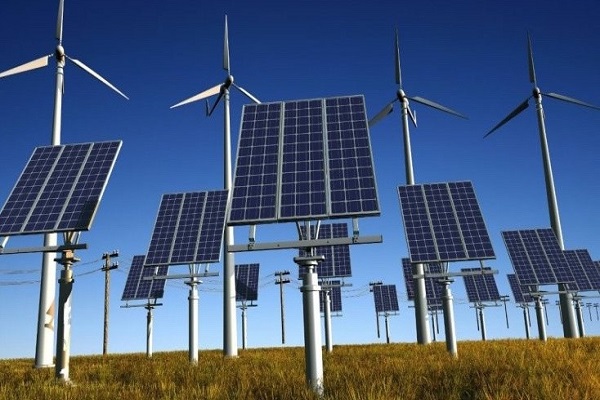 Between now and 2060, Nigeria requires $1.9trillion for funding its energy transition plan (ETP).

The event was the 7th Edition of the ECOWAS Sustainable Energy Forum (ESEF) organised by the ECOWAS Centre for Renewable Energy and Energy Efficiency (ECREEE).

The Minister of Power, Engr. Abubakar Aliyu, who represented him said the cash does not include usual spending because the country needs to mobilize additional $10billion yearly.

“For the sake of emphasis, it is relevant to note that Nigeria’s Energy Transition Plan (ETP) would require funding of about USD1.9 trillion up to 2060,” he said.

He added that $410 billion of this amount is above usual spending and implies that we need to mobilise an additional USD10 billion per annum.”

Osinbajo noted that the success of universal energy access and carbon neutrality is dependent on effectiveness in crowding in these investments.

He revealed that the Federal Government has planned to roll out a set of policy measures that would attract financing and investments of up to $10 billion and create scalability of programmes of over $30 billion over the coming decades.

The Vice President said these policy measures and programmes would be leveraged, to catalyse the Nigeria ETP specifically on renewable power.

Earlier, he insisted that Nigerians must work together on strategies and reforms needed to crowd in the investments required for real and impactful projects and progress on the ground.

Lack of access to finance, according to him, remains the biggest challenge for accelerating action on energy access and climate goals in Africa.

The Vice President lamented that West African region received just per cent of that, about $4 billion.

He insisted that “To reach our goals, sufficient capital must be made available in the Region, and we must do our part in creating the enabling environment for these funds.”

Osinbajo, who informed the international community on Nigeria’s efforts at renewable energy development, disclosed that the country has upgraded its mini-grid regulation to increase the cap for licensing from one megawatt (Mw) to 5Mw.

He also noted that Nigeria is developing the policy for integration of Utility Scale Solar into the grid, with a requirement for 10% of on-grid power to come from solar by 2025.

The Vice President added that the Federal Government is creating a Solar Stabilization Fund with target of $100 million to backstop on-grid solar contracts.

He added that the Federal Government is securing $1.5 billion in additional financing through the World Bank to expand the Nigerian Electrification Program and stabilize the on-grid sector through modernizing operations of our grid and further preparing the grid for renewables.

The country, he said, is also incorporating Solar PV Alternative Power Supply to select Public Buildings; and developing the 3D (Distributed, Decarbonised, and Digitalised) 24/7 Feeder Programme which will provide uninterrupted power supply to dedicated feeders through a hybrid of grid and renewable power.

He noted that these efforts amplify the Federal Government’s “commitments and signify our readiness for investments. As a region, we must scale such efforts and deliver robust and sustainable energy systems for the prosperity of our people.”

Speaking, the President, Economic Community of West African States (ECOWAS) Commission, Dr. Omar Touray, said the region will open a market for buying and selling of electricity by next year.

The ECOWAS Commissioner for Infrastructure, Energy and Digitalization, Sediko Douka, who represented him said: “We are on the way to finalize the concession of the work implementation and coordination centre located in Cotonou , Benin. It will be operational by the end of this year.”

He noted that it will serve the regional electricity contractors where stakeholders can sell and buy electricity buy next year.

He recalled that in June 2018, the ECOWAS launched the regional electricity market.

The region, according to him, adopted its statutory budget and a   master plan for the development of regional transmission from 2019 to 2033.

He noted that it aims to generate 60,000Mw and construct 23,000 interconnection lines at the rate of $7billion, adding that almost all the countries are now interconnected.

Touray said: “This forum right affords us a significant opportunity as region and stakeholders to take stock of progress to date.

“The other policy related to energy efficiency aims to implement measures that free 2,000Mw of power generation capacity and in the medium term more than double to an annual equivalent of energy efficiency.

“To date, only half of ECOWAS region has access to modern energy service. Hence, they are fully deprived of the full benefits of electricity for sustainable energy development, which if not addressed, will hamper the region from achieving the Sustainable Development Goals by 2030.

“There are challenges of access to generation and transmission in the region, which the region is working hard to address.”

He said the ECOWAS would soon launch its regional electricity code.

Speaking in his capacity as the Nigeria Minister of Power, Aliyu said the Federal Government is committed to achieving 30,000mw by 2030 with 30 per cent of it from the renewable energy.

He said the private sector would be the major driver of the renewable energy projects in the country.

According to him, the government has the Nigerian Electrification Programme which has a grant and subsidy that is tied to performance.

The other component, said the minister, is done through the normal procurement where developers can access funds once they have built the mini-grid and supplied electricity to a stipulated level in the country.

He said the World Bank and African Development Bank (AfDB) are supporting the developers of the projects.

Responding to why the Federal Government has raised the cap on renewable energy licenses to 5Mw, the minister said once the developer can provide the evidence of land for  the project, they will be allowed to scale up to 5Mw.

Part of the incentives that the private sector would enjoy, according to him, is tax holiday.

He revealed that the government will also assist the private developers to secure forex for importation of renewable energy equipment.