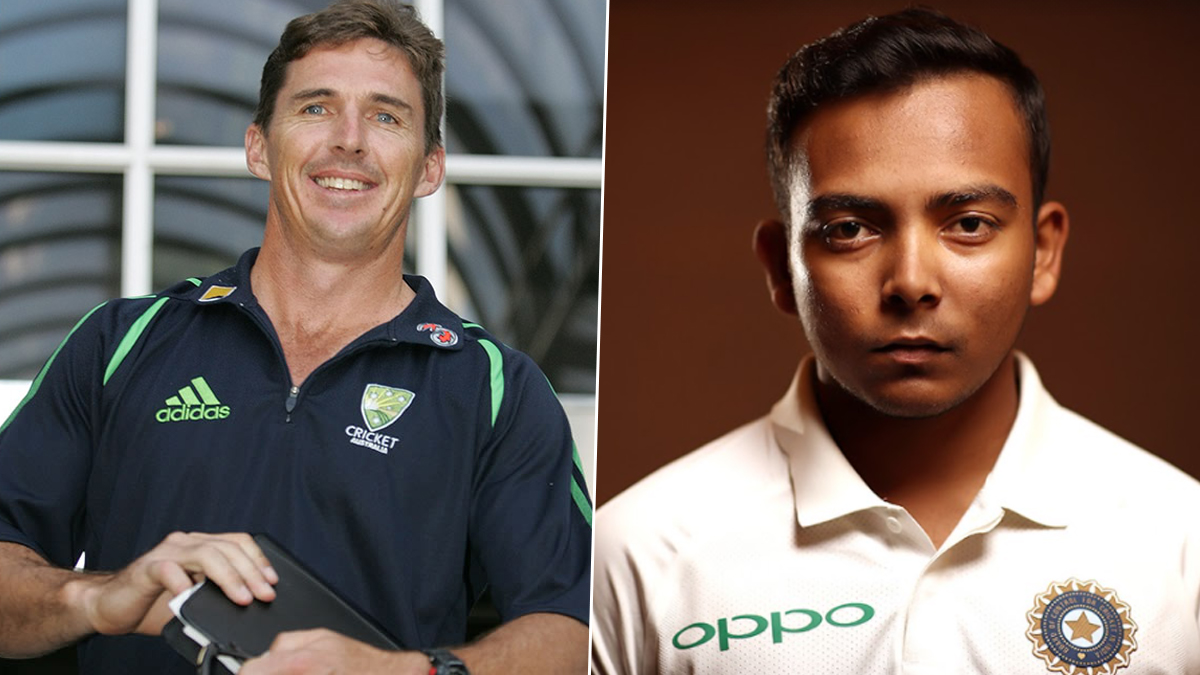 Former Australian spinner Brad Hogg took a cheeky dig at Prithvi Shaw over the opener’s wayward throw which hit Rohit Sharma. The incident took place on the opening day of India vs Australia 4th Test at the Gabba in Brisbane. Attempting to run Marnus Labuschagne out, Shaw threw the ball at the non-striker’s end but the red-cherry smashed Sharma, leaving the Hitman visibly upset. Fortunately, the 33-year-old didn’t sustain any injury but Shaw – who took the field as a substitute fielder – got mercilessly trolled on social media. Joining the bandwagon, Hogg also pulled the youngster’s leg with a hilarious tweet.

“One way to get your opening spot back for the next series!” he wrote while sharing the clip of the incidence. For the unversed, Shaw got axed from India’s playing XI after registering 0 and 4 in the first Day-Night Test at the Adelaide Oval. Shubman Gill replaced the opener in the second Test while Rohit Sharma claimed the other opening slot in the third Test, replacing Mayank Agarwal. As both the Indian openers have managed to impress, Shaw is unlikely to get back in the playing XI anytime soon. Meanwhile, let’s look at how Hogg trolled Shaw. India vs Australia 4th Test 2021 Day 1 Stat Highlights.

One way to get your opening spot back for the next series! #IndvAus #Cricket https://t.co/wyrHGrjCfF

Coming to the action of Day 1, Australia won the toss and opted to bat first. Although they lost openers David Warner and Marcus Harris cheaply, Marnus Labuschagne brought the home team back in the contest with a sensational century. Nevertheless, Team India pulled things back in the last session with debutant pacer T Natarajan getting two crucial wickets.

The game is evenly poised at the moment and proceedings on the second day would determine many things. While the Aussies would aim to at least cross the 350-run mark, the visitors will want to get the remaining wickets as soon as possible. Notably, this game is a decider as the series is currently levelled at 1-1.

(The above story first appeared on Reportr Door on Jan 15, 2021 07:03 PM IST. For more news and updates on politics, world, sports, entertainment and lifestyle, log on to our website reportrdoor.com).