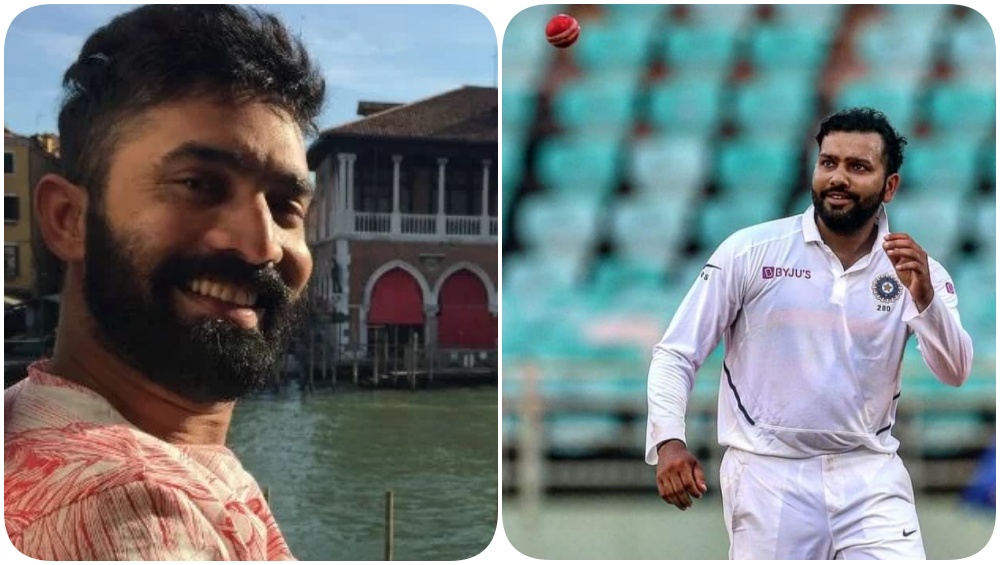 Dinesh Karthik has reacted to Rohit Sharma stepped into the shoes of Navdeep Saini on day one of the fourth Test between India and Australia at The Gabba. The wicket-keeper has asked Jasprit Bumrah and Mohammad Shami to watch out after Rohit Sharma donned the hat of a bowler. Navdeep Saini complained of a pain in the groin and he is being monitored by the medical team of the BCCI. It is very likely that the pacer might not bowl for the remaining days in the Test series. The pacer got injured while he was bowling in the eighth over and the BCCI sources have said that he is under observation. Rohit Sharma stepped into his shoes and bowled for the team. India vs Australia 4th Test 2021 Live Score Updates Day 1.

The Hitman already has a hattrick to his name in the IPL while he represented Deccan Chargers. He had scalped a hat-trick against Mumbai Indians in 2009. The fans were quite happy to see Rohit Sharma donning the role of a bowler. Now in this test, he bowled only one ball and did not concede any run. The video was shared online on social media and then Dinesh Karthik’s tweet.

Into the attack: Rohit Sharma from the Vulture St End! 🔥

@ Jaspritbumrah93 and and @MdShami11 better watch out , new fast bowler in the wings @ ImRo45 #absolutelyrapid pic.twitter.com/4HoF8zcl9A

Meanwhile, Australia won the toss and elected to bat first. Marnus Labuschagne was the one who scored his fifth test century. T Natrajan scalped a couple of wickets for India.

(The above story first appeared on Reportr Door on Jan 15, 2021 12:42 PM IST. For more news and updates on politics, world, sports, entertainment and lifestyle, log on to our website reportrdoor.com).