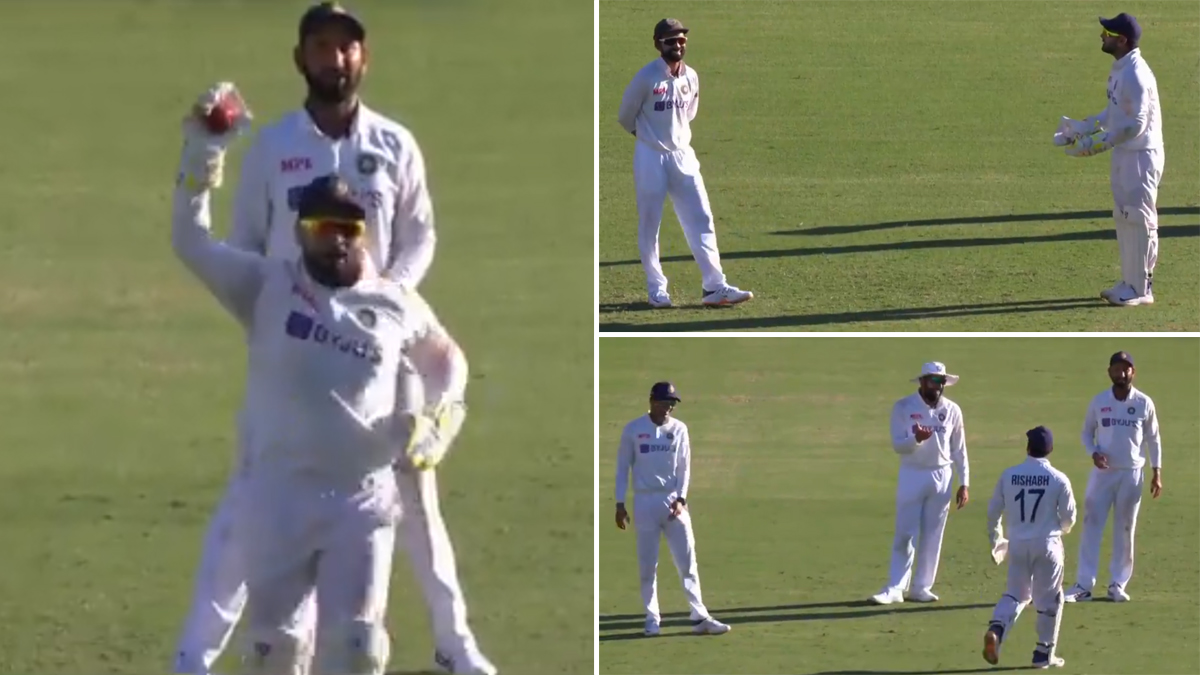 Fans witnessed some great action between the bat and red cherry during the opening day of India vs Australia 4th Test. Opting to bat first at the Gabba in Brisbane, the home team finished Day 1 at 274/5 with Tim Paine and Cameron Green unbeaten at 38 and 28 respectively. While Marnus Labuschagne shone for the Aussies with a magnificent ton, debutant pacer T Natarajan brought the visitors back in the hint with two crucial wickets. Wicket-keeper Rishabh Pant was also active behind the stumps as his chirpiness was captured in the stump microphone. While the southpaw took a crucial catch to dismiss Labuschagne, he was sure about dismissing Tim Paine as well. India vs Australia 4th Test 2021 Day 1 Stat Highlights.

Just a few overs before the end of day’s play, Natarajan’s away-going delivery teased Paine’s outside edge. While everyone was sure that the Aussie skipper is safe, Pant looked ecstatic after collecting the ball. Despite receiving no support from his teammates, Pant appealed which obviously didn’t impress the umpires. The 23-year-old even urged his captain Ajinkya Rahane to go for a review which got rejected as well. While Pant looked dejected, Rohit Sharma and other slip fielders laughed over the youngster’s antics. Even, the International Cricket Council (ICC) took a dig at Pant by sharing the video of the episode with the caption: “No one’s convinced, Rishabh Pant!” Prithvi Shaw Mercilessly Trolled With Funny Memes After Accidentally Hitting Rohit Sharma With Wayward Throw.

Notably, the on-going Brisbane Test is a decider with the series perfectly leveled at 1-1 after the first three matches. The contest is evenly poised at the moment, which makes the second day very crucial. While the Aussies should aim to cross the 350-run mark, India will like to take the remaining five wickets as soon as possible.

(The above story first appeared on Reportr Door on Jan 15, 2021 04:42 PM IST. For more news and updates on politics, world, sports, entertainment and lifestyle, log on to our website reportrdoor.com).