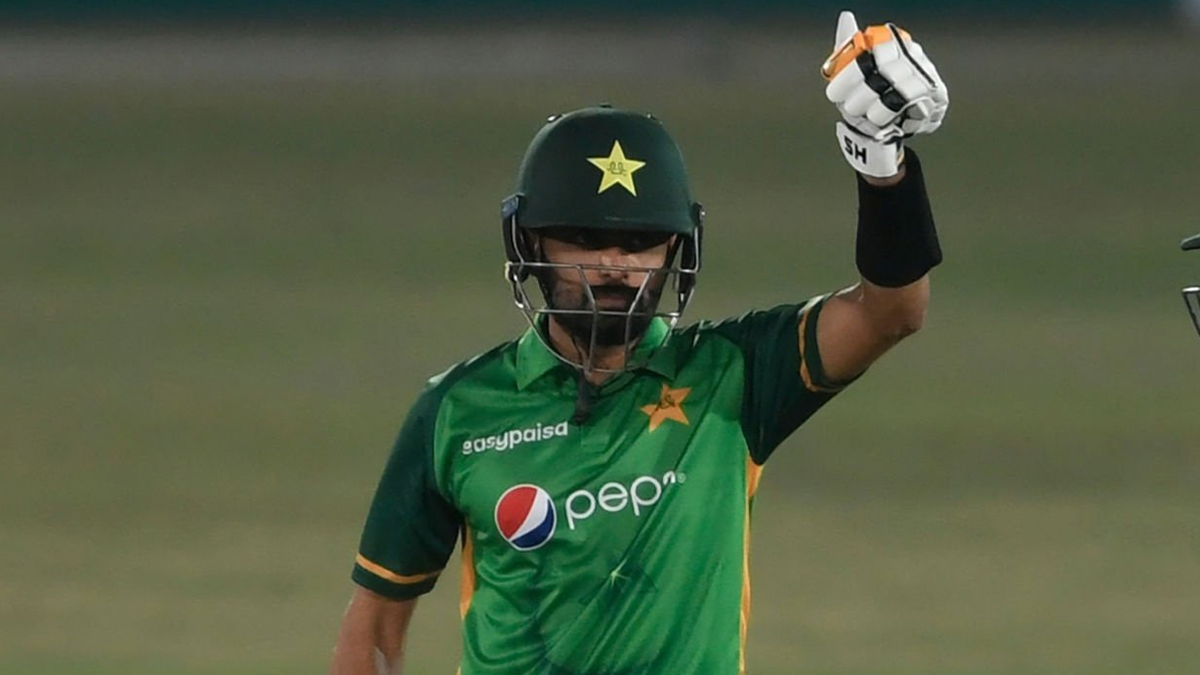 Karachi, January 15: Pakistan Cricket Board (PCB) on Friday announced a 20-member squad, including nine uncapped players, for the two-Test series against South Africa, which commences on January 26. PCB, in an official release, said the players will enter the bio-secure bubble on January 19 and the squad will be trimmed to 16 players ahead of the first Test.

Hasan Ali has returned to the Test side after two years following a highly successful Quaid-e-Azam Trophy in which he was adjudged player of the final and tournament. Also returning to the side is left-arm spinner Mohammad Nawaz, who took 22 wickets with two-fers and scored 744 runs in the Quaid-e-Azam Trophy. He last played a Test against the West Indies in Sharjah in 2016. South Africa Announces 21-Member Squad for Pakistan Tour.

Nawaz and Faheem Ashraf are the two-all-rounders in a side that also includes three openers, six middle-order batsmen, two wicketkeepers, three spinners and four fast bowlers. However, Haris Sohail, Mohammad Abbas, Shan Masood, and Zafar Gohar, who played in the last Test in Christchurch, have been left out.

“Haris, Abbas, and Shan will be invited to the High-Performance Centre in Lahore so that they can work on their technical faults with the qualified coaches. Zafar who made his Test debut in Christchurch remains part of selectors’ long-term plans in both red and white-ball cricket, and will also work with NHPC coaches on further improvement of his all-round skillset,” PCB said.

Also, PCB said fast bowler Naseem Shah was not considered for selection after complaining of a niggle in his hamstring. “He will shortly commence his rehabilitation programme at the National High-Performance Centre,’ the statement read.

Chief selector Muhammad Wasim said: “I want to congratulate all the uncapped players who have made it to the 20-player Pakistan Test squad. These nine players are now just a step away from representing Pakistan in the pinnacle format of the game. As such, they have an outstanding opportunity to step-up show their class and potential, and perform strongly so that they can cement their places for future international assignments.”

Wasim also encouraged the player, who “narrowly” missed out on selection.

“For the players who have narrowly missed out on selection, I want to encourage them to retain their focus and continue to work hard as we have a busy and packed 2021 ahead. This means there will potentially be opportunities at some stage down the year. I will like to see these players continue to focus on their fitness and form even after curtain falls on the 2020-21 season so that whenever they get a call-up, they are ready to cash in on the opportunity,” he said. ICC Trolls Rishabh Pant Over the Wicket-Keeper’s Unsuccessful Appeal During India vs Australia 4th Test 2021 (View Post).

“Haris Sohail, Mohammad Abbas and Shan Masood have been dropped due to inconsistent performances. However, the PCB will not let its investment on these talented players go to waste and will invite them to the High Performance Centre so that they can work out their technical flaws and get back into contention. Shan’s bad form has opened doors for Abid Ali’s new partner, be it either Abdullah Shafique or Imran Butt, who was last season’s top scorer. Together with Abdullah, he was in New Zealand with the Shaheens side,” he added.