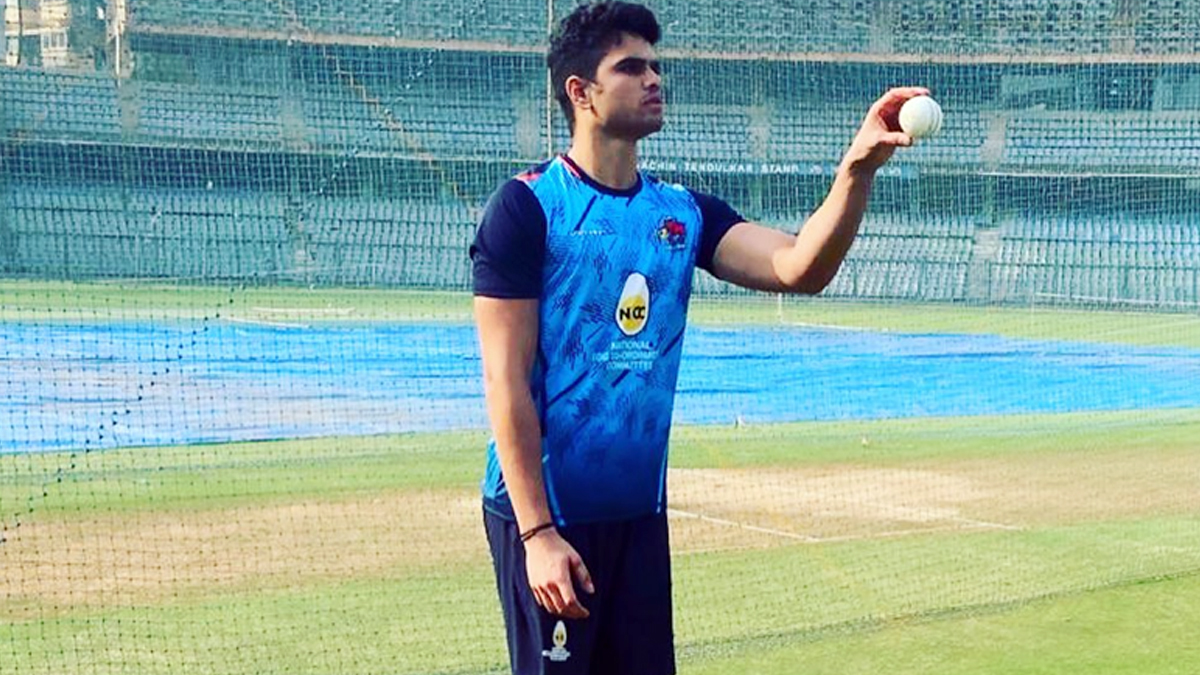 Legendary Indian cricketer Sachin Tendulkar’s son, Arjun Tendulkar, made his debut for Mumbai during the Syed Mushtaq Ali Trophy 2021 clash against Haryana on January 15, 2021 (Friday). The 21-year-old all-rounder had to wait for his first appearance at the highest level for Mumbai. He opened the bowling with former Indian international Dhawal Kulkarni, taking his maiden wicket. Mohammed Azharuddeen Joins Elite Company With 37-Ball Century as Kerala Down Mumbai.

On his debut, Arjun Tendulkar had a nervy start, leaking 15 runs in his very first over of the game but bounced back immediately as he dismissed Haryana opener Chaitanya Bishnoi on the first ball of his second over. The left-handed batsmen looked to clear in in-field but edged the ball straight to Mumbai keeper Aditya Tare.

Arjun Tendulkar getting his first Wicket on debut. !!! 👏👏

Arjun Tendulkar bowled just three overs in the game going for 34 runs in the process. Haryana, despite losing quick wickets, managed to bounce back as they won the game by eight wickets, chasing down a score of 144 courtesy of a brilliant partnership between Himanshu Rana and Shivam Chauhan with the former scoring a half-century.

Mumbai have now lost all of their three games played in the competition and are knocked out of Syed Mushtaq Ali Trophy. Arjun Tendulkar, who made his debut, wasn’t a part of the original 20-man squad named by Mumbai for the tournament.

The youngster has represented India at the Under-19 level and was one of the net bowlers for the national team during the 2017 series against New Zealand. The 21-year-old had also traveled with Mumbai Indians to the UAE for IPL 2020 once again as a net bowler.

(The above story first appeared on Reportr Door on Jan 15, 2021 04:59 PM IST. For more news and updates on politics, world, sports, entertainment and lifestyle, log on to our website reportrdoor.com).