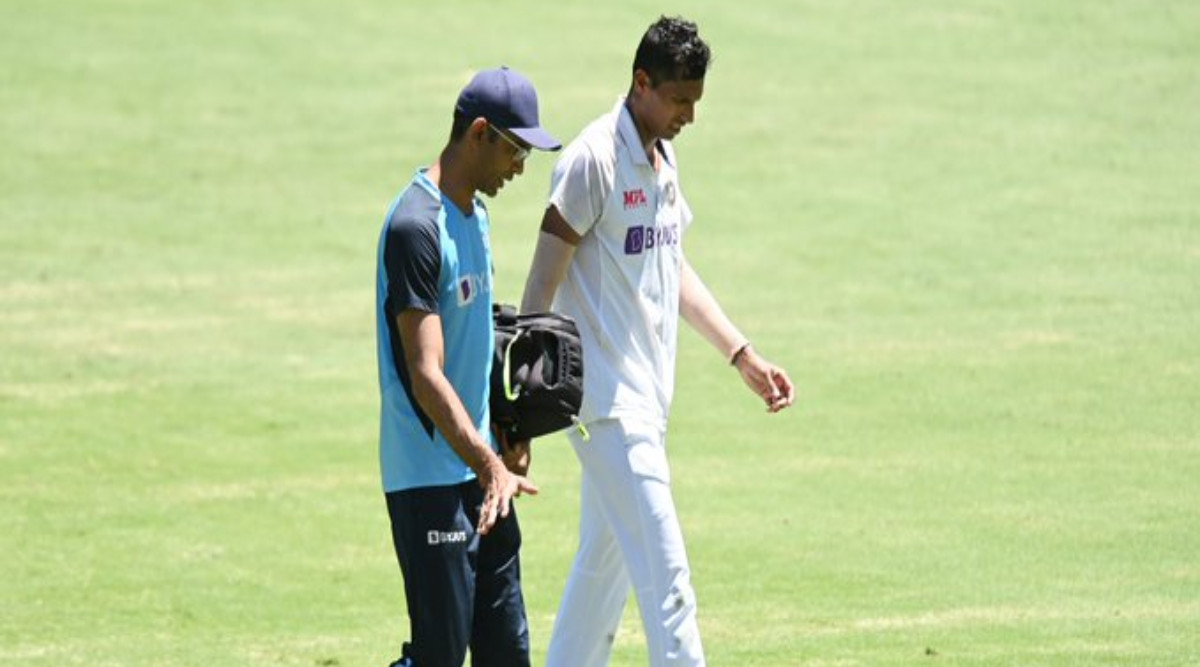 New Delhi, January 16: The Indian medical team is working overtime to ready pacer Navdeep Saini for the second innings of the ongoing fourth Test at The Gabba after he suffered a groin injury during Australia’s first innings on Friday and had to walk off the field.

Speaking to ANI, sources in the know of developments in the Indian team said that the medical team is looking to try and ensure that Saini gets to take the field in the second essay. “The medical team is working on Saini. He has a groin injury, but they are trying their best to ensure that he can take the field in the second innings,” the source said. Navdeep Saini Injury Update: Pacer Taken For Scans After Complains About Groin Pain.

Injury concerns mounted for India as pacer Navdeep Saini was taken for scans after complaining of groin pain on day one of the fourth Test on Friday. BCCI had said that Saini was being monitored by the medical team after the player walked off the ground due to pain in his groin. Later, the Indian board in the latest update said the speedster had gone for scans.

“UPDATE – Navdeep Saini has now gone for scans,” BCCI tweeted. After debutant Washington Sundar dismissed Steve Smith (36) in the 35th over, India got another chance to put hosts under the pressure. In the 36th over, Marnus Labuschagne edged a ball to skipper Ajinkya Rahane at the slip but he dropped the catch. Saini was seen in pain after the dropped chance and physio Nitin Patel gave him some treatment, but the pacer walked off the pitch. Rohit Sharma completed the over.

In Saini’s absence, T Natarajan and Shardul Thakur stepped up as they combined well with Mohammed Siraj and Washington Sundar to finally dismiss Australia for 369 in their first innings.