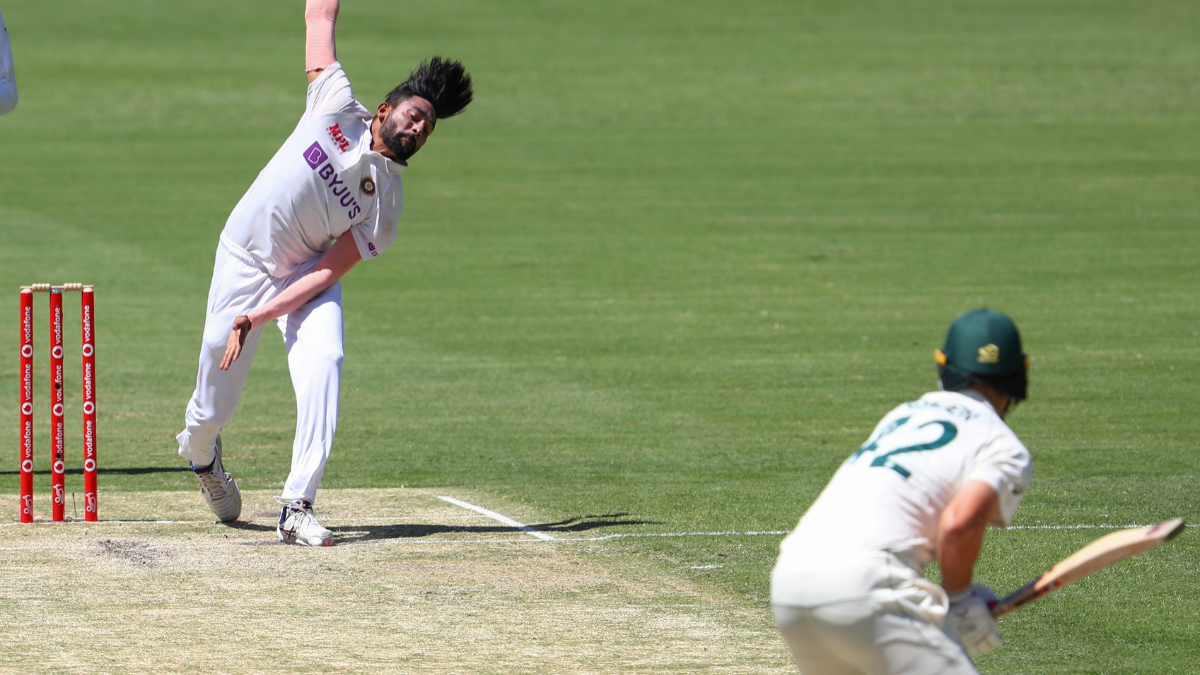 The third session on day two of the fourth Test between India and Australia at The Gabba in Brisbane was washed out due to rain. At close of play, India were 62 for two with Cheteshwar Pujara and Ajinkya Rahane as the two unbeaten batsmen. Earlier, Australia managed 369 in their first innings after Indian bowlers took five wickets in the opening session. The match hangs in balance as of now. India vs Australia 4th Test 2021 Highlights Day 2.

Australia resumed with Tim Paine and Cameron Green at the crease. While captain Paine scored a half-century, Green missed out on it. Australia’s tail did well to push the total past 350-run mark. For India, debutants T Natarajan and Washington Sundar picked three wickets apiece. Shardul Thakur also chipped in with as many wickets. Meanwhile, check out some stat highlights from second day’s play. Rohit Sharma Throws his Wicket Away, Misses Out on Half-Century; Akash Chopra & Other Netizens Troll Indian Opener.

# This is the second occasion of two Indian players taking three-plus wickets each in the same debut Test innings.

# 369 is Australia’s highest team total in this series.

In response, India lost opening batsman Shubman Gill early with just 11 runs on the board. Rohit Sharma and Pujara then added 49 runs for the second wicket. Rohit then threw his wicket away while attacking spinner Nathan Lyon, he fell six runs short of his half-century. Pujara and Rahane then held fort before play was abandoned in the last session.

(The above story first appeared on Reportr Door on Jan 16, 2021 01:12 PM IST. For more news and updates on politics, world, sports, entertainment and lifestyle, log on to our website reportrdoor.com).