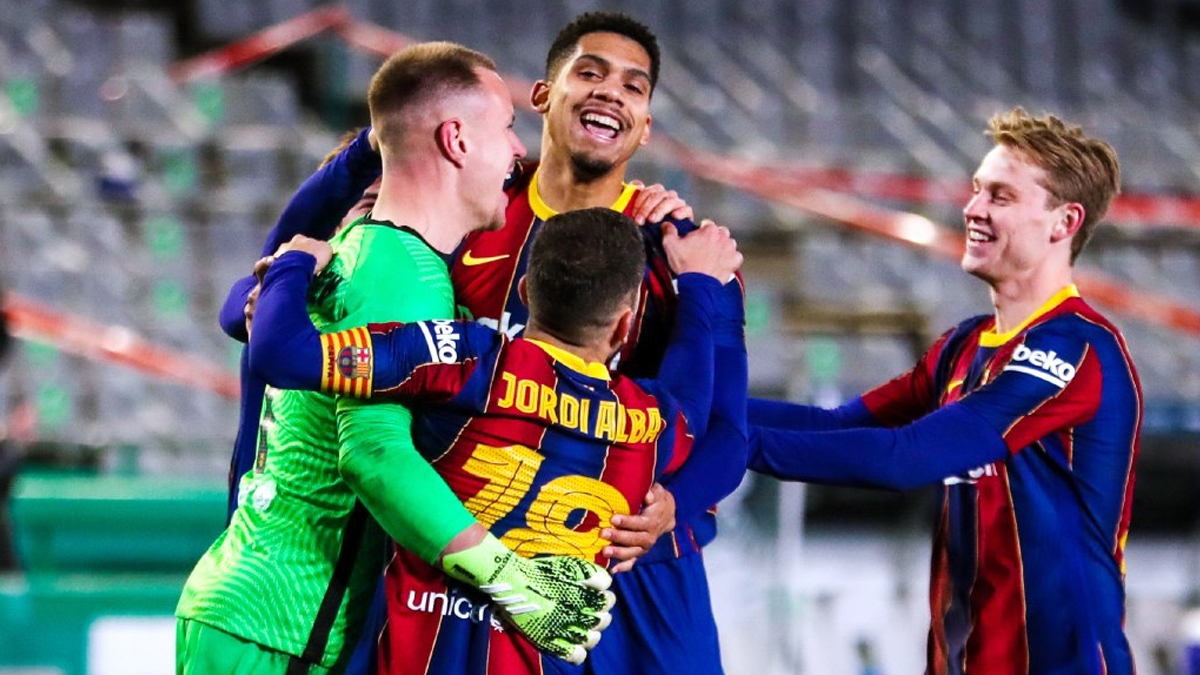 Barcelona vs Athletic Bilbao, Supercopa de Espana 2020-21 Final Live Telecast and Live Streaming Online in India: Barcelona have had an underwhelming season so far with the Catalonians seven points behind league leaders Atletico Madrid, having played 2 games more. In the midst all the gloom, there could be some positives too with the club facing Athletic Bilbao in the finals of the Supercopa de Espana. A silverware for Ronald Koeman should give the Dutch manager some much-needed boost after coming in for some heavy criticism for all quarters. Injuries and poor form of key players have hampered performances but Barcelona will start as favourites for the tie. Athletic Bilbao are 12th in the La Liga table but shocked Real Madrid in the semis to reach the summit contest. BAR vs ATH Dream11 Prediction in Supercopa De Espana 2020–21 Final: Tips To Pick Best Team for Barcelona vs Athletic Bilbao Spanish Super Cup Football Match.

Lionel Messi will play as a no 10 for Barcelona tonight, flanked by Antoine Griezmann and Ousmane Dembele on the wings. Sergio Busquets could get the nod ahead of Miralem Pjanic in the midfield. Pedri and Frenkie de Jong will occupy the other two places in the middle of the park with both the players looking to push forward and join the attack. Sergino Dest is set to replace Oscar Mingueza at the fullback position and it will be interesting to see if he is given the license to venture forward by the coach considering Bilbao counter well.

Unai Lopez and Peru Nolaskoain are unavailable for selection for Athletic Bilbao due to fitness issues. Yuri Berchiche will be assessed prior to the game to determine his involvement and there are chances he might make the bench. Raul Garcia grabbed a brace against Real Madrid in the semis and he is one player that Barcelona will mark tightly.

Barcelona vs Athletic Bilbao match in Supercopa de Espana 2020-21 final will be played on January 18 (Sunday midnight). The match will be played at the De La Cartuja Stadium and it is scheduled to begin at 01:30 AM IST (Indian Standard Time).

Unfortunately, live telecast of the Barcelona vs Athletic Bilbao final match will not be available in India as there is no official broadcaster for the Supercopa de Espana 2019-20 in the country. Fans can, however, follow social media pages of both these clubs to stay updated with the final clash.

Where to Get Free Live Streaming Online of Barcelona vs Athletic Bilbao, Supercopa de Espana 2021 Final?

Although live telecast of the  Supercopa de Espana 2021 final will not be available in India, live streaming of Barcelona vs Athletic Bilbao will be available on FanCode. Fans can log onto the FanCode website or app and purchase the FC Match Pass to enjoy the game live. Barcelona and Athletic Bilbao have won two games each in their last six games against each other and there is no denying the final will be a closely contested game that could well go into extra time.

(The above story first appeared on Reportr Door on Jan 17, 2021 07:32 PM IST. For more news and updates on politics, world, sports, entertainment and lifestyle, log on to our website reportrdoor.com).