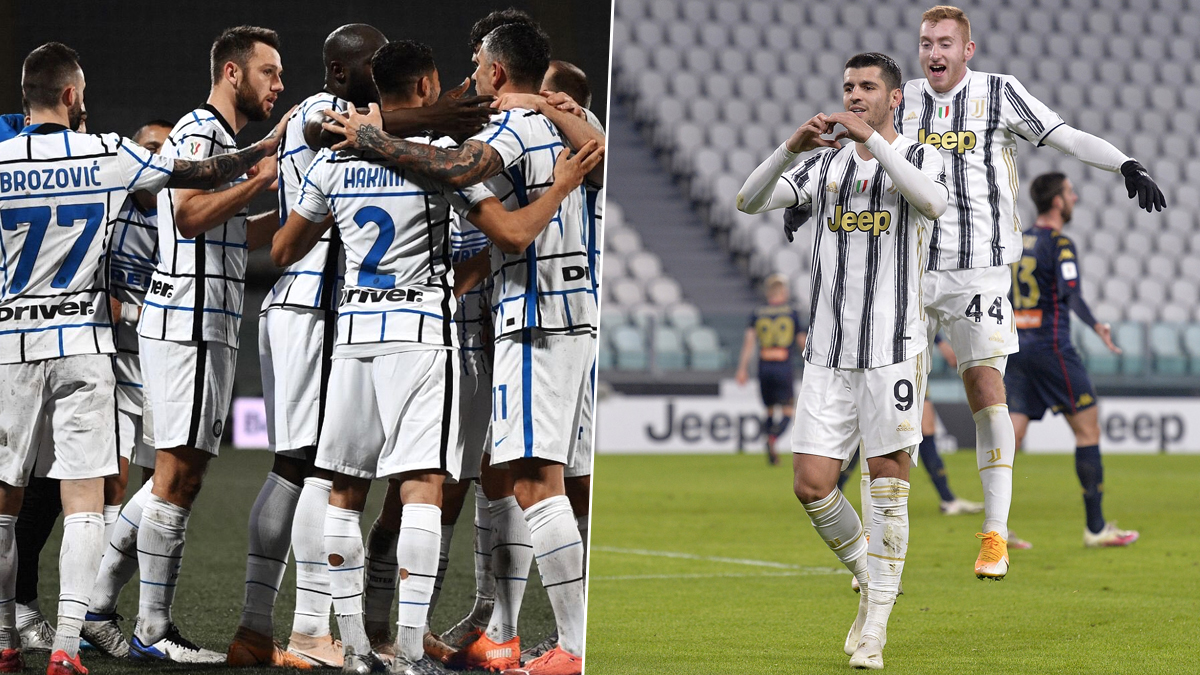 Juventus will eye a fifth consecutive win when they visit Inter Milan for the Derby D’Italia in Serie A 2020-21 on Sunday. Juventus have scored three goals in each of their last four matches and beat Inter’s city rivals AC Milan 3-1 in their league away match. They are currently fifth in the table with 33 points from 16 games four behind Inter, who are second with 37 from 17, and seven behind leaders AC Milan. Andrea Pirlo’s side have some injury concerns but will confident of producing a result against an Inter side, who have failed to win their last two league matches. Meanwhile, if you are looking for how and where to watch the live telecast and live streaming online details for the Inter Milan vs Juventus match please scroll down. Cristiano Ronaldo Could Break Two MAJOR Records as Juventus Takes on Inter Milan in Serie A 2020-21 Match.

Inter Milan’s eight-match winning run in Serie A came to an end in the 1-2 defeat at Sampdoria and they were also held to a 2-all draw at Roma but Antonio Conte’s side are unbeaten at home in the league since the 0-2 loss to AC Milan in October last year. Conte will also have a fully-fit squad at his end disposal while Pirlo tackles injuries. Juventus are missing Paulo Dybala, Matthijs de Ligt, Juan Cuadrado and Alex Sandro. INT vs JUV Dream11 Prediction in Serie A 2020–21: Tips To Pick Best Team for Inter Milan vs Juventus Football Match.

Inter Milan vs Juventus, Serie A 2020-21 Match Time and Schedule in India

Inter Milan vs Juventus Derby D-Italia match in Serie A 2020-21 will be played on January 18 (Sunday midnight). The match is set to begin at 01:15 am IST (Indian Standard Time).

How to Watch Inter Milan vs Juventus, Serie A 2020-21 Live Telecast and Free Live Streaming Online in India

Fans in India can follow live action of the Serie A 2020-21 on Sony Sports channels. Sony Pictures Sports Network (SPSN) is the official broadcaster for Serie A 2020-21 in India. Fans can catch the live telecast of Inter Milan vs Juventus on Sony Ten 2 and Sony Ten 2 HD channels. The match will also be live on Sony’s online streaming media platform SonyLiv.

(The above story first appeared on Reportr Door on Jan 18, 2021 12:18 AM IST. For more news and updates on politics, world, sports, entertainment and lifestyle, log on to our website reportrdoor.com).