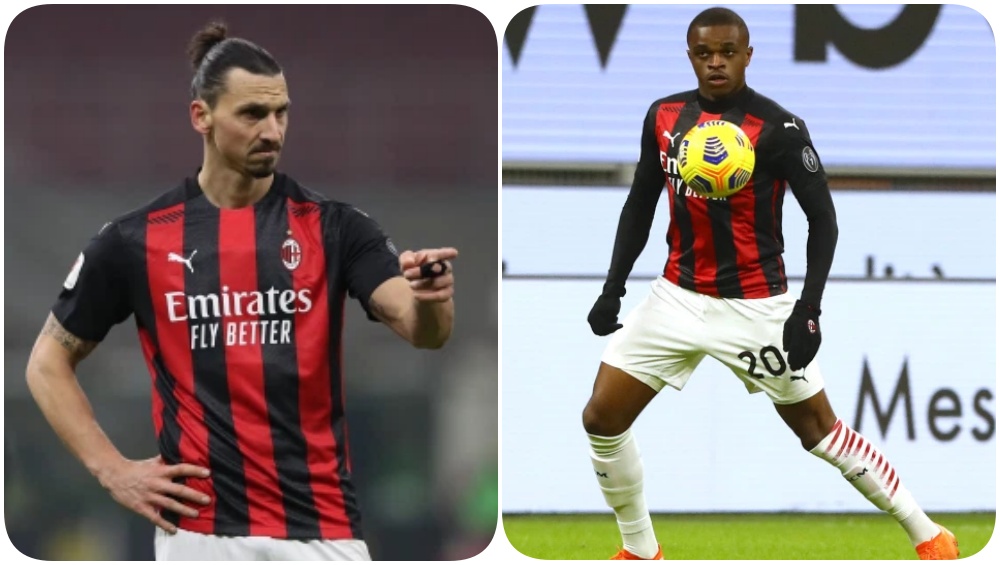 Zlatan Ibrahimovic has surely changed things at AC Milan. Whether it’s their approach towards the game or their drastic improvement in the performances which has led them to lead the Serie A 2020-21 points table, the former Manchester United striker’s attitude has rubbed on the team. Now in an interview with a website Zlatan revealed that he had yelled at AC Milan’s 20-year-old defender Pierre Kalulu who had recently debuted for the Rossoneri against Sparta Prague. Reason? Kalulu had worn gloves on his debut and his according to Zlatan did not make him look scary enough for the strikers. Stuart Broad Reacts to Zlatan Ibrahimovic’s ‘I Can Play till 50’ Statement, Says ‘Sounds Alike James Anderson’.

“Some weeks ago Pierre Kalulu made his debut with AC Milan and he was wearing gloves. I told him to take them off! How looks a young centre back making his debut with gloves? For sure he’s not going to scare the striker.” said Zlatan during an interview. And who could argue with Zlatan? The match ended with AC Milan winning 1-0 against Sparta Prague.

Talking about AC Milan, the team stands on number one of the Serie A 2020-21 points table with 40 points. The team lost their first match in the season against Juventus. So far AC Milan has played 17 matches and out of which they have won 12 of them. Inter Milan on the other hand stands on number two of the points table with 37 points. The team will face Juventus today in the Serie A 2020-21 match.

(The above story first appeared on Reportr Door on Jan 17, 2021 03:43 PM IST. For more news and updates on politics, world, sports, entertainment and lifestyle, log on to our website reportrdoor.com).