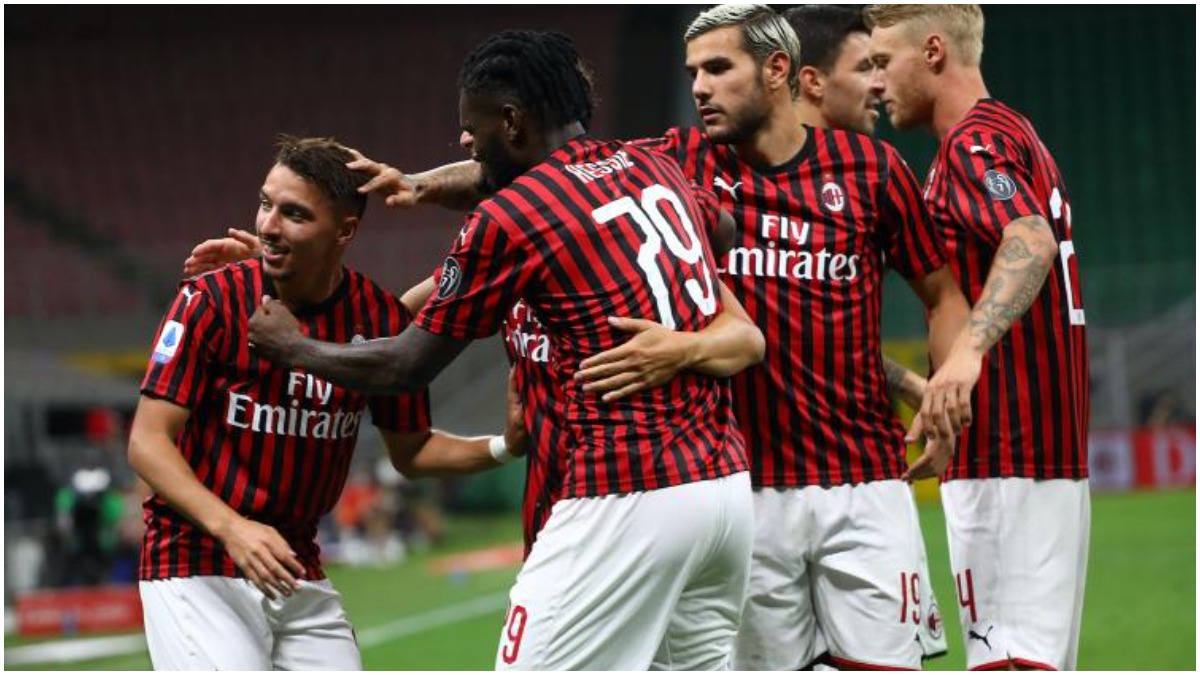 AC Milan will look to extend their lead at the top of the points table when they play a relegation-battling Cagliari in their next Serie A 2020-21 fixture. AC Milan are level on points with city rivals Inter but are ahead in the standings due to superior head-to-head record this season. They play a Cagliari side, who are winless in their last 10 league meetings and have lost their last five games across all competitions. Meanwhile, fans searching for the live telecast and live streaming online details for the Cagliari vs AC Milan match in Serie A should scroll down for all details. Serie A 2020–21 Match Result: Juventus’ Title Run at Risk Following 0–2 Loss at Inter Milan.

Cagliari are 17th in the points table with only 14 points and are just one clear of the relegation zone. Their last win in the Serie A came against Sampdoria in November last year and since then, Eusebio De Francisco’s side have lost eight and drawn four times. They will be without Marko Rog, who is out for the season, while Paolo Farago and Zito Luvumbo are still injured and centre-back pair Ragnar Klavan and Andrea Carboni are still in quarantine after testing COVID-19 positive.

When is Cagliari vs AC Milan, Serie A 2020-21 Football Match? Know Date, Time and Venue

Cagliari vs AC Milan match in Serie A 2020-21 will be played on January 19 (Monday midnight) at the Sardegna Arena. The match is scheduled to begin at 01:15 AM IST (Indian Standard Time).

Where to Watch Live Telecast of Cagliari vs AC Milan, Serie A 2020-21 Football Match?

Fans in India can watch the live telecast of Cagliari vs Juventus match on Sony channels. Sony Sports is the official broadcasters of Serie A 2020-21 in India. Fans can follow the live-action on Sony Ten 2 and Sony Ten 2HD channels on television.

How to Get Free Live Streaming Online of Cagliari vs AC Milan, Serie A 2020-21 Football Match?

Fans unable to follow the Cagliari vs Juventus game live on television can watch it online. SonyLiv, the OTT of Sony Network, will be live streaming the clash. So fans can tune into SonyLiv App or website to catch the live action of Serie A 2020-21 matches.

(The above story first appeared on Reportr Door on Jan 18, 2021 04:24 PM IST. For more news and updates on politics, world, sports, entertainment and lifestyle, log on to our website reportrdoor.com).