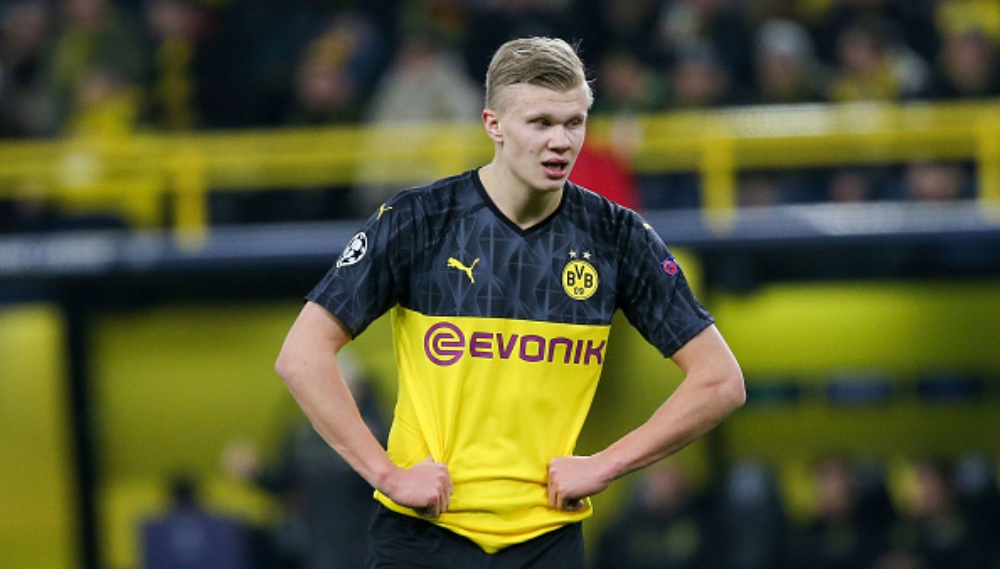 Chelsea are once again in search of another striker and have identified Borussia Dortmund star Erling Haaland as their top priority. The Blues spent nearly 250 million in the summer, but haven’t got the expected results as new signings have failed to show their quality on a consistent basis. Under-performing attackers are one of the major concerns for Frank Lampard this season and the Englishman hopes that the Norwegian could be the answer. Chelsea Reignite Interest in Borussia Dortmund Star.

According to a recent report from The Athletic, Chelsea are plotting a club-record bid for Norwegian starlet Erling Haaland. The Norway international has a €75 million (£67m/$91m) release clause in his current contract, but it doesn’t become active until 2022, which means Borussia Dortmund will ask a higher price to let one of their star players go. Borussia Dortmund Star Erling Haaland Wins 2020 Golden Boy Award.

However, as per the publication, Chelsea considers the Borussia man to be their main target and Frank Lampard is also eager to add the 20-year-old to his ranks as he believed that the Norwegian will allow the Blues to compete to a greater extent in the Premier League and the Champions League.

Erling Haaland has been of the best forwards in the world since his move to Borussia Dortmund in January 2020 and has attracted several European heavyweights. The 20-year-old has been in sensational form this season as well, scoring 19 goals and assisting thrice in just 17 appearances this season.

(The above story first appeared on Reportr Door on Jan 18, 2021 06:04 PM IST. For more news and updates on politics, world, sports, entertainment and lifestyle, log on to our website reportrdoor.com).