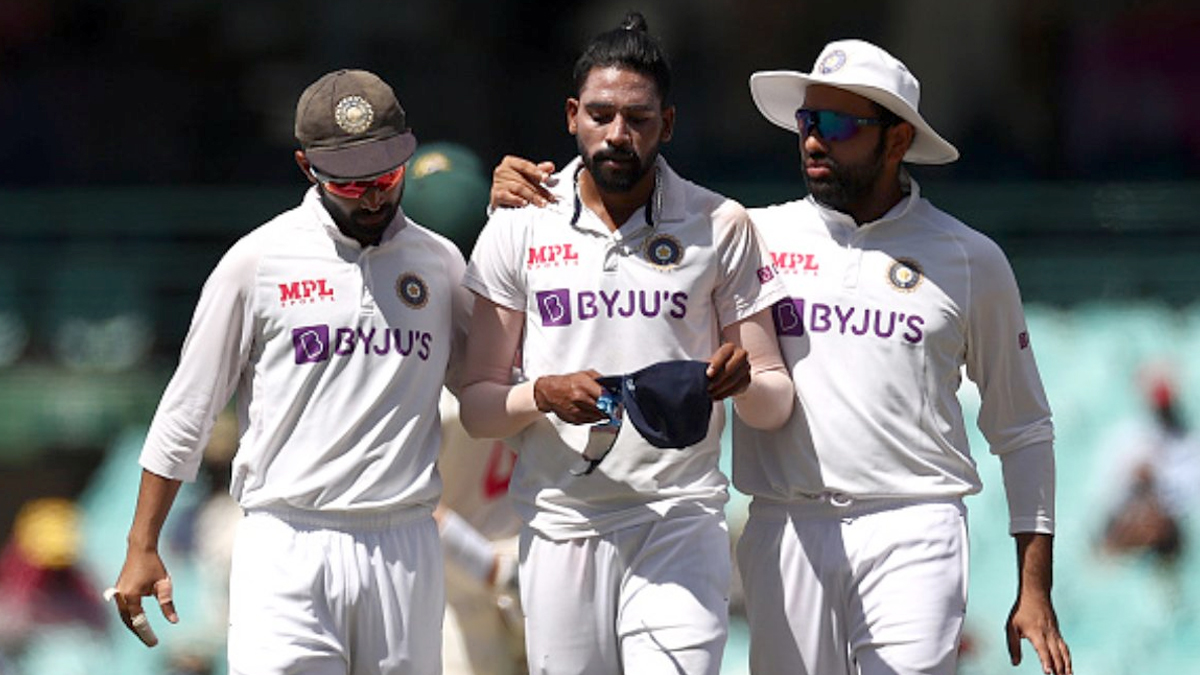 The newly-formed selection committee is set to meet on January 19 (Tuesday) to pick the Indian team for the first two Tests against England. The meeting will be the first for the Chetan Sharma-headed panel and will also be attended by India captain Virat Kohli and head coach Ravi Shastri over Zoom calls. Kohli is currently on paternity leave but will lead then Indian side against England, which is set to start with the first Test in Chennai from February 5. Mitchell Starc Gives Australia Injury Scare Ahead of the Final Day of IND vs AUS 4th Test Match in Brisbane.

The new national selection committee comprises of Sunil Joshi, Debasis Mohanty, Harvinder Singh and Abey Kuruvilla. They are expected to keep a similar squad picked for the Australian tour. According to a report from Cricbuzz, the selectors will not make much changes to the squad they had picked for the tour of Australia. Who Will Get the Border Gavaskar Trophy if Brisbane Test and Series Ends in a Draw?

Ravindra Jadeja and Hanuma Vihari are, however, out from the home series against England after suffering injuries during the third Test match against Australia in Sydney. Jadeja fractured his left thumb and has been ruled out for at least six weeks after undergoing surgery while Hanuma Vihari suffered a grade 2 hamstring tear and is also out of the England series.

The committee will, however, have to make calls on Ravichandran Ashwin and Jasprit Bumrah, who are not playing the fourth Test due to injuries. Bumrah faced problem in his abdomen in Sydney while Ashwin tweaked his back. Mohammed Shami, who was ruled out of the Test series after a fracture in his right arm, and Umesh Yadav (calf injury) are also doubtful.

England’s tour of India is set to begin with the four-match Test series, the first two of which will be played in Chennai. The series will start with the first Test from February 5 and Test leg will be followed by the three-match T20I series and the ODI series in Pune.

(The above story first appeared on Reportr Door on Jan 18, 2021 09:15 PM IST. For more news and updates on politics, world, sports, entertainment and lifestyle, log on to our website reportrdoor.com).