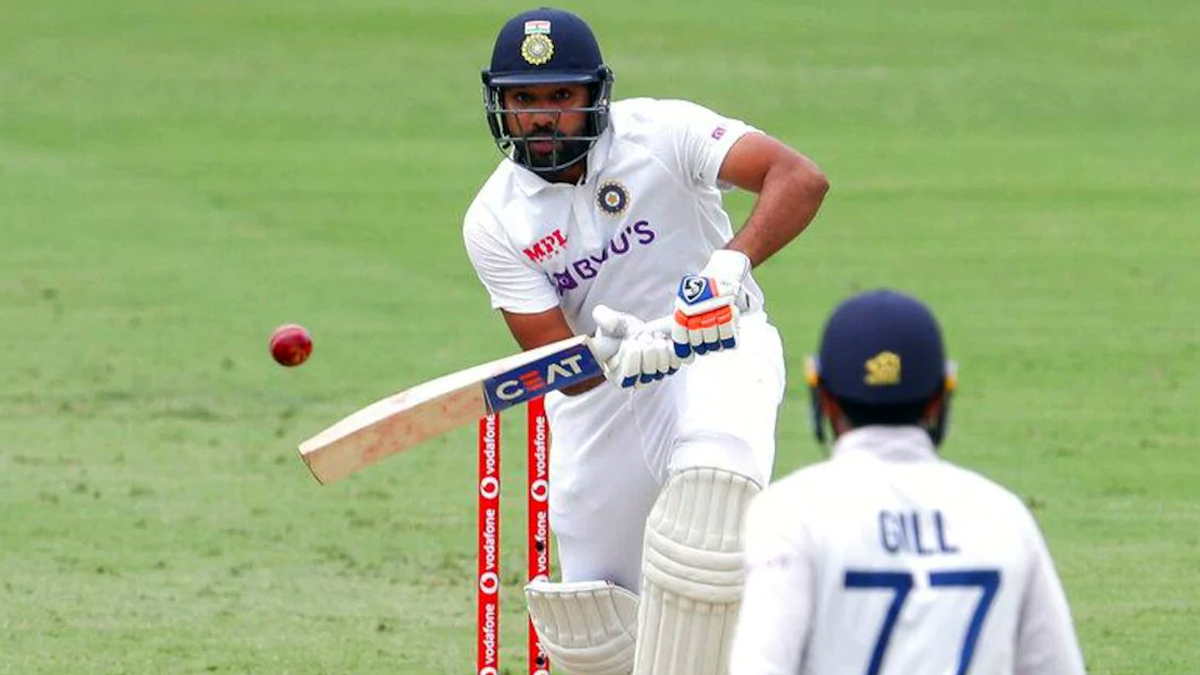 India will hope to chase down a 329-run target and clinch successive Test series win in Australia when play resumes on day 5 of the IND vs AUS fourth Test in Brisbane on Tuesday. Openers Rohit Sharma and Shubman Gill were at the crease with only 1.5 overs managed in the second innings as rain curtailed more overs on the penultimate day of the India vs Australia Test series. The visitors were set 329 runs to win with a day and couple of overs remaining in the IND vs AUS 4th Test. Meanwhile, if you are looking for the live telecast, live streaming online and other details for day 5 of the India vs Australia fourth Test, please scroll down. Who Will Get the Border Gavaskar Trophy if Brisbane Test and Series Ends in a Draw?

The visitors were 4/0 as rain forced early stumps again on the eve of the final day of their tour of Australia. With 10 wickets still in hand, India will certainly start day 5 looking to chase down the target and secure consecutive series wins in Australia. Australia, on the other, will look to avoid the embarrassment of successive home series defeats to India and chase a win. A series defeat against an Indian side depleted by injuries and playing almost a second-string side could likely bring national shame for the hosts. Virender Sehwag on Mohammed Siraj After Picking Maiden 5-Wicket in Test Cricket Says ‘The Boy Has Become a Man on This Tour’.

The fourth Test match between India and Australia is being played at The Gabba in Brisbane. Day 5 of the Test will be played on Tuesday (January 19) and the game is set to start at 05:00 am IST (Indian Standard Time).

Fans can catch the live telecast of IND vs AUS 4th Test match on Sony Sports. Sony Pictures Network holds the official broadcasts rights for India’s Tour of Australia 2020-21. Fans can follow the live-action of the India vs Australia on Sony SIX, Sony TEN 1, and Sony TEN 3 channels. The Test match will not be live on DD Sports for DD Free Dish users. Sony TEN 3/HD will live telecast the game in Hindi.

Fans can also follow the India vs Australia 4th Test match online. Live streaming will be available on Sony Network’s OTT platform SonyLiv. Fans can catch the live streaming of Day 5 of the IND vs AUS 4th Test by either downloading the SonyLiv app or vising sonyliv.com. JIO and Airtel subscribers can also watch the game live on JIO TV and Airtel XStream apps.

Live-action of India vs Australia 4th Test match will also be available on radio. Fans can tune in to All India Radio and listen to the live commentary for day 5 of IND vs AUS 4th Test match. Prasar Bharti Sports’ YouTube channel will also be live streaming the match with radio commentary.

(The above story first appeared on Reportr Door on Jan 19, 2021 12:02 AM IST. For more news and updates on politics, world, sports, entertainment and lifestyle, log on to our website reportrdoor.com).