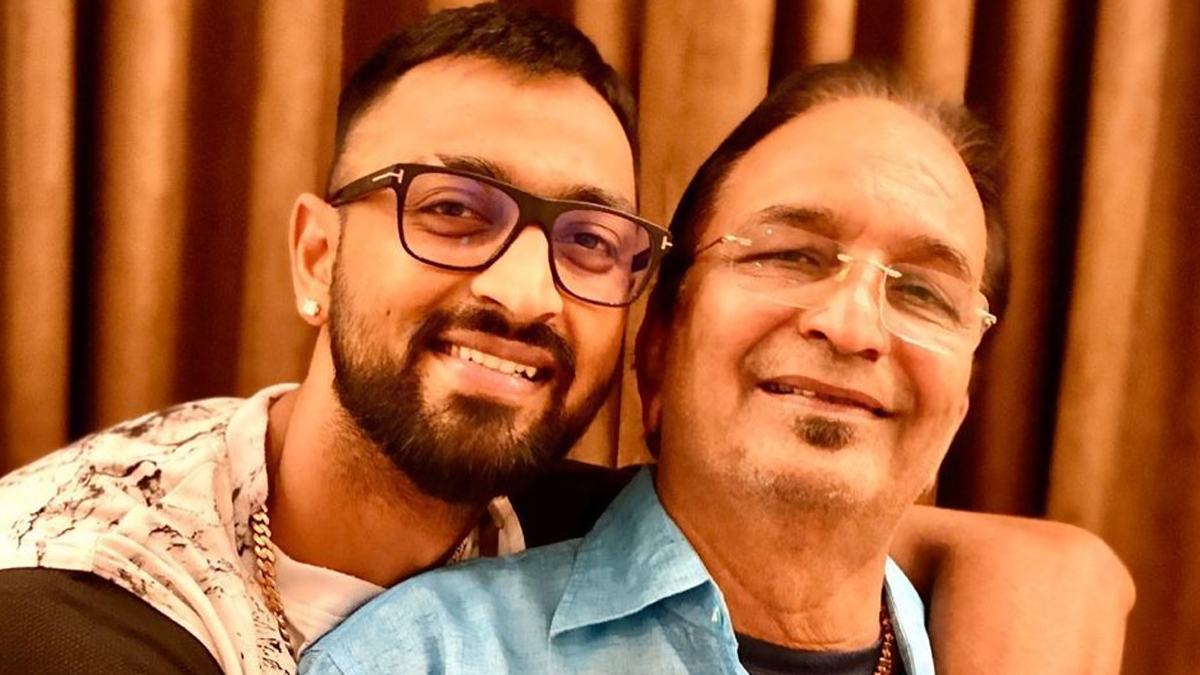 A day after his brother Hardik Pandya penned an emotional note to his late father Himanshu, Krunal also took to social media to share a video montage of some beautiful moments spent with his father and wrote a lovely tribute for his daddy. Himanshu Pandya passed away on January 16 (Saturday) afternoon after suffering a heart attack at his home. Krunal, who was leading Baroda in the Syed Mushtaq Ali Trophy 2021, left the bio bubble and returned home. “100 volumes of books won’t be enough to describe you and my feelings,” Krunal wrote in the emotional post on Instagram. Hardik Pandya Pens Down Emotional Post Following his Father’s Death, Says “Difficult to Accept That You Have Left Us”.

“We are standing here because of you. I am here because of you. To lose you is one of the most difficult things to accept for me. You have left us with so many good memories, I can only laugh and smile when I think of you,” he said. You equally worked hard for us to be here… I will want to celebrate your life because you lived to the fullest! You will stay with me forever.” Virat Kohli Condoles Death of Krunal and Hardik Pandya’s Father Himanshu Pandya.

Krunal described how he enjoyed fighting, irritating, gossiping and laughing with his father. He recalled how his father wanted to click one picture with him before he left for the Syed Mushtaq Ali tournament and came to drop him at the airport. “Hope we keep making you proud all the way through. I will miss you Dhosa! My hardcore old man. My Rockstar and Most of all My teacher” Krunal ended his note. Take a look at his Post.

The team India and Mumbai Indian all-rounder was in fine form in the T20 tournament and had also hit a match-winning 76 to lead his side to a victory against Haryana. He had also picked four wickets in three matches before exiting the bio bubble to return his following his father’s passing.

(The above story first appeared on Reportr Door on Jan 18, 2021 05:57 PM IST. For more news and updates on politics, world, sports, entertainment and lifestyle, log on to our website reportrdoor.com).