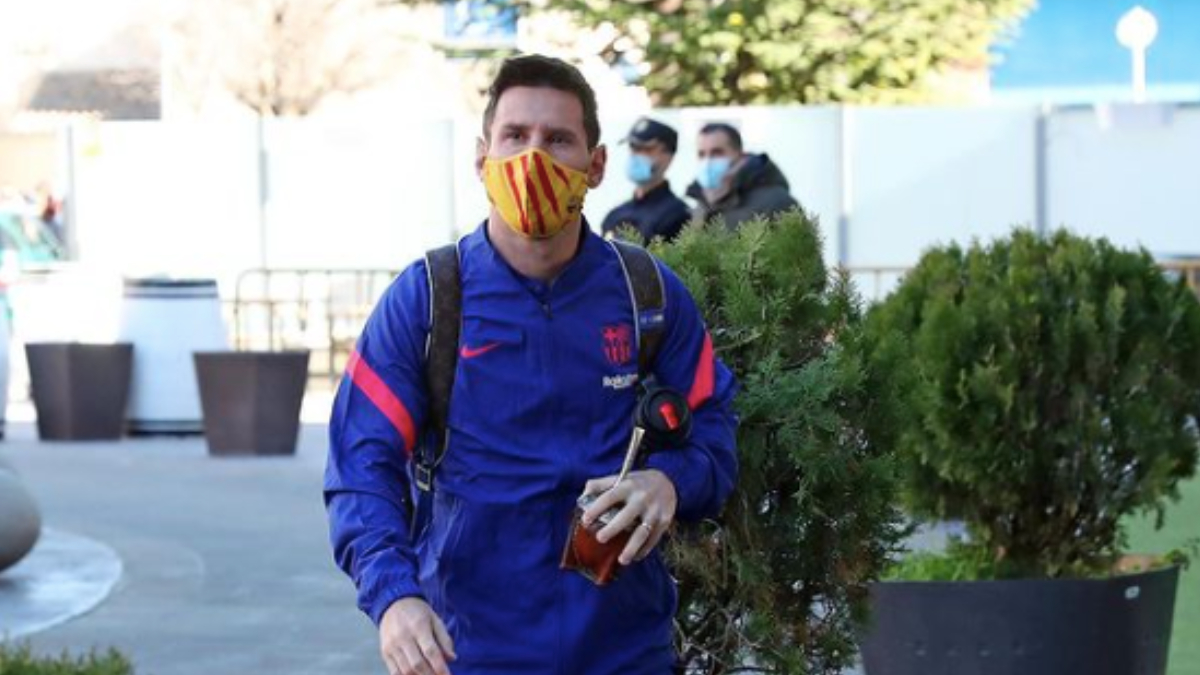 Lionel Messi was sent off for the first time in his Barcelona career after seeing a direct red in the Spanish Super Cup clash against Athletic Club in Seville on Sunday. The Catalans lost the 3-2 on the night, but risk losing their captain for several games depending on how the competition committee categorizes the foul. This was the 33-year-old’s first sending off in 753 appearances for the Blaugranas. Barcelona Manager Ronald Koeman Reacts to Argentine’s Sending Off in Spanish Super Cup 2021 Final.

The Barcelona skipper was sent off in the finals of the Spanish Super Cup during the added time for violent conduct against Athletic club forward Asier Villalibre in an off-the-ball incident that was spotted by VAR. According to the rules of RFEF, the following ban will be carried out in all domestic competitions including the La Liga and Copa del Rey. Athletic Bilbao 3–2 Barcelona, Supercopa De Espana Final Goal Video Highlights.

According to reports, Lionel Messi is likely to face a two-game ban for his foul but the punishment could be doubled depending on how the committee categorizes the dismissal. The Barcelona skipper is likely to miss the upcoming Copa del Rey clash against local rivals and third-division side Cornella, which the 33-year-old wasn’t expected to start either way due to his recent injury struggles.

In addition to it, Lionel Messi will miss next weekend’s La Liga clash against Elche. However, if the ban is longer, the 33-year-old could also miss the next round of the Copa if Barcelona progress and the match against Athletic at Camp Nou at the end of the month. The official decision will be made in a couple of days time.

‘I can understand what Messi did, I don’t know how many times they fouled him, and it’s normal to react when they keep trying to foul you as a player who is looking to dribble with the ball, but I need to see it again properly,’ said Barcelona manager Ronald Koeman about his star players sending off.

(The above story first appeared on Reportr Door on Jan 18, 2021 04:23 PM IST. For more news and updates on politics, world, sports, entertainment and lifestyle, log on to our website reportrdoor.com).