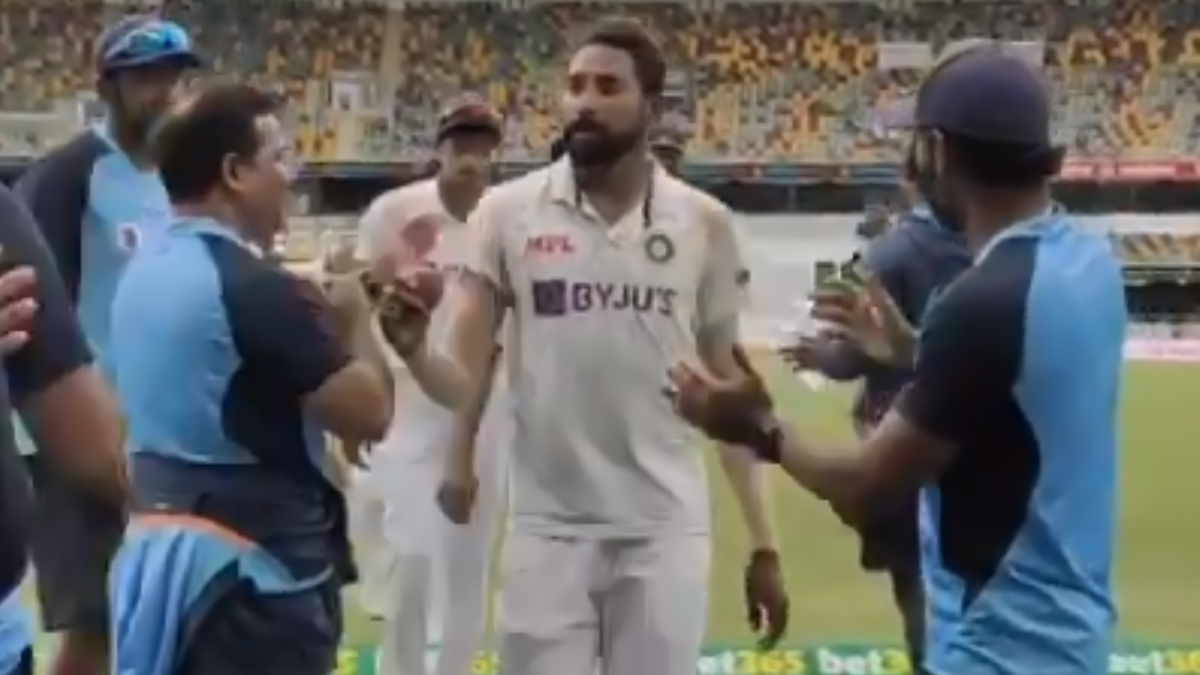 Mohammed Siraj led the Indian team towards the dressing room after bowling a sensational spell at the Gabba in Brisbane. The right-arm pacer made the red cherry talk in the third innings and scalped his maiden five-wicket haul in Test cricket. He dismissed the likes of Steven Smith and Marnus Labuschagne with his thunderbolts as the Aussies got bundled out for 294 runs in their second innings. Notably, Siraj became the first Indian to scalp a five-for in this series. His effort was highly appreciated by his teammates and the 26-year-old received a warm welcome in the dressing room. India vs Australia 4th Test 2021 Stat Highlights Day 4.

All the odds were against Siraj ahead of the game as speed merchants Jasprit Bumrah, Umesh Yadav and Mohammed Shami were ruled out the final fixture. Hence, the Andhra Pradesh pacer, who made his Test debut in the second match of the series, had the onus to lead a rookie bowling attack. However, Siraj accepted the challenge with both hands and bowled his heart out. After picking a solitary wicket in the first innings, the youngster looked more lethal in the second innings as he rattled Australia’s batting order. Mohammed Siraj Takes Maiden Five-Wicket Haul in Tests; Cricket Community Praises Indian Pacer.

Not to forget, Siraj lost his father on November 20 and had the option to fly back home. However, he decided to stay with his national team to don the Indian jersey. Moreover, he was racially abused during the third Test at the Sydney Cricket Ground (SCG). Nevertheless, his moral and motivation never looked down, and his teammates didn’t miss out to appreciate his efforts.

Meanwhile, the fourth and final Test remains poised after day four with Australia needing ten wickets and India requiring 324 more runs to win the game. The game, however, is marching towards a draw with the final day expected to witness rain. Notably, the on-going Brisbane clash is a decider with the series currently levelled at 1-1.

(The above story first appeared on Reportr Door on Jan 18, 2021 03:08 PM IST. For more news and updates on politics, world, sports, entertainment and lifestyle, log on to our website reportrdoor.com).