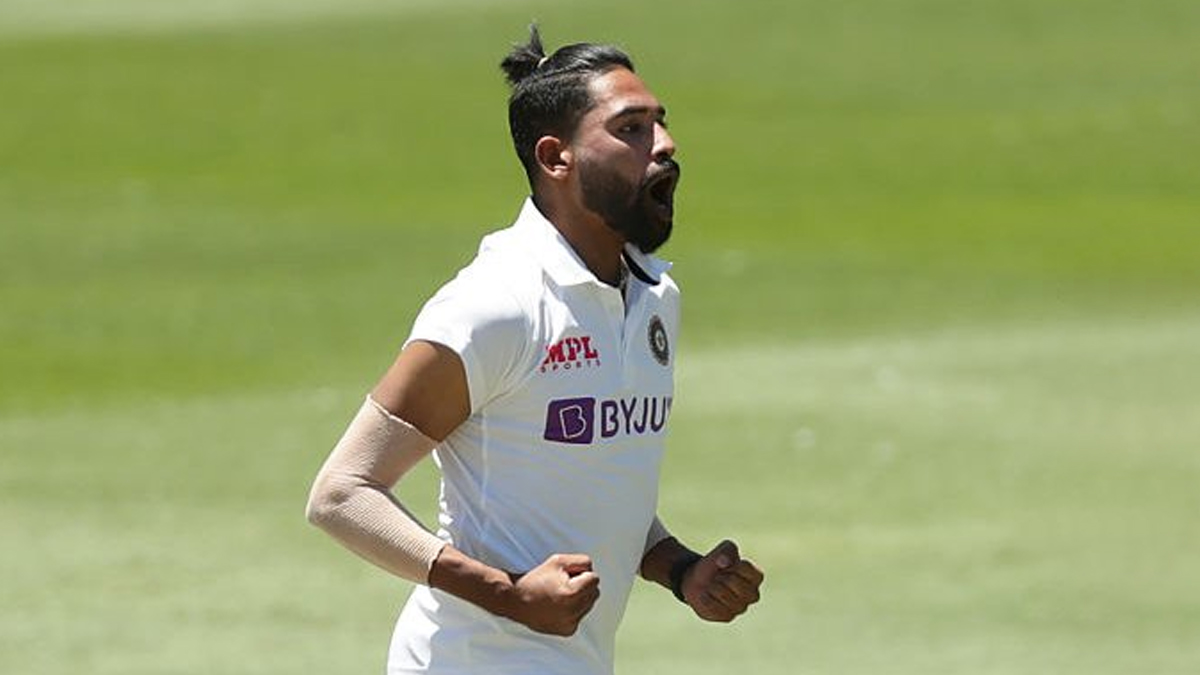 Brisbane, January 18: India pace spearhead Mohammed Siraj picked his maiden five-wicket haul on Monday, but the tour Down Under hasn’t been a bed of roses for the youngster.

Siraj lost his dad in November last year, but didn’t travel back to India for the last rites due to bio-bubble restrictions with an eye on the coronavirus pandemic. If this wasn’t a blow enough, he was subject to racial slur on day two and three of the Pink Test in Sydney, and a formal complaint was filed by the Indian team. Siraj also had to face the brunt of an unruly crowd on the fourth day. Mohammed Siraj Vows To Fulfil His Late Father’s Last Wish of Making India Proud, Says ‘I Lost the Biggest Support of My Life’.

But the Hyderabad speedster defied all odds and came out firing on all cylinders on day four of the series decider at The Gabba. Siraj revealed that it has been very tough for him, but a phone call from his mother gave the pacer much-needed confidence to go out and express himself.

“I am thankful that I was able to pick five wickets as it was a very tough situation for me after my dad passed away. But after talking to my mom at home, I gained some confidence. The call with my mom made me mentally strong. My focus was to fulfill my dad’s wish,” said Siraj while replying to a query from ANI.

Siraj in the fourth Test showed why he was trusted to lead the attack after Jasprit Bumrah couldn’t get ready for the game despite trying till the eleventh hour on Friday.

“I want to thank god that I got the chance to play for India as it was my dad’s wish too. If he was alive today, he would have been very happy. But I know his blessings were with me and I am speechless after my performance,” said Siraj.

In the final session, with rain playing spoilsport, the Indian openers Rohit Sharma and Shubman Gill could face just 1.5 overs on the fourth evening before the umpires decided to call for early stumps. India needs 324 runs on the final day with 10 wickets in the bag at Australia’s fortress — The Gabba.