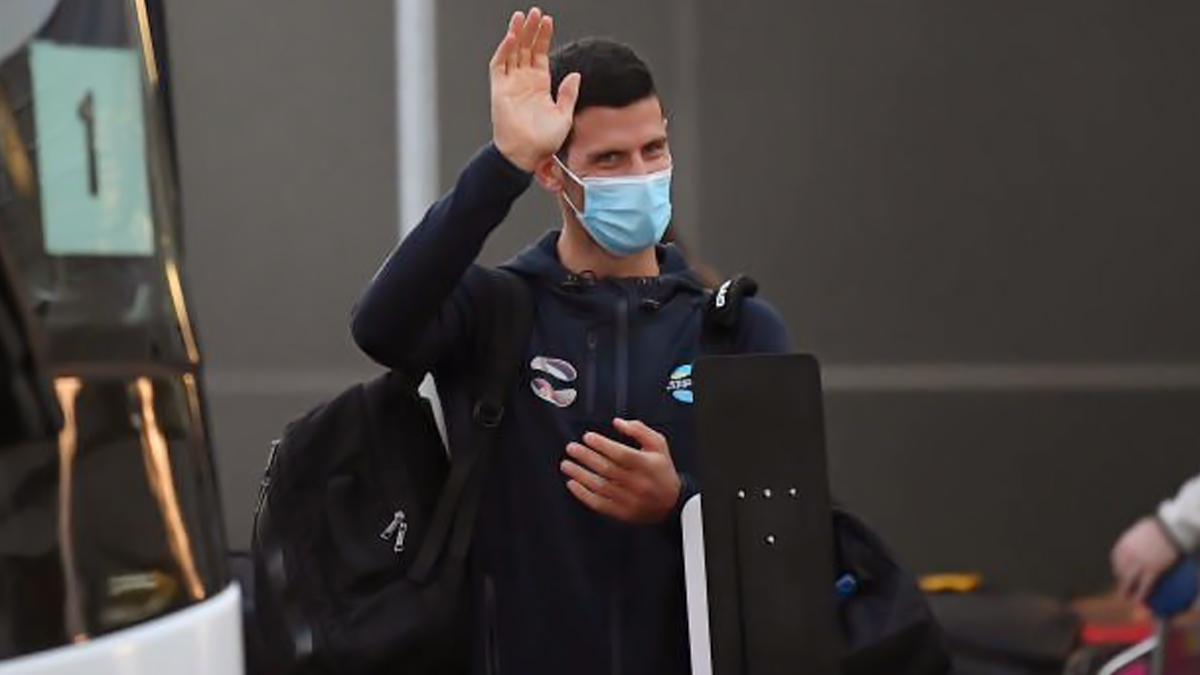 Victorian Premier Daniel Andrews has rejected Novak Djokovic’s reported list of demands ahead of Australian Open 2021. The World No. 1 Tennis star, as per reports, wrote to Australian Open tournament director Craig Tiley asking to ease down the quarantine restrictions and provide some other facilities as well. As many as 72 Tennis players have been put in quarantine in Adelaide after a person on a third flight into Melbourne returned a positive test. The strict isolation restrictions didn’t go down well with many players as they can’t train for as many as 14 days. Australian Open 2021: 72 Tennis Players in Hard Quarantine After COVID-19 Cases on Flights.

Citing the problems, the Serbian Tennis ace wrote to Tennis Australia, demanding more fitness and training equipment in players’ hotel rooms alongside ‘better’ food. Djokovic also insisted that as many as possible players should be moved to private houses to train for the gala tournament.

However, Victorian Premier Daniel Andrews isn’t amused with Djokovic’s wishes as he rejected the list, saying the public health advice is where those rules came from. “People are free to provide lists of demands, but the answer is no. I know that there’s been a bit of chatter from a number of players about the rules. Well, the rules apply to them as they apply to everybody else, and they were all briefed on that before they came, and that was the condition on which they came,” Andrews said.

“There’s no special treatment here. Because the virus doesn’t treat you specially. So neither do we. There’s still plenty of time for the two weeks, plenty of time for two weeks of quarantine and a buffer that’s built-in before February 8 before the tournament starts,” he added.

(The above story first appeared on Reportr Door on Jan 18, 2021 10:49 AM IST. For more news and updates on politics, world, sports, entertainment and lifestyle, log on to our website reportrdoor.com).