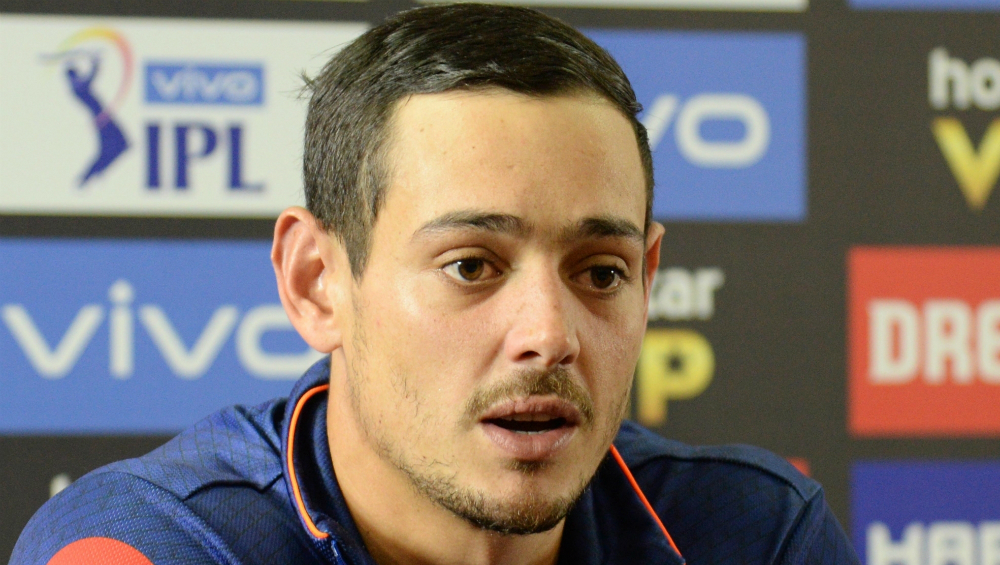 Karachi, January 18: South Africa skipper Quinton de Kock has admitted that security was a point of concern before the side reached Pakistan to play the upcoming two-match Test series. Pakistan and South Africa will be locking horns in the two-match Test series, beginning January 26. The two-match series will be a part of the World Test Championship (WTC). The Proteas had arrived in Pakistan on Sunday and the side has also begun their training. All the players are allowed to go outside just to train.

“When we were coming here, security was a concern, if not the biggest concern. And then we landed here, we saw the security that was going on and everyone became calmer. Over the days, it’s become less worrying. We have been able to focus more on cricket. On the plane, people spoke about, ‘what about this and what about that?’ But when we landed here we saw the amount of security – it’s something to be seen. They’ve taken so many measures, we can actually feel comfortable and focus on the cricket and not worry at all,” ESPNCricinfo quoted de Kock as saying. South Africa Announces 21-Member Squad for Pakistan Tour.

“You carry on because people want to watch good cricket and watch you perform. That’s something that keeps you motivated. But I’ve only been home for three weeks, if that, over the last five or six months. It’s been tough but I’m soldiering on. With thoughts of fishing as far from his mind as he can get them, perhaps,” he added.

South Africa is currently being afforded a state security presence and spinner Tabraiz Shamsi had posted images of armed guards escorting the team from the airport to their base. They will also receive similar treatment when traveling to the match venue and between cities.

When asked about whether bubble life will take a toll on the mental health of players, de Kock replied: “We are across the road from the training facilities and we are only allowed in our rooms and the team room,” de Kock said when asked what he thought of Pakistan so far. “But the rooms look quite nice, at least. It’s not easy, from an emotional side and a mental side [to be isolated]. Pakistan vs South Africa 2021: Aleem Dar Delighted to Officiate in His First-Ever Test at Home.

You are trying to keep yourself mentally stable and perform for your country.”