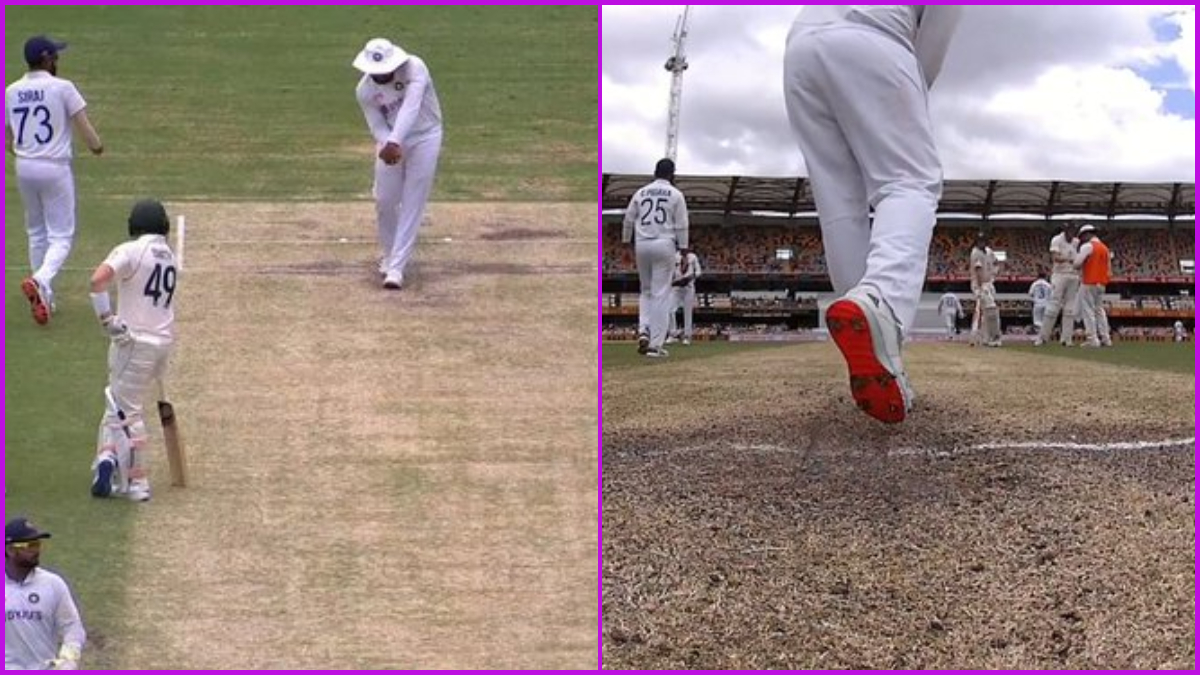 Brisbane, January 18: India opener Rohit Sharma was seen shadow practicing at the crease as Australia batting mainstay Steve Smith — who was accused of scuffing up the area around the batting crease during the third Test while Rishabh Pant was batting — looked on in the opening session of the fourth day of the final Test at The Gabba on Monday.

India’s Test deputy Rohit did some shadow practice in a jovial manner while changing ends after an over. Unlike Smith, there was no marking of guard from Rohit. On the final day of the third Test, Smith was seen scuffing up the area around the batting crease at the Sydney Cricket Ground and the batsman’s gamesmanship was questioned on social media as Rishabh Pant had to take fresh guard. India vs Australia 4th Test 2021 Day 4 Live Streaming Online on DD Sports, Sony LIV and Sony SIX: Get Free Live Telecast of IND vs AUS on TV, Online and Listen To Live Radio Commentary.

Smith was shocked and disappointed to see the reaction that came in after what the former skipper called a ‘habit’. “I have been quite shocked and disappointed by the reaction to this. It’s something I do in games to visualise where we are bowling, how the batter is playing our bowlers and then out of habit I always mark centre,” Smith told the Daily Telegraph, as reported by Fox Sports. Steve Smith Allegedly Scruffs Out Rishabh Pant’s Guard During IND vs AUS 3rd Test at SCG, Virender Sehwag and Others Slam Australian Cricketer’s ‘Dirty Tricks’ (Watch Video).

Ahead of the final Test, Team India’s batting coach Vikram Rathour said wicket-keeper batsman Pant was unaware of the ‘pitch scuffing’ done around the batting crease during the third Test.

“Basically, we didn’t even know about the incident. We knew only after the game when the media picked it up. As a batsman, Rishabh Pant wasn’t even aware. I wouldn’t like to comment as it hardly mattered,” Rathour said on Thursday.

Meanwhile, the match is evenly poised after Mohammed Siraj struck twice in one over while debutants Shardul Thakur and Washington Sundar picked a wicket each as Australia faltered after a good start.