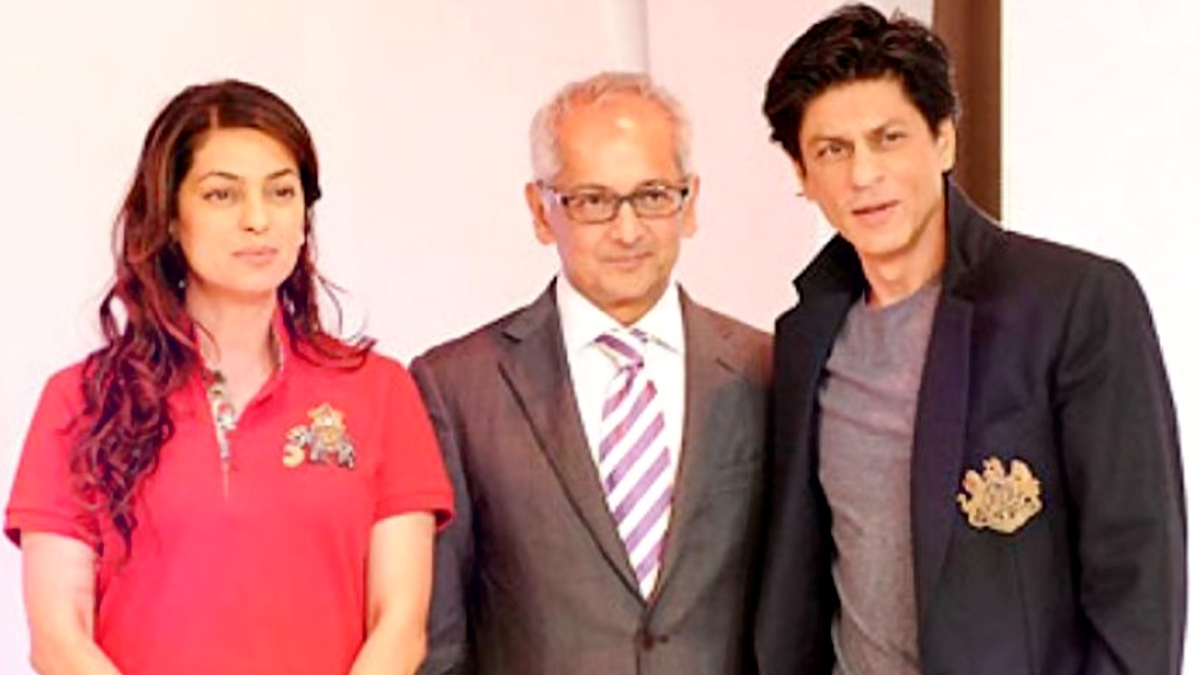 Bollywood superstar Shah Rukh Khan on Monday teased his fans with a tweet, asking if he is affable or not. The superstar’s post came in response to a tweet posted by the official account of Kolkata Knight Riders wishing the team’s co-owner Jay Mehta a happy birthday. “To the most affable gentleman in our set-up. Happiest birthday to our very own #JayMehta! May this year reap unbridled joy, success, and good health #KKR #HappyBirthdayJayMehta,” reads the tweet posted by KKR. Shah Rukh Khan Talks About Knight Riders’ Investment in USA’s MLC, KKR Co-Owner Says Partnership With American Cricket Enterprises and US Cricket Will Grow Into Something Special

Reacting to this tweet, SRK wrote: “Happy Birthday to Jaybhai and all our love to him… but I am not affable or what??!!!” Fans of the superstar responded to his tweet showering him with their love and appreciation. “Coz u r the most affable person in the world,” commented a fan. “Love you infinite times sir,” expressed another fan. “Love you king..See you all in the Big screen in 2021 : #ShahRukhKhan..” wrote another fan. Aamir Khan’s Laal Singh Chaddha, Shah Rukh Khan’s Pathan, Salman Khan’s Radhe – How 2021 Promises Box Office Revival with These Bollywood Projects

To the most affable gentleman in our set-up 🥂

Happiest birthday to our very own #JayMehta! May this year reap unbridled joy, success, and good health 🥳#KKR #HappyBirthdayJayMehta pic.twitter.com/G1l9GAhUeM

“#Pathan craze. Announce this movie sir It’ll create havoc at the Box Office,” suggested another fan. Unconfirmed reports suggest that Shah Rukh Khan is currently shooting for his forthcoming film “Pathan”, directed by Siddharth Anand and co-starring Deepika Padukone and John Abraham. As per reports last year, SRK is also scheduled to feature in South director Atlee’s next film. Rumours suggest he has a double role in the film.

(The above story first appeared on Reportr Door on Jan 18, 2021 06:40 PM IST. For more news and updates on politics, world, sports, entertainment and lifestyle, log on to our website reportrdoor.com).