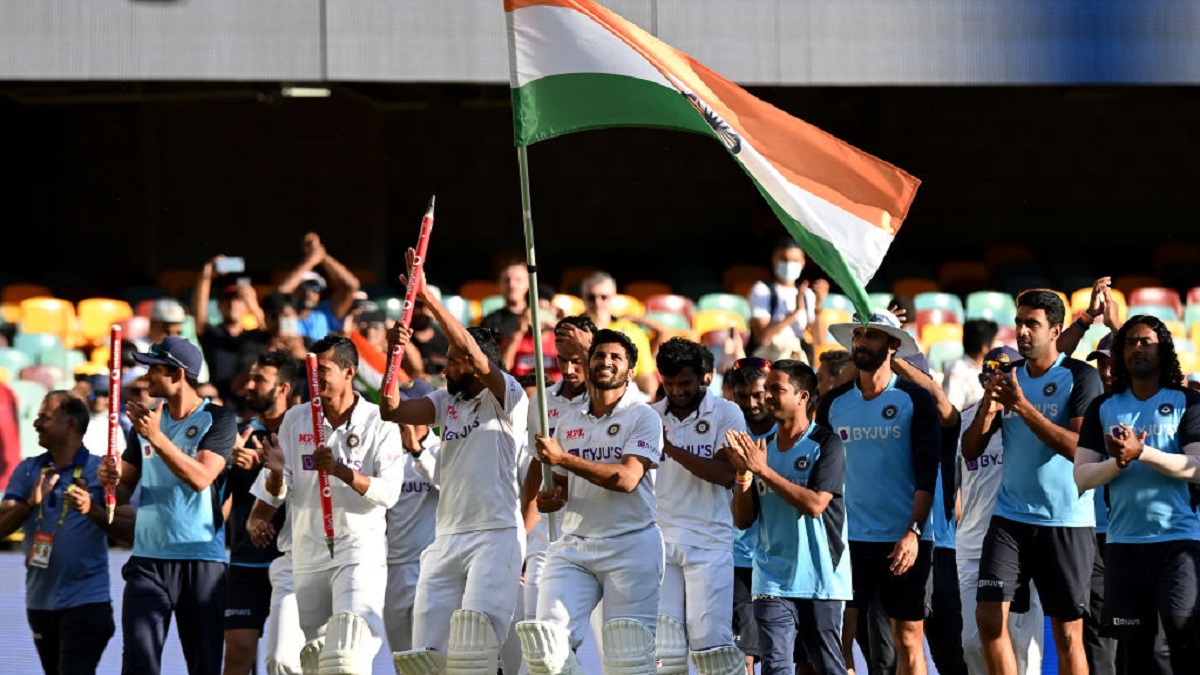 Brisbane, January 19: India on Tuesday became the first team to beat Australia at The Gabba in over 32 years when they defeated the hosts by three wickets in the fourth and final Test and clinched the Border-Gavaskar Trophy 2-1. Chasing 328, India achieved the target in 97 overs with Rishabh Pant remaining unbeaten on 89. Shubman Gill and Cheteshwar Pujara also scored 91 and 56 runs respectively.

West Indies were the last one to beat Australia at what is considered a fortress for the Australian team. In all, Australia had won 40 out of the 62 games they played at the venue prior to this match, losing just eight. Rishabh Pant Guides India to Three-Wicket Win As Visitors Register Historic 2-1 Series Win, Hand Australia Their First Test Defeat at The Gabba Since 1988.

Four of those losses have come against England while three came against West Indies, the last of which was in 1988. One came against New Zealand. India have played seven matches, losing five, drawing one and winning the one in the ongoing series.

This is also the first time Australia have not won at The Gabba since 2012. Back in November 2012, they had drawn against South Africa. Following that draw, they beat England (twice), India, New Zealand, Pakistan (twice) and Sri Lanka.

(The above story first appeared on Reportr Door on Jan 19, 2021 01:41 PM IST. For more news and updates on politics, world, sports, entertainment and lifestyle, log on to our website reportrdoor.com).