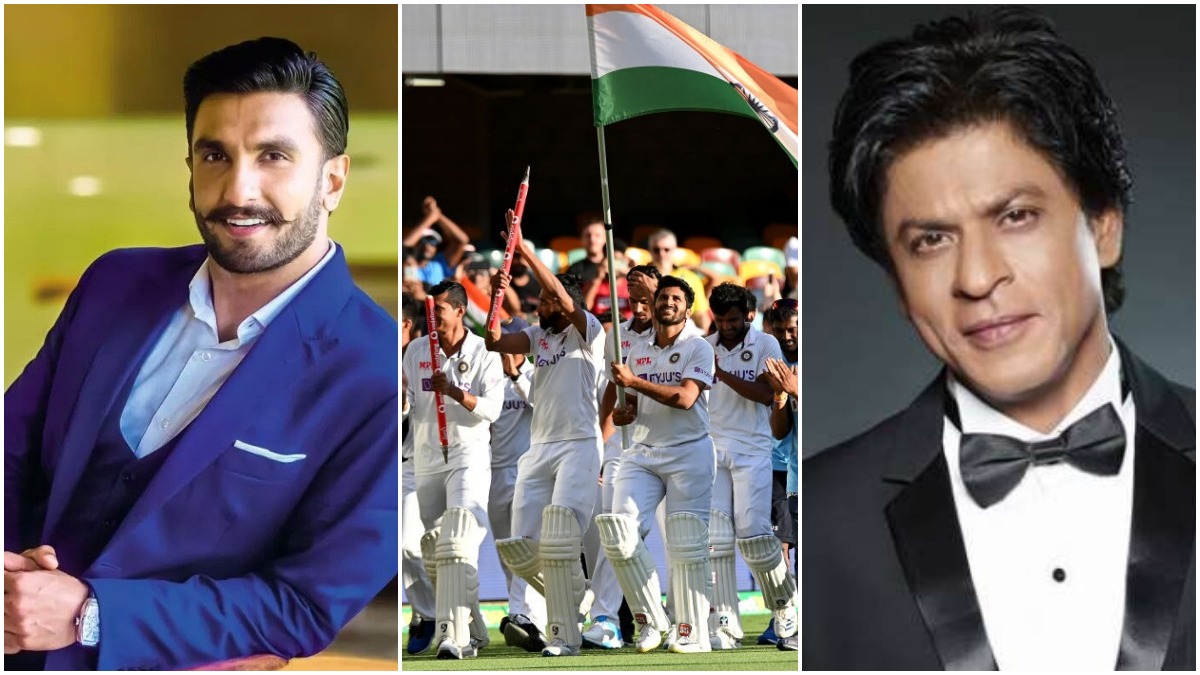 Team India’s glorious win against Australia at The Gabba, the famous cricket ground in Brisbane, has left everyone filled with joy. Be it the commoners, celebs, politicians or members of the Indian cricket, all are on cloud nine to see this historic win. This is the first time ever that Australia has lost at the venue, in its fortress Gabba. The fourth test match between India and Australia, this series, will be remembered by generations. Celebs across industries have showered congratulatory messages on social media on team India’s historic win at The Gabba. Rishabh Pant Leads Team India’s Victory March With National Flag At The Gabba Following Test Series Win Over Australia (Watch Video).

Mollywood star Prithviraj Sukumaran wrote, “Eden Gardens might still be the finest Indian fight back I’ve seen..but as an entire series..this is folklore for the rest of cricketing history! Well played Australia..but you just came up against India next gen! Skill, passion and absolute fearlessness! Cricket Gold standard!” Shah Rukh Khan, Ranveer Singh, Farhan Akhtar and many others have extended heartfelt messages on team India’s win against Australia. Let’s take a look at their posts below: India Beats Australia in Final Test Match at The Gabba in Brisbane; PM Narendra Modi, Rajnath Singh and Other Leaders Praise Team India After Historic Win.

What an absolutely marvellous victory for our team!!! Stayed up all night to watch it unfold ball by ball. Now will sleep peacefully for a bit and savour this historic moment. Love to all our boys and greatly admire their resilience to power us through to this win. Chak De India!

Eden Gardens might still be the finest Indian fight back I’ve seen..but as an entire series..this is folklore for the rest of cricketing history! Well played Australia..but you just came up against India next gen! Skill, passion and absolute fearlessness! Cricket Gold standard!

I have no words. Sport is life. So there’s always hope. Never give up, never give in. Many many many congratulations #TeamIndia @imVkohli @ ajinkyarahane88 @RaviShastriOfc

OMG !!! What a WIN 👊👊 #Gabba has been breached & conquered and with it #TeamIndia moves to the No 1 spot in the World Test ranking 🇮🇳What grit, determination & strength of character shown by the boys in Blue 👏 #INDVAUS #Champions #JaiHind #Thing ❤️ pic.twitter.com/t8mrpkBmjo

#TeamIndia – What a series win this is. What a performance from you guys!

Literally on tears as we have retained the #BorderGavaskarTrophy beating the mighty Aussies 2-1 at their home. Masterclass 🔥#RishabhPant is the man of the moment. Gill, Pujara & Sundar ❤️#AUSVINDtest pic.twitter.com/2wcQ3hJOwn

Tears rolling down my eyes. The last time I got so emotional was at Wankhede when India lifted the WC. Take a bow Team India. Aye aye captain @ ajinkyarahane88 🙏🏽 #INDvsAUS #TeamIndia #GabbaTest pic.twitter.com/SCJXCjZTkz

Incredible. What a historic win!

Congratulations #TeamIndia for retaining the #BorderGavaskarTrophy & achieving the stellar feat of winning at the Gabba. Great show of character from the boys, so proud! 🇮🇳🙌🏼#INDVAUS pic.twitter.com/IervzYX39J

What an epic performance by #TeamIndia! Pocketed the Border-Gavaskar Trophy and breached the Aussie fortress, the Gabba after 32 yrs! #AUSvsIND #GabbaTest #INDvsAUS ✨

The last time that team Australia was defeated at The Gabba was in 1988 by West Indies. Team India has won the series by series 2-1 and retained the Border-Gavaskar Trophy. Rishabh Pant and Cheteshwar Pujara impeccable performance helped team India to achieve this historic win. BRAVO, Team India!

(The above story first appeared on Reportr Door on Jan 19, 2021 02:45 PM IST. For more news and updates on politics, world, sports, entertainment and lifestyle, log on to our website reportrdoor.com).