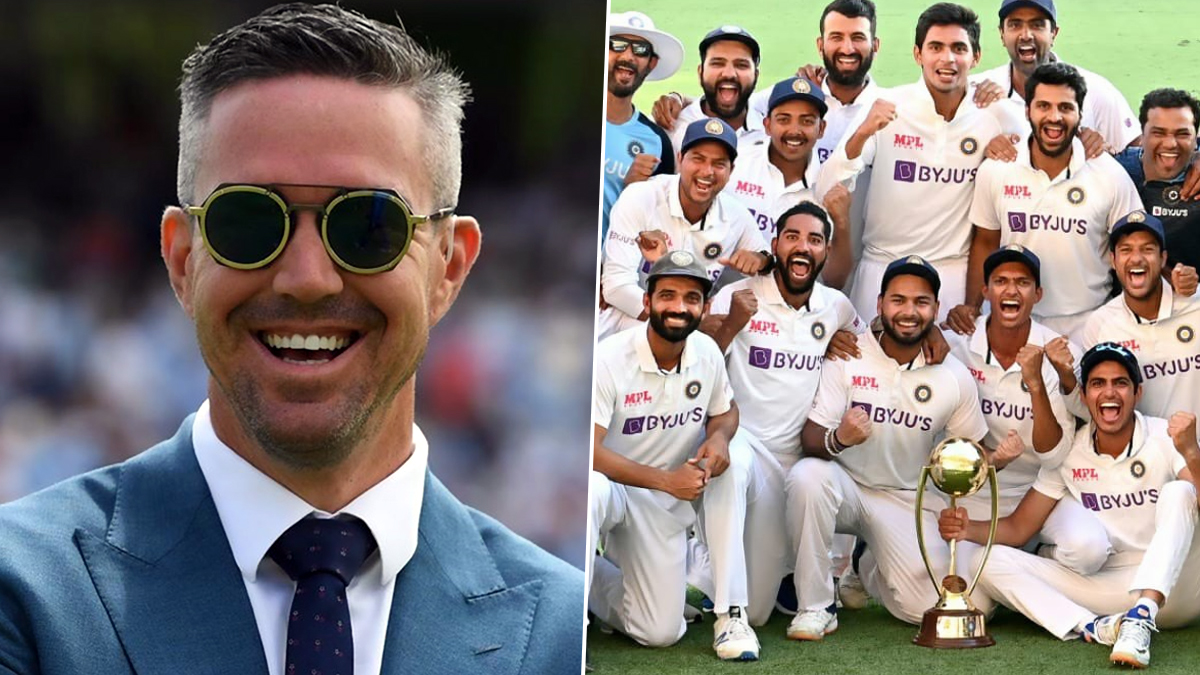 Kevin Pietersen warned India of not going overboard with their celebrations following a historic Test series win in Australia. India beat Australia by three wickets at the Gabba on Tuesday to clinch the four-match series 2-1. Their win also ended Australia’s 33-year unbeaten streak at the Gabba and pinned the Aussies down to consecutive home series defeats to India. Former England cricketer Pietersen congratulated India on the win but warned they are yet to face the ‘ASLI TEAM’. Ishant Sharma in 18-Member Squad for First 2 Test Matches Against England.

His post roughly translates to “India celebrate this historic series win because you have claimed after fighting and overcoming many adversaries. But the real team (England) will arrive after a few weeks. You have to beat them at home. So be careful. Do not go overboard with your celebrations in the next two weeks.” Take a look at his post.

England, who are currently touring Sri Lanka, will arrive in India on January 27 and are set to face the hosts in four Tests, five T20Is and three-match ODIs series respectively. The tour will begin with the opening Test match in Chennai from February 5.

Chennai will also host the second Test before the series moves to Ahmedabad where India and England will clash in a day-night pink-ball Test at the recently renovated Sardar Vallabhai Patel Stadium. It will also host the fourth and final Test of the series as well as all five T20I matches while Pune will play host for the ODI series.

(The above story first appeared on Reportr Door on Jan 19, 2021 07:11 PM IST. For more news and updates on politics, world, sports, entertainment and lifestyle, log on to our website reportrdoor.com).