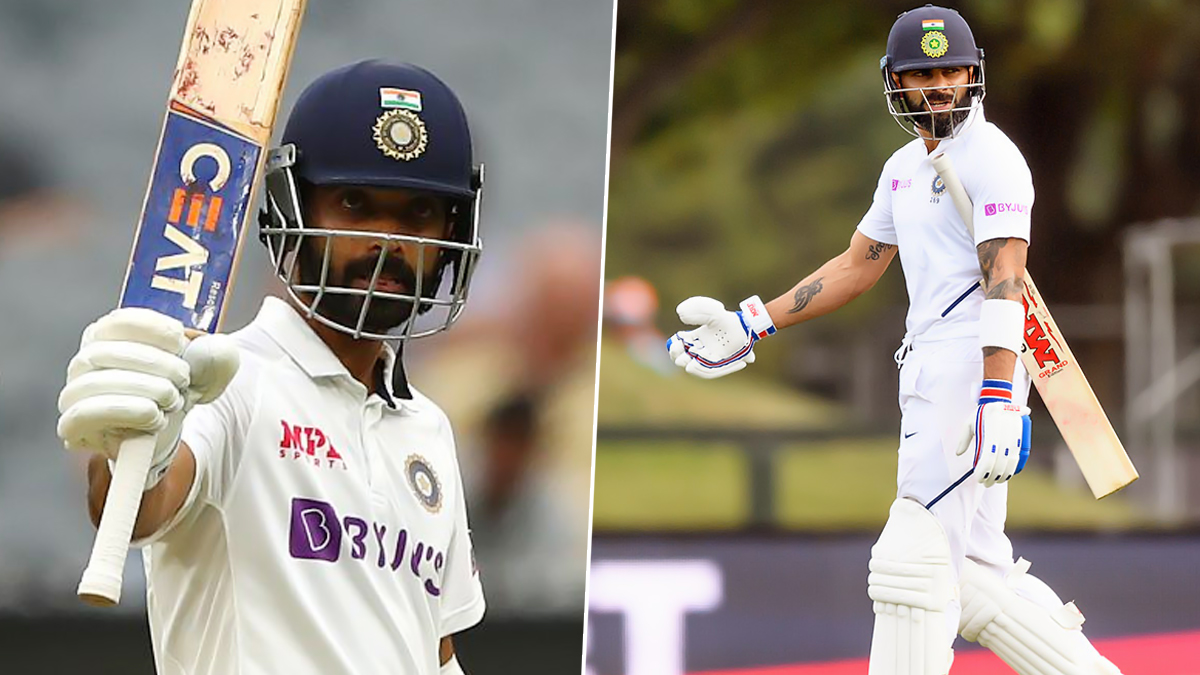 Team India secured a historic series win against Australia after securing a three-wicket win at The Gabba on Tuesday. The Ajinkya Rahane-led side became the first team in 32 years to beat Australia in a Test match at the venue in Brisbane after West Indies did it in 1988. Shubman Gill, Rishabh Pant and Cheteshwar Pujara played brilliant knocks on the final day complementing sensational bowling as India got over the line. Sachin Tendulkar, Virender Sehwag, Wasim Jaffer and Other Cricket Stars Heap Praises on Team India After Historic Series Triumph.

Ajinkya Rahane took over the captaincy duties from Virat Kohi after the regular Indian skipper left the tour to attend the birth of his first child and since then Team India have played some sensational cricket despite missing major players due to injuries. Indian Cricket Team to Receive INR 5 Crore Bonus After Series Win Against Australia, Confirms BCCI.

When Rahane stepped up as the captain for the series, India were already down 1-0 in the series but managed to comeback winning two of the next three games while drawing one on course to sealing a historic win. Following this, Twitterati want the Mumbai cricketer to take over the captaincy mantle from Virat Kohli in the longest format.

Indian Team, If we only have Vada Pav Merchants as our Captain. pic.twitter.com/Q3FLqAt9TI

Team becomes family when Bonds b/w Captain & Vice Captain are like this💙 pic.twitter.com/HlmgmgZhtQ

Speaking of the game, Marnus Labuschagne helped Australia to a decent score in the first innings. India struggled but crawled back courtesy of a brilliant partnership between Washington Sundar and Shardul Thakur, The visitors then impressed with their bowling in the third innings which was complemented by some great batting on the final day to get them over the line.

Australia had won the opening Test but since then Indian sensational came back into the series. The visitors won the second game and then showed great resilience to earn a draw in the third and in the final match secured a historic win with brilliant displays.

(The above story first appeared on Reportr Door on Jan 19, 2021 03:17 PM IST. For more news and updates on politics, world, sports, entertainment and lifestyle, log on to our website reportrdoor.com).