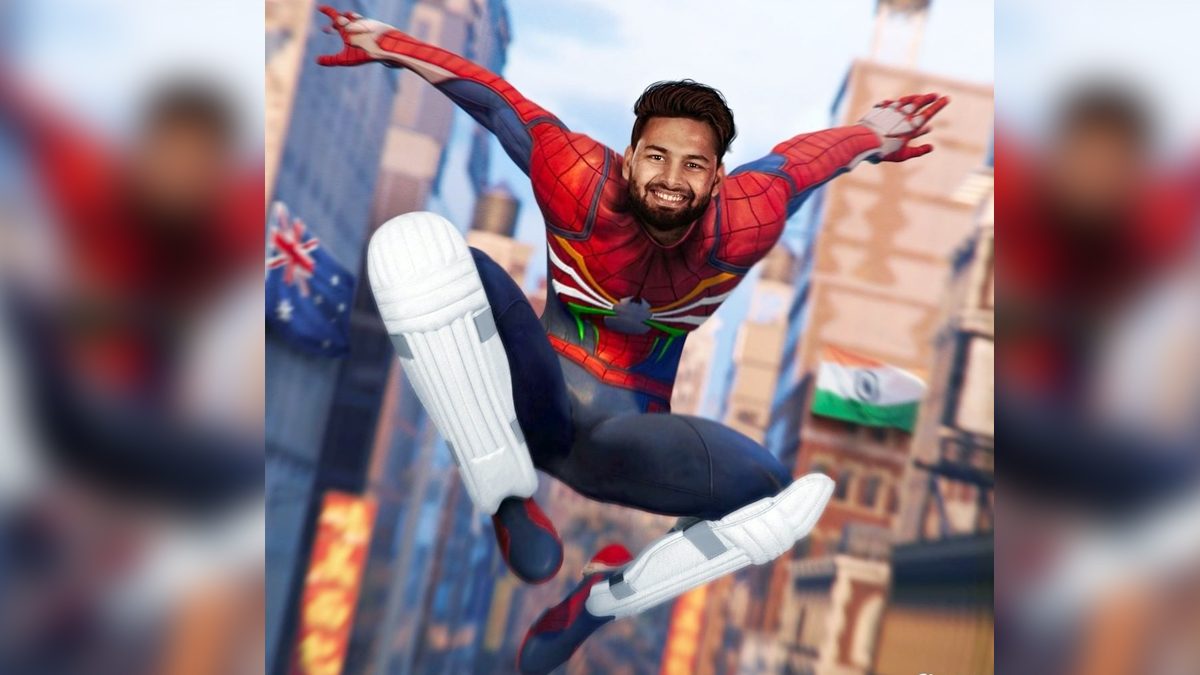 Rishabh Pant is a sheer entertainer. Be it with the willow in his hands or with the gloves behind the stumps, Pant never fails to entertain his teammates and fans. As India and Australia battled hard in a tense penultimate day of the IND vs AUS 4th Test, Pant found a way to cheer up his teammates and singing a self-made Hindi version of the ‘Spiderman’ theme song. Pant later went on to smash Australia out of the series and siege their fortress with a superlative 89-run knock to lead India to a series win. ICC have now joined Rishabh ‘Spiderman’ Pant fest and added a new twist to the song. Rishabh Pant Achieves Career Best Position in ICC Test Batting Rankings, Virat Kohli Drops down to Fourth Spot.

Pant started singing the ‘Spiderman’ song during Australia’s second innings. The incident occurred in the 56th over on day 4 of the final Test. Steve Smith had just been dismissed and captain Tim Paine had arrived at the crease when Pant started humming the ‘Spiderman’ theme song. Pant then took his antics to a different level and started the singing the song in Hindi. The video soon went viral on the internet and inspired a meme fest on social media. Fans labelled Pant ‘spider-pant.’ From Rishabh Pant, Shubman Gill to Mohammed Siraj, Amul Releases New Topical To Celebrate Emergence of India’s Next Generation of Cricketers in Australia.

ICC have now joined the fest and shared a new version of the Spiderman song focussing it on Pant. “Spider-Pant, Spider-Pant / Does whatever a spider can / Hits a six, takes a catch / Guiding India to the match / Look out! / Here comes the Spider-Pant,” ICC shared this verse on Instagram alongside an image of Pant in Spiderman attire. Take a look at the post.

Pant, meanwhile, achieved the highest ranking by an Indian wicket-keeper in Test matches after playing a blinder knock at The Gabba. Pant’s unbeaten 89 guided India to consecutive Test series wins in Australia. He jumped to 13th in the batting charts making him the current highest ranked wicket-keeper batsman in Tests.

(The above story first appeared on Reportr Door on Jan 21, 2021 02:07 AM IST. For more news and updates on politics, world, sports, entertainment and lifestyle, log on to our website reportrdoor.com).