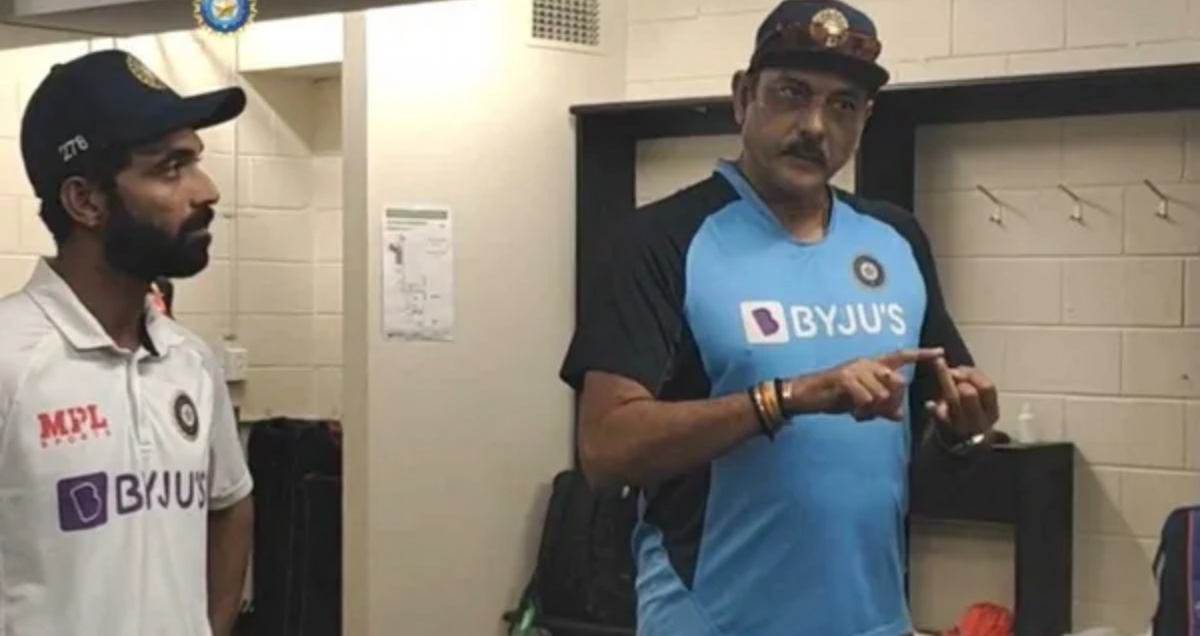 The Gabba was painted with pride as Team India won the historic Test match against Australia. It would be safe to say that it was a team effort wherein everybody chipped in and did their bit for walking away with the match and the series. India won the series by 2-1 by defeating Australia in the fourth Test match by three wickets. Post this, Ravi Shastri had a brief talk with the team wherein he admitted getting emotional after the historic win at the Gabba. In the video which was about a couple of minutes long, Shastri also lauded Rishabh Pant and Team India for the kind of grit they had shown during the game. Ravi Shastri Credits Virat Kohli for India’s Self-Belief and Character After Historic Win in Gabba Test.

While talking about Rishabh Pant, the Indian coach said that he gave heart attacks while batting and every home in India had a doctor. Rishabh Pant scored a stunning knock of 89 runs and his innings will be remembered for a long time. He did not forget to mention the masseurs, et bowlers and others who supported the team for the kind they had offered to the Indian team. The official account of the Indian team shared the video of the same on their social media account.

In the end, he also lauded the stand-in skipper Ajinkya Rahane for making a stunning comeback in the series. Talking about the best performances, Mohammed Siraj was the one who scalped five wickets.

(The above story first appeared on Reportr Door on Jan 20, 2021 10:04 AM IST. For more news and updates on politics, world, sports, entertainment and lifestyle, log on to our website reportrdoor.com).