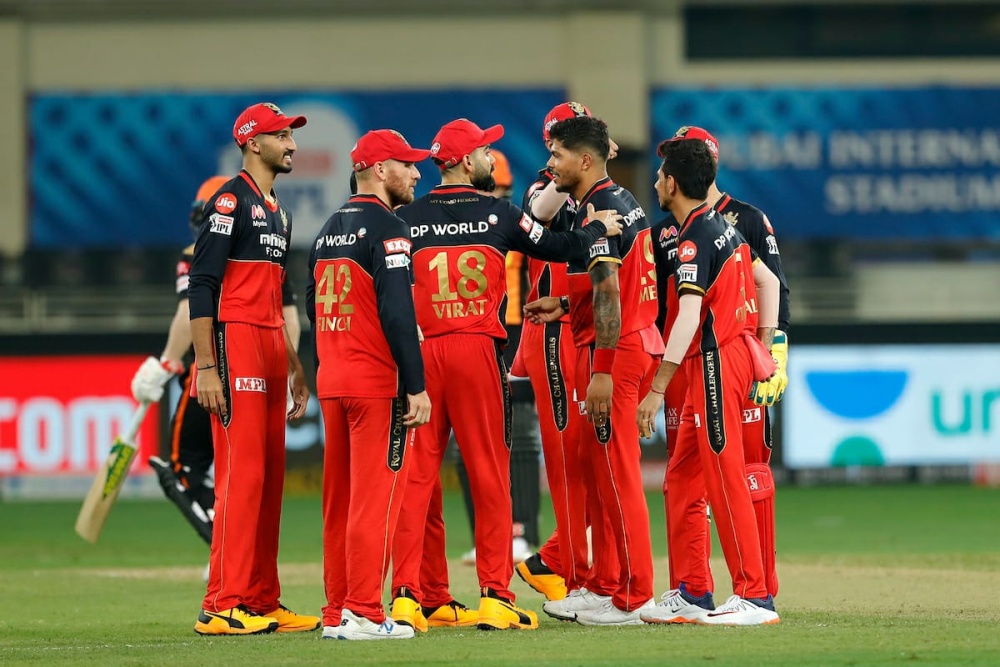 Royal Challengers Bangalore’s wait for an IPL trophy went on further as the Virat Kohli-led side fell short in the playoffs last season. However, RCB will once again have their eyes set on the prize as they look to address the issues in their squad ahead of the latest edition of India’s premier T20 tournament. So here is the list of all players released and retained by Royal Challengers Bangalore ahead of the IPL 2021 auction. IPL 2021 Auction to Take Place on February 11.

RCB were defeated by Sunrisers Hyderabad in the playoffs last season as Virat Kohli’s team once again couldn’t get their hands of the coveted trophy. Bangalore started IPL 2020 in spectacular fashion, but faltered towards the business end, losing four of their last five games in the regular league season and eventually failing in the knockout rounds. Harbhajan Singh Parts Ways With CSK Ahead of IPL 2021 As Veteran Spinner’s Contract Expires.

Bowling had always been a major concern for RCB in the competition but the franchise addressed that issue last season, adding the lies of Chris Morris, Adam Zampa and Mohammad Siraj to their ranks. However, middle-order was left wanting in the previous campaign and Bangalore will be hoping to sort it out by bringing in some new faces and releasing some players ahead of the IPL 2021 auction.

Royal Challengers Bangalore has always remained one of the most star-studded teams in the competition and this year could be the same as well. However, Virat Kohli will be hoping to better last season’s performances and guide his side to the first-ever IPL title.

(The above story first appeared on Reportr Door on Jan 20, 2021 06:06 PM IST. For more news and updates on politics, world, sports, entertainment and lifestyle, log on to our website reportrdoor.com).

CSK Squad for IPL 2021: List of Retained & Released Players by Chennai Super Kings Ahead of Auctions
Alcoyano vs Real Madrid, Copa del Rey 2020-21 Live Telecast & Free Streaming Online in IST: How To Watch Round of 32 Encounter on TV in India With Live Football Score Updates
Comment