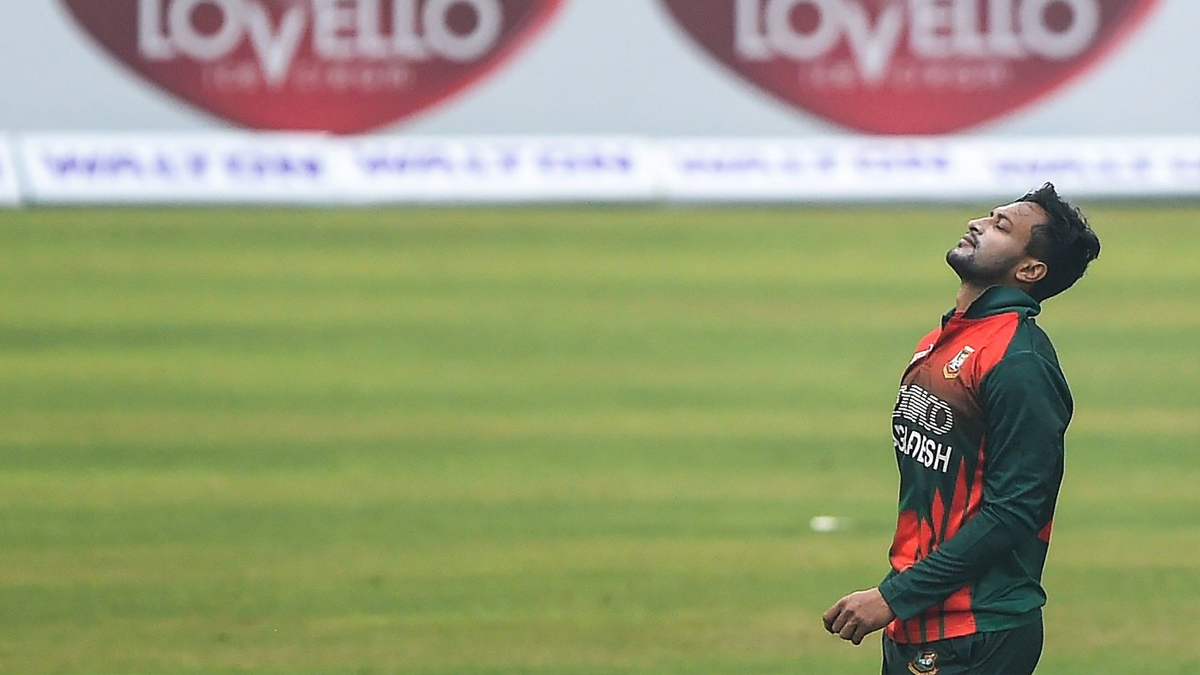 Veteran all-rounder Shakib Al Hasan made a sensational comeback to international cricket after serving a year-long ban. The left-arm spinner scalped a four-wicket in the first ODI against West Indies as the Men in Maroon were bundled out for 122 while batting first at the Shere Bangla National Stadium in Dhaka. The 33-year-old announced his comeback by rattling the stumps of Andre McCarthy in the 13th over. He continued to spin his web as the visitors were left utterly clueless. Alongside taking wickets regularly, the southpaw also kept the scoring rate down. As s result, he gave away mere eight runs in 7.4 overs. BAN vs WI 1st ODI 2021 Live Streaming Online and Match Timings in India.

Hasan was suspended from playing international cricket in October 2019 after the all-rounder failed to report a fixing approach. His ban ended in October last year, but cricket activities were halted in the country due to the COVID-19 virus. Nevertheless, international cricket returned in Bangladesh with the first ODI against West Indies and Hasan didn’t miss out on the opportunity of making a mark. The southpaw is indeed looking in good shape and would like to resume from where he left off.

Meanwhile, Bangladesh have to chase a mediocre 123 runs to win the game and take a 1-0 lead in the three-match series. With Tamim Iqbal, Liton Das and Mushfiqur Rahim in the ranks, the rookie Caribbean attack isn’t expect to possess a challenge. At the same time, Hasan would be determined to make a mark with the bat as well.

(The above story first appeared on Reportr Door on Jan 20, 2021 03:48 PM IST. For more news and updates on politics, world, sports, entertainment and lifestyle, log on to our website reportrdoor.com).