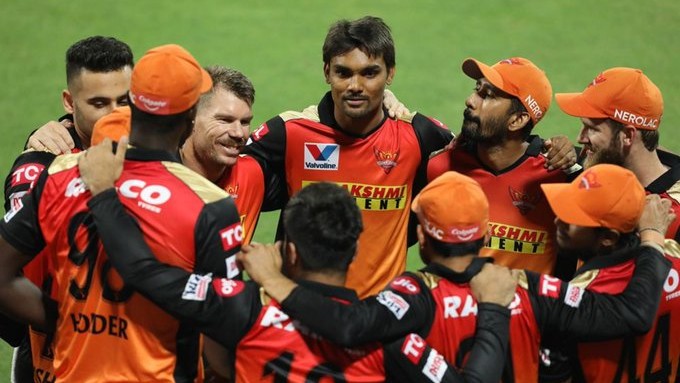 Hyderabad, January 20: Ahead of the upcoming mini-auction for the Indian Premier League (IPL) 2021 season, SunRisers Hyderabad on Wednesday retained most of its players from the 2020 squad and only five players have been released. No big names have been let go and only players like Fabien Allen and Billy Stanlake have been shown the door ahead of the upcoming season.

In December 2020, SRH had appointed Tom Moody as its Director of Cricket.

Last year, SRH was hampered by injuries as the likes of Bhuvneshwar Kumar and Mitchell Marsh missed a major part of the season, but Warner’s inspired leadership helped the side reach the playoffs.

Warner’s side had to suffer a loss against Delhi Capitals in Qualifier 2 and as a result, the side was not able to reach the finals. SRH had won the IPL title in 2016 under Warner after the side defeated RCB in the finals.