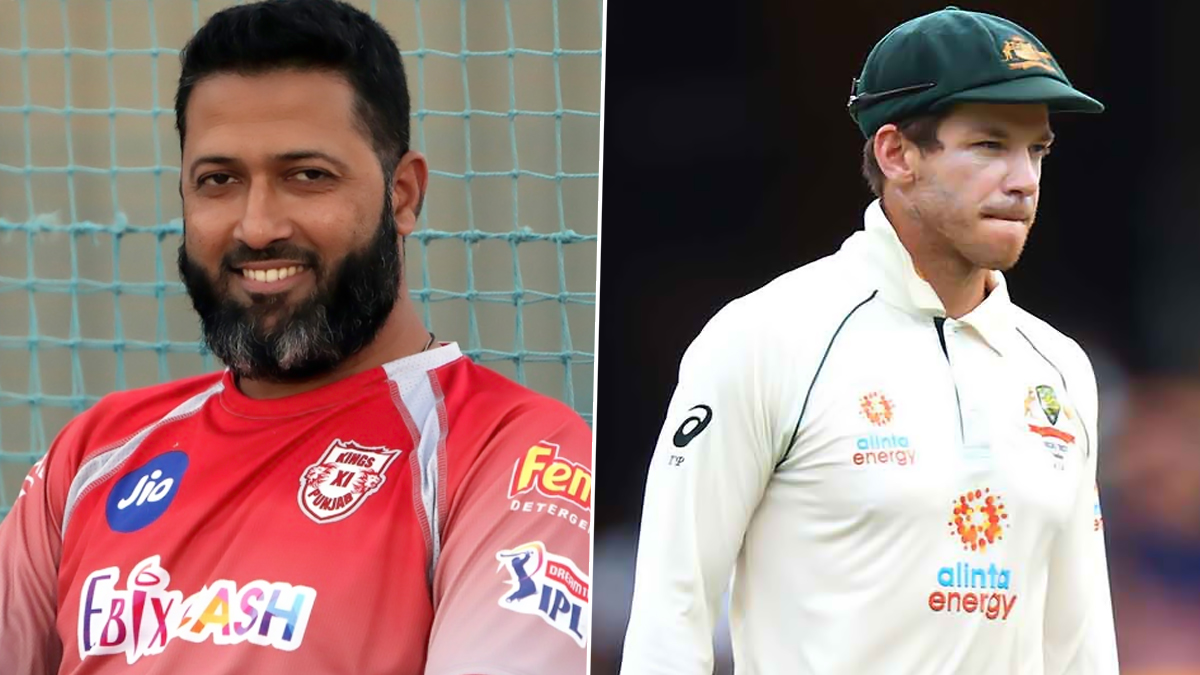 Wasim Jaffer took a dig at Tim Paine and Co after Team India registered historic series victory at the Gabba in Brisbane. With the three-wicket triumph in the fourth and final Test, Ajinkya Rahane’s men won the series 2-1, becoming the first Asian team to win consecutive Test series down under. Moreover, the Aussies lost a Test match at the Gabba for the first time since 1988. While the visitors were highly praised for scripting history with a second-stringed side, Tim Paine and Co were criticized for losing despite a full-strength team. Former Indian opener Wasim Jaffer also trolled the home in his trademark style. Rishabh Pant’s Record-Breaking Knock Sends Social Media in Frenzy as India Register Historic Victory at The Gabba.

“So what’s gonna be the excuse this time? (Ricky) Ponting, (Glenn) McGrath, and (Shane) Warne weren’t playing? #AUSvsIND,” wrote the 42-year-old on Twitter after India’s victory. Jaffer’s tweet was directed at those who suggested India’s previous series triumph in Australia, in 2019, was possible because veteran duo Steve Smith and David Warner were serving a ban. However, the dashing duo featured in this series whereas the visitors missed several key players including regular skipper Virat Kohli. Nevertheless, it didn’t restrict them from replicating their heroics. Michael Vaughan Brutally Roasted With Funny Memes for Wrong Prediction After India Register Historic Test Series Victory.

So what’s gonna be the excuse this time? Ponting, McGrath, and Warne weren’t playing? 😜 #AUSvsIND

Meanwhile, India climbed back to the top of ICC World Test Championship points table after breaching fortress Gabba while Australia slipped down not to second but third position. Ajinkya Rahane’s men also displaced the Aussies as the second-ranked Test team.  Team India will next take the field on February 5 in Chennai where they’ll host Joe Root’s England in the first game of the five-match Test series.

Stakes are incredibly high in the fixtures as a win would seal India’s place in World Test Championship finals. They can also displace New Zealand as the top-ranked Test team. Many big faces like Virat Kohli, Ishant Sharma and Hardik Pandya are back in the Indian squad, and the home team must be on cloud nine.

(The above story first appeared on Reportr Door on Jan 20, 2021 08:54 AM IST. For more news and updates on politics, world, sports, entertainment and lifestyle, log on to our website reportrdoor.com).