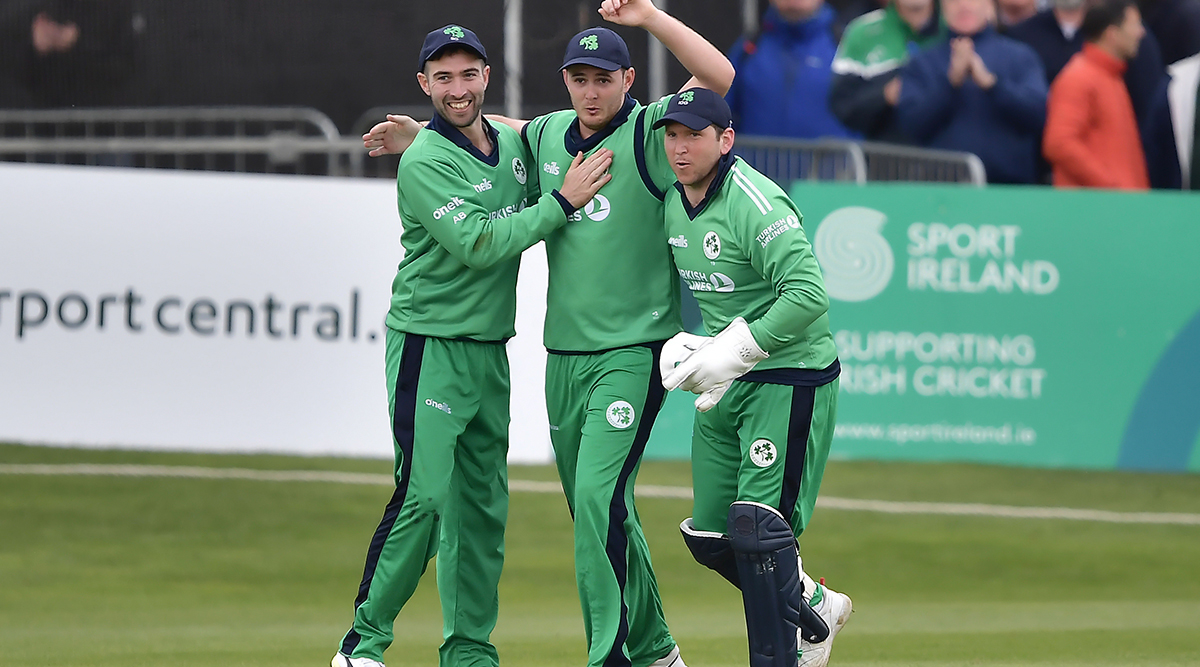 AFG vs IRE Live Streaming Online: Afghanistan cricket team will return to international cricket after the COVID-19 halt as they take on Ireland in the first ODI of the three-match series. The encounter takes place at the Sheikh Zayed Stadium in Abu Dhabi on Thursday (January 21). Both sides have named a potent squad which makes the upcoming contest to watch out. Veteran batsman Asghar Afghan has been reappointed as Afghanistan captain, and he’ll have a point to prove. On the other hand, Ireland won an ODI match against England last September and would like to upset Afghanistan as well. Meanwhile, fans can scroll down to get the live streaming, live telecast and other details of AFG vs IRE match. How To Watch Afghanistan vs Ireland 1st ODI 2021 Live Streaming Online in India?

Speaking of the key players in both squads, Asghar Afghan and Mohammad Nabi will have the onus of posting runs for Afghanistan. Simultaneously, spin twins Rashid Khan and Mujeeb Ur Rahman will possess threat in the bowling department. On the other hand, Ireland have a potent batting line-up with Paul Stirling, Kevin O Brien and skipper Andrew Balbirnie in ranks whereas Mark Adair and Joshua Little are notable names among bowlers. Not to forget about young all-rounder Curtis Campher who impressed against England. As the upcoming game gets lined-up, let’s look at the streaming and other details.

Afghanistan vs Ireland 1st ODI 2021 match will get underway on January 21, 2021 (Thursday). The match will be held at the the Sheikh Zayed Stadium in Abu Dhabi and the game is scheduled to start at 11:30 am IST (Indian Standard Time).

Which TV Channel Will Telecast Afghanistan vs Ireland 1st ODI 2021 in India?

Afghanistan vs Ireland 1st ODI match will be live telecast on Eurosport channels. Eurosport holds the broadcast rights for the AFG vs IRE OID series and will be providing live-action for all three games.

(The above story first appeared on Reportr Door on Jan 21, 2021 10:08 AM IST. For more news and updates on politics, world, sports, entertainment and lifestyle, log on to our website reportrdoor.com).