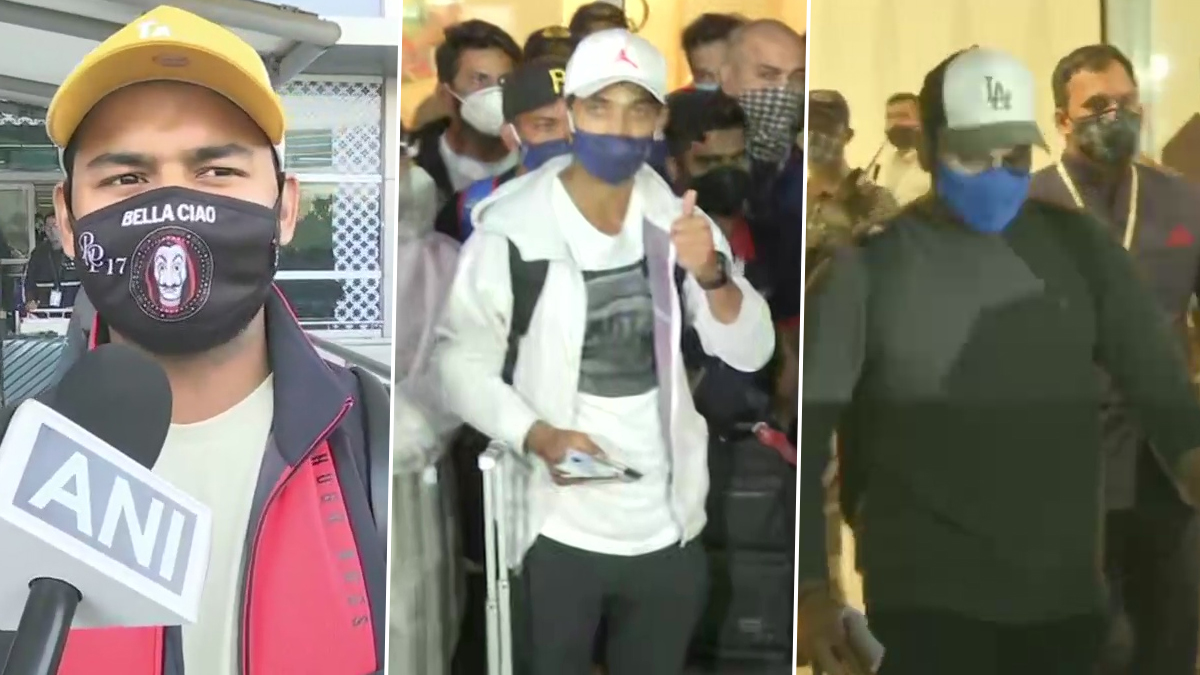 Rohit Sharma, Ajinkya Rahane, Rishabh Pant and other Team India players returned home after their historic Test series triumph over Australia. Despite all odds and injuries, a second-stringed team, under Rahane’s leadership, stunned Aussies and registered their second successive Test series triumph down under. Moreover, the fourth and deciding clash between the two sides saw the Aussies losing a Test match at the Gabba in Brisbane for the first time since 1988. Team India’s spectacular show sent fans in a frenzy with social media getting flooded with praises. Expectedly, Rahane’s troop received a grand welcome when they landed India after their thumping triumph. ICC Give Funny Twist to Rishabh Pant’s Spider-Man Song in Hindi.

While stand-in skipper Ajinkya Rahane, head coach Ravi Shastri, Rohit Sharma and Prithvi Shaw were spotted at Mumbai airport, Rishabh Pant – chief-architect of India’s triumph in Brisbane – was spotted in Delhi. Reacting to India’s victory, the wicket-keeper said that he and the whole team is on cloud nine by the series result. “I am so happy that we retained the trophy. The whole team is very happy with the way we played the series,” Pant was quoted as saying by news agency YEARS. Meanwhile, let’s look at the pics of Rohit Sharma and others after they landed in India. Rishabh Pant Achieves Career Best Position in ICC Test Batting Rankings, Virat Kohli Drops down to Fourth Spot.

Delhi | I am so happy that we retained the trophy. The whole team is very happy with the way we played the series: Indian cricketer Rishabh Pant on his return to India after winning the Border–Gavaskar Trophy in Australia pic.twitter.com/V87RiDt9oE

Australia’s arch rivals, England will next challenge India in a five-match Test series, starting on February 5. Stakes are incredibly high in the series as the first Test at the M. A. Chidambaram Stadium in Chennai will see the return of international cricket in India after the COVID-19 halt. Moreover, India can consolidate their top spot in the ICC World Test Championship points table and become the top-ranked Test team as well.

(The above story first appeared on Reportr Door on Jan 21, 2021 10:44 AM IST. For more news and updates on politics, world, sports, entertainment and lifestyle, log on to our website reportrdoor.com).