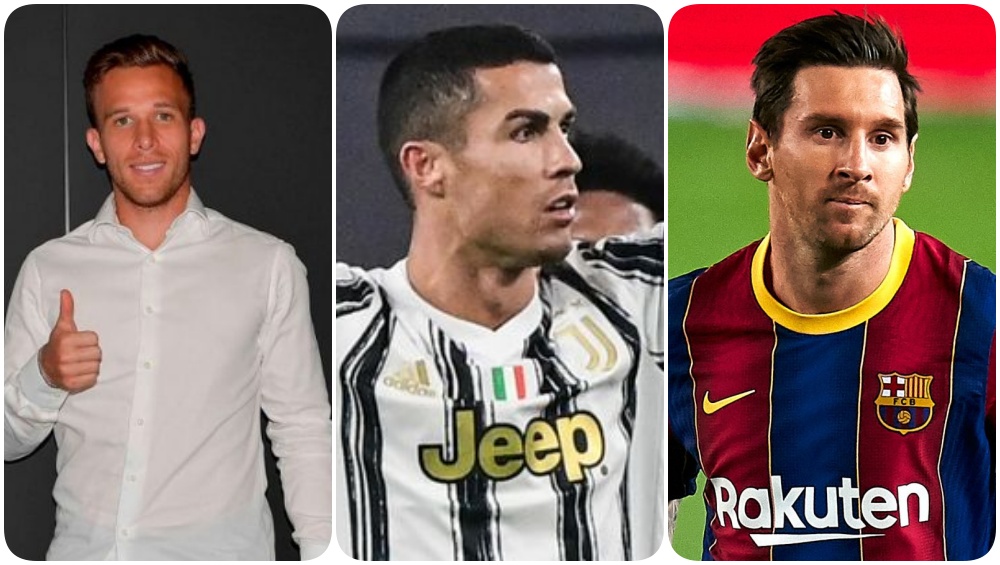 Cristiano Ronaldo vs Lionel Messi is one debate that we have been hearing since eternity. The players,  coaches, football pundits have very often made their picks between the two. The fans too have chipped in with their choices and have also cited their reasons for the same. But none of them has come to a conclusion about who between the two is better. Arthur Melo is one of the players who has played with Lionel Messi and Cristiano Ronaldo. Now, the former Barcelona player has made his pick. The current Juventus midfielder has chosen Ronaldo over Messi and said that the two are not friends as such but surely share a great rapport. Cristiano Ronaldo Nets 760th Goal During Juventus vs Napoli, Supercoppa Italiana, Netizens Hail CR7 as he Becomes Highest Goal-Scorer of All-Time (Check Reactions & Watch Video).

The former Barcelona player also explained that the two stalwarts are great leaders.  He further revealed that Ronaldo plays a vital role in the discussions held in the locker rooms and gets along with everyone very well. While drawing comparisons between Messi and Ronaldo he emphasised on the fact that the Argentine proves about being a good leader with his gestures. “He (Messi) is always hungry for goals and the desire to win. Ronaldo is a person who expresses himself more, with his arms or even with words. Whenever he catches the ball he wants to score,” he said during the interview.

Ronaldo and Messi have been one of the best players by far in the history of football. The two are already in their mid-30s but the two have shown no signs of slowing down.

(The above story first appeared on Reportr Door on Jan 21, 2021 12:22 PM IST. For more news and updates on politics, world, sports, entertainment and lifestyle, log on to our website reportrdoor.com).