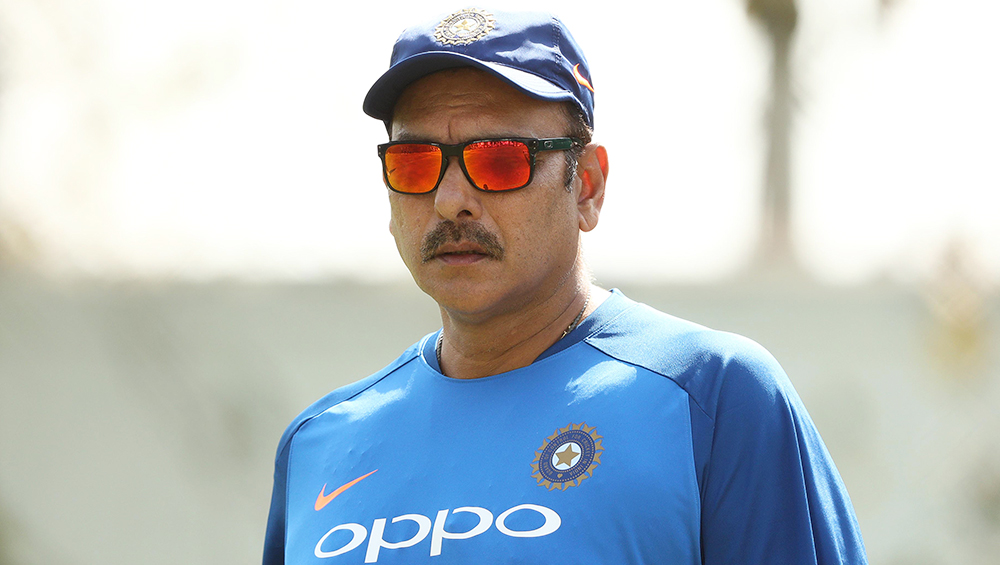 New Delhi, January 21: Ravi Shastri’s tours of Australia have been eventful. Over the last 35 years, the former India captain and current India head coach has earned accolades like Champion of Champions for being man of the series in the World Series Cup in 1985, got brickbats for his slow batting in the 1992 World Cup and then returned in 2018-19 and 2020-21 as coach to guide India to unprecedented Test series wins in the country.

His appointment in 2017 after an acrimonious fallout between India skipper Virat Kohli and the then coach Anil Kumble after the 2017 Champions Trophy attracted criticism. There were talks that he got the job because of his proximity to Kohli. Ravi Shastri Credits Virat Kohli for India’s Self-Belief and Character After Historic Win in Gabba Test.

Shastri’s stint as team director between 2014 and 2016 had been deemed poor. He had presided over an India team that lost Test and ODI series in Australia. Even though India had won home Tests against South Africa in 2015, the victories came on poor, unsporting wickets that saw the ball turn square right from the start. No wonder Kumble was picked as coach in 2016. But the fallout with Kohli saw the former leg-spinner get no extension.

Shastri began his two-year stint as coach in 2017 with losses in South Africa and England but just as the axe was about to fall on him and it appeared that his tenure won’t extend beyond mid-2019, he guided India to their first ever Test series win in Australia. A semi-final finish at the World Cup in the 2019 English summer, even though India were favourites to make the final, ensured him another two-year tenure.

There wasn’t much he achieved in the first one-and-a-half years of his second stint, as part of it was hampered by the Covid-19 pandemic. But prior to the pandemic, he saw India get crushed 2-0 in a Test series in New Zealand.

Once again the tour of Australia came to the rescue. The 2-1 series win without the top stars, including regular skipper Virat Kohli, proved that winning in Australia wasn’t about the top players as much as the fighting spirit and the experience in Australia the coach was inculcating. Those early tours of Australia were coming in handy as much as his skills of motivating the players, giving them freedom to enjoy.

Players consider him less of a headmaster, more of a friend. India stand-in skipper Ajinkya Rahane, who led India to wins in two of the three Tests acknowledged Shastri’s contribution.

“His contribution has been of utmost importance. Especially the way he handled and supported everyone not only in this series but in 2018-19, when we won the series here. The way he backed the players, I personally learned a lot from him. He himself was an India captain… the way he backed the team, my job became easier,” said Rahane after the fourth and final Test.

Former India skipper Dilip Vengsarkar, who has played a lot with Shastri, believes the India coach’s biggest quality is that he knows how to motivate the players.

“The biggest quality of Shastri is that he is always motivating the players. At this level, every cricketer has skills. It is how you prepare players mentally and make them feel positive is what makes the difference. He motivates players, keeps them mentally positive,” Vengsarkar told IANS.

Asked if his experience in Australia would have come handy, Vengsarkar said, “Obviously. Goes without saying. He has been to Australia many times. It obviously helps.” Shastri agrees. He says the job of a coach is to prepare the players mentally and build the mindset.

“The coach sits in the dressing room and the players go out to fight on the field. The job of a coach is to prepare the players mentally, to build their mindset and clear their thought process. It is not to complicate things unnecessarily and keep the game simple. Give importance to basic things,” Shastri said after India’s win at the Gabba.

India pacer Shardul Thakur recalled an advice Ravi Shastri gave to the players at the start of the ODI series in late-November. “If you perform in this country, you will be rewarded,” Shastri had told them.

Shastri’s current tenure is due to end after the 2021 T20 World Cup in India. However, if this series victory in Australia is followed by a win over England in home Tests, he will most likely be rewarded with another extension.

(The above story first appeared on Reportr Door on Jan 21, 2021 07:47 PM IST. For more news and updates on politics, world, sports, entertainment and lifestyle, log on to our website reportrdoor.com).