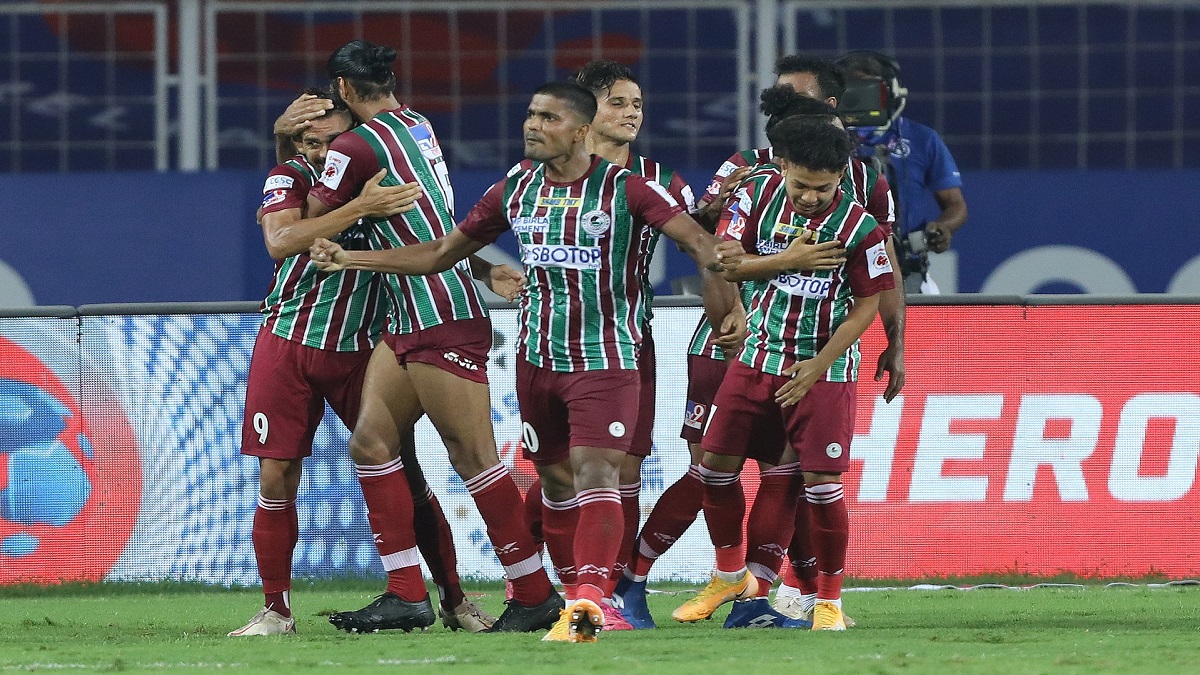 The first half was evenly contested with both defences blocking each other out. Though there were few chances created, Bagan were marginally the better team. Habas’s team sounded early warnings. After getting the ball in his own territory, Tiri ran forward and tried his luck from a distance, forcing Chennaiyin keeper Vishal Kaith to pull off a save. ATK Mohun Bagan Launch Official Club Song for ISL 2020–21 Ahead of Debut India Super League Match Against Kerala Blasters.

Soon Chennaiyin had a chance. Esmael Goncalves dispossessed Carl McHugh and sent Rahim Ali through, but the youngster’s early shot went past the post. Kaith continued with his rich form and was called into action late in the first quarter. Tiri played an aerial ball to the edge of the box. Edu Garcia headed it inside the box to Hernandez, who hit a first-time volley. But Kaith’s reflexes kept the ball from entering the net.

Bagan enjoyed more possession, but play was mostly restricted to the midfield. Neither side was able to find the cutting edge in the box in the first session as they walked out goalless at the break. While it was Sandesh Jhingan and Tiri for Bagan, the defensive duo of Enes Sipovic and Tangri was brilliant for Chennaiyin at the back.

With 15 minutes left on the clock, Kaith produced a top-class save to deny Hernandez from taking the lead through a freekick. Lallianzuala Chhangte’s 85th-minute corner nearly put Chennaiyin ahead. But Arindam Bhattacharja made a crucial save before the Chennaiyin players could get to the ball.

The match looked to be heading to a draw, but with minutes left, Bagan took the lead from a set-piece. Hernandez crossed in a perfect inswinging corner and Williams headed in to spark dramatic celebrations in the Bagan dug-out.

Chennaiyin nearly scored the equaliser soon after when Eli Sabia dinked in a long ball inside the box for Sipovic, who managed to beat Arindam with his goal-bound header. However, Tiri acrobatically cleared the ball before it entered the goal.

(The above story first appeared on Reportr Door on Jan 21, 2021 11:10 PM IST. For more news and updates on politics, world, sports, entertainment and lifestyle, log on to our website reportrdoor.com).

IPL 2021: How Much Money Can Each Team Spend in Players Auction? Take a Look at the Remaining Purse of All Eight Indian Premier League Franchises
IPL 2021: Chennai Super Kings Trade Robin Uthappa From Rajasthan Royals Ahead of Players Auction
Comment