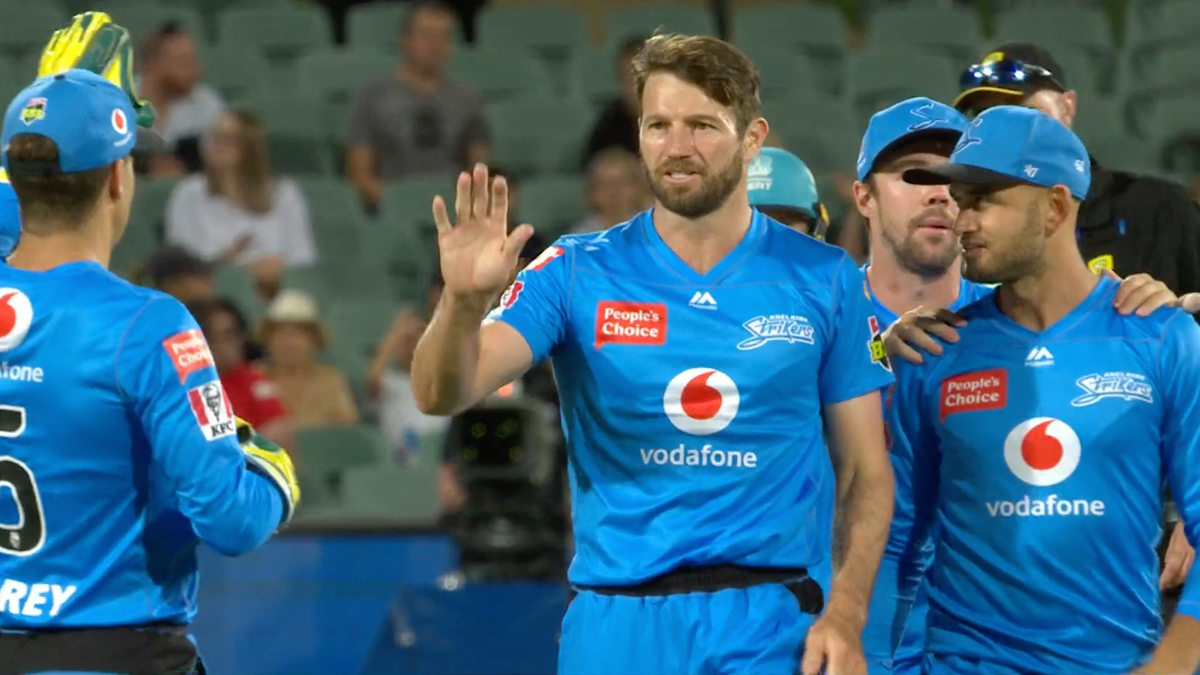 The incident occurred in the third delivery of the 18th over bowled by Siddle. With Brisbane Heat almost out of the match and needing an improbable 82 runs from 15 deliveries, Swepson decided to swing his bat and drove a full delivery towards mid-off. Neser, who was at fielding at shortish mid-off ran to his left and plucked the ball out of thin air with a sensational one-handed diving catch. It was a sensational catch from the all-rounder as the ball was travelling towards the boundary. Take a look at the video of the catch. Ajinkya Rahane Gets Hero’s Welcome As He Returns Home After Test Series Win in Australia (Watch Video).

Michael Neser, are you kidding!!! 😮

The returning quick puts an ‼ on the @StrikersBBL victory # BBL10 pic.twitter.com/19NRYmF9Ro

Neser’s stunning catch ended Heat’s innings and handed the Strikers an 82-run win. Earlier, Alex Carey had smashed the first hundred of this BBL season to power his side to 197/5 after they had opted to bat first. Carey scored 101 from just 62 deliveries and his innings was studded with 10 boundaries and three maximums. His opening partner Weatherald hit 36 in 18 balls before Wes Agar ran through the Brisbane Heat top order and Peter Siddle through the middle order to bundle them out for 115.

The win took Adelaide Strikers to fourth in the standings after 12 games. They have 24 points with six wins while Brisbane Heat remained at second from bottom with only five wins and 21 points.

(The above story first appeared on Reportr Door on Jan 21, 2021 05:47 PM IST. For more news and updates on politics, world, sports, entertainment and lifestyle, log on to our website reportrdoor.com).