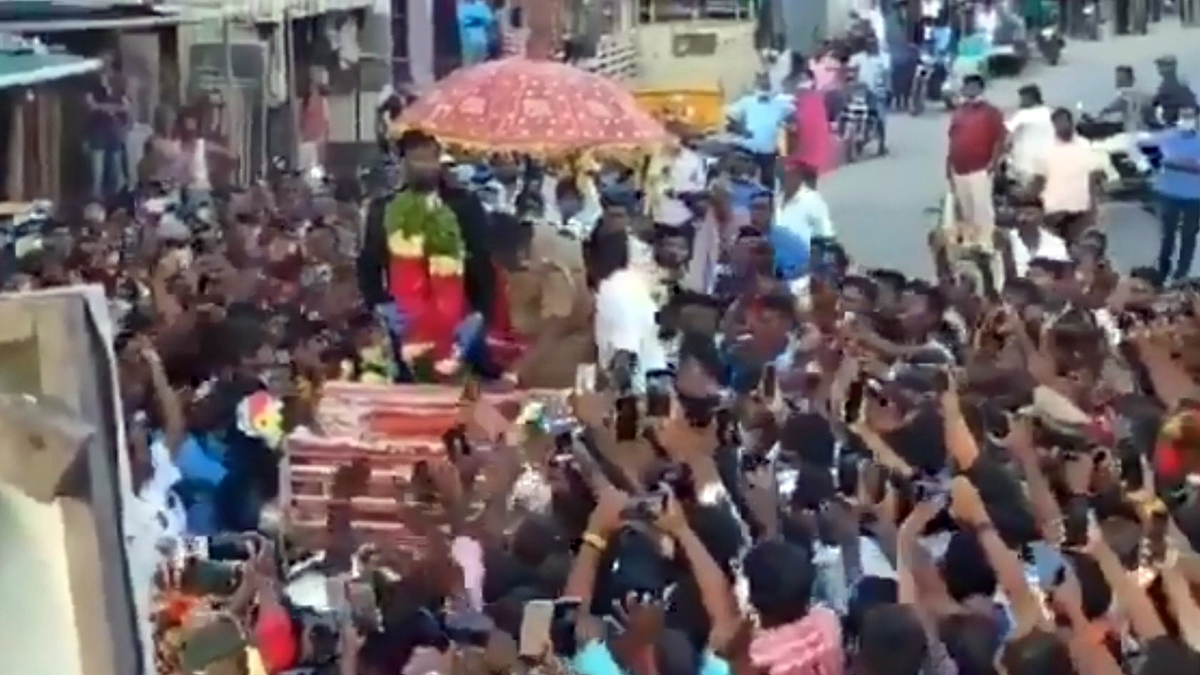 Chinnappampatti, Jan 21: Around 5,000 people turned up to receive one of India’s latest bowling sensation, T. Natarajan, and took him in a horse-drawn tastefully-decorated chariot for two kilometres in his native village Chinnappampatti in Salem district on Thursday. T Natarajan Receives Grand Welcome After Reaching His Village Salem on Return From Australia, Virender Sehwag Shares Video.

Left-arm pacer Natarajan made his India debut in all three formats during the recent tour of Australia and played a role in India’s three-wicket win in the fourth and final Test in Brisbane on his debut. T Natarajan Rises Down Under! From Playing Tennis Ball Cricket in Chinnappampatti to Making Debut in Indian Test Team, Know All About the Inspirational Journey.

Natarajan, who picked three wickets for 78 runs in the first innings to help India win the match — and the series 2-1 — was taken on a horse-drawn chariot for about two kilometres.

“Close to 5,000 people were present. The entire village had turned up to wish him. He reached his house in the evening and saw his daughter for the first time,” an official told IANS.

“The who’s who of the village came to wish him. All the local government officials also went to meet him,” said the official.

Natarajan had landed in Bangalore before travelling home to Chinnappampatti which is about 30 km from Salem and comes in the Salem district.

Natarajan’s daughter was born while he was on duty with SunRisers Hyderabad at the Indian Premier League (IPL), played in the United Arab Emirates (UAE) due to Covid-19 restrictions in India. Natarajan was picked as one of the net bowlers for the Australian tour, and he left with the Indian team straight from the UAE, and could not visit his home to see his daughter.

(The above story first appeared on Reportr Door on Jan 21, 2021 09:10 PM IST. For more news and updates on politics, world, sports, entertainment and lifestyle, log on to our website reportrdoor.com).