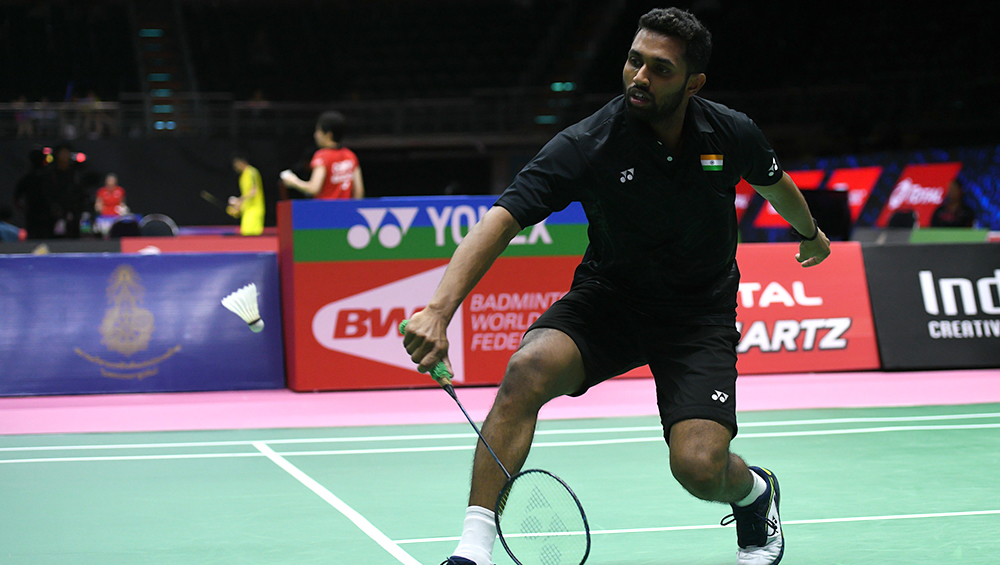 Bangkok, January 21: Indian shuttler HS Prannoy crashed out of the ongoing Thailand Open after losing to Malaysia’s Liew Daren in the second round here on Thursday. Prannoy gave a tough competition in the match but was eventually defeated 17-21, 18-21 by Daren in a 40-minute clash.

Prannoy had progressed to the second round of the competition after securing a hard-fought win over Jonatan Christie on Wednesday. Prannoy had registered an 18-21, 21-16, 23-21 win over Christie. Earlier in the day, Indian mixed doubles pair of Satwiksairaj Rankireddy and Ashwini Ponnappa secured their berth in the quarter-finals of the Thailand Open. Thailand Open 2021: Kidambi Srikanth Shares Picture of Bloodied Nose After Four COVID-19 Tests, Alleges Poor Treatment From Medical Staff.

After winning the first game against Germany’s Mark Lamsfuss and Isabel Herttrich, the Indian duo was outplayed in the second game. However, Satwiksairaj and Ashwini stunned the German duo in the third game to clinch the 56-minute long match (22-20, 14-21, 21-16).

Also, India’s Sameer Verma put up a stellar performance to sail into the quarter-finals. Sameer defeated Danish player Rasmus Gemke in two consecutive sets (21-12, 21-9) in a 39-minute long match to progress in the next round.