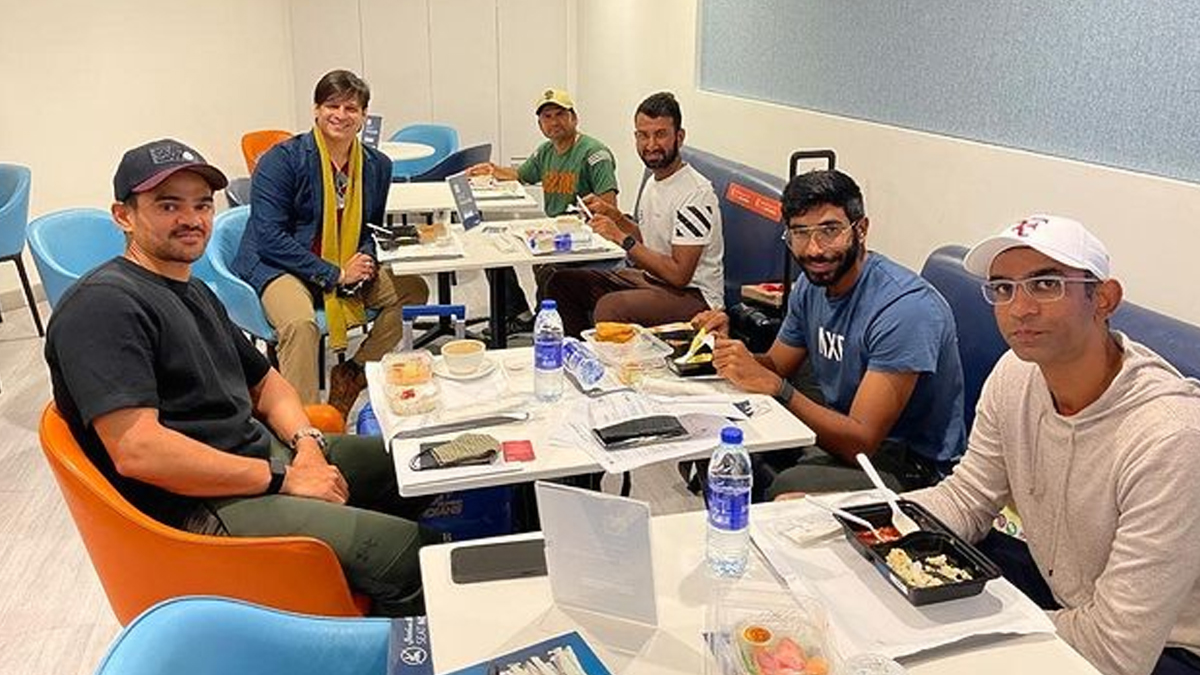 Bollywood actor Vivek Oberoi on Thursday met Indian cricket stars after they registered a historic win at the test series against Australia on their soil. The actor, who became a household name after starring in the 2002 film Saathiya, took to his Instagram account to share how he celebrated India’s win. The 44-year-old actor enjoyed breakfast with the Indian cricket stars at Dubai Airport and also posted a picture featuring him with the cricket players. #INDvsAUS: Ranveer Singh, Shah Rukh Khan And Other Celebs Shower Congratulatory Messages On Team India’s Historic Win Against Australia At The Gabba!

In awe of the victorious team, Oberoi captioned the post, “Breakfast with the Champions! What an absolute pleasure hanging out and chatting with @jaspritb1 & @cheteshwar_pujara at #dubaiairport, so good to hear about your experiences during the historic test in person! May you guys continue to make the nation proud.” It took 32 years and two months to achieve the unthinkable by the Indian cricket team on the Border-Gavaskar Trophy against Australia by three wickets in spite of all odds in the final Test to take the series 2-1. Army Day 2021: Ajay Devgn, Akshay Kumar, Sanjay Dutt Salute Bravery And Courage of Indian Army

Meanwhile, on the work front, Vivek will next be seen in a horror-thriller titled ‘Rosie: The Saffron Chapter’ which he is also producing. The actor will also feature in ‘Iti: Can You Solve Your Own Murder’, a whodunit thriller, where he will be playing the lead and bankrolling the film.

‘Virat Kohli Told Me I Have the Ability To Perform on the Big Stage’, Says Mohammed Siraj
How to Watch ATK Mohun Bagan vs Chennaiyin FC Indian Super League 2020–21 Live Streaming Online in IST? Get Free Live Telecast and Score Updates ISL Football Match on TV in India
Comment