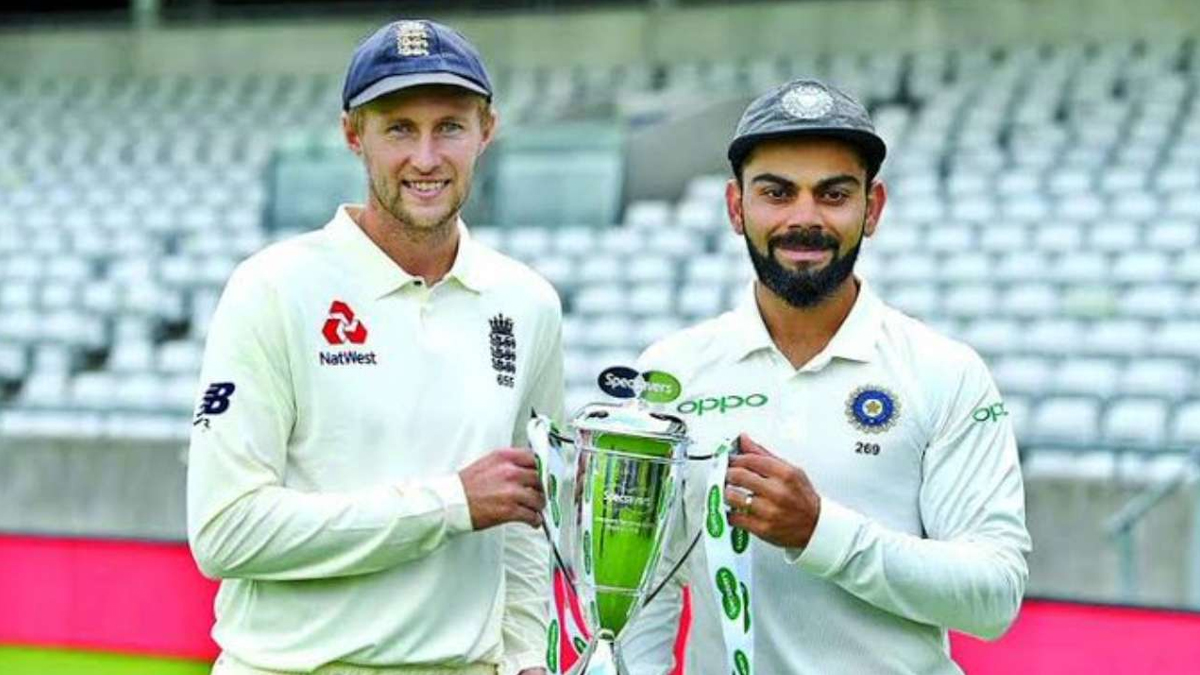 After scripting history in Australia, a highly-enthralled Team India will host England in a full-fledged series comprising four Test matches, five T20Is and three ODI games. The first of the four-Test matches, which gets underway on February 5 in Chennai, will also mark the return of international cricket to India after the COVID-19 halt. Virat Kohli and others must be on cloud nine after India’s 2-1 triumph in the Test series against Australia and will like to extend their winning run. On the other hand, Joe Root’s men face an uphill task as India haven’t lost a home Test series since 2012. England Announce 16-Member Squad for Opening Two Test Matches Against India.

Although Team India have a fortress at home, it was England only who last defeated India at home back in 2012. Alastair Cook marshalled his troop with perfection as the visitors registered a historic 2-1 victory. However, England’s last trip to India, which took place in 2016-17, isn’t pleasant.   Virat Kohli’s troop tormented England in the five-match Test series and registered a 4-0 triumph. The ODI and T20I series also didn’t go England’s way where they lost 1-2. As both teams gear up for the high-voltage tour, let’s look at what happened when India last hosted England. India Squad for First Two England Tests Announced: Virat Kohli, Hardik Pandya Set To Return.

England were on the verge of an emphatic victory in the first Test match, but India’s resilience secured a draw. Well, that proved to be the visitors’ best performance in the series as India won all the remaining four games. Virat Kohli marshalled his troop from the front in the second match and guided his side to a 246-run win. The third match saw India’s spin all-rounders Ravichandran Ashwin, Ravindra Jadeja and Jayant Yadav jolting the Three Lions and taking their side to an eight-wicket victory.

Kohli was on full song in the fourth Test as he smashed his third double century in 2016. Ashwin and Jadeja also spun their web as the hosts emerged victory by an innings and 36 runs. With the series title already in India’s bag, the fifth Test was a dead rubber, but the home team showed no signs of complacency. A veteran of just two Test matches, Karun Nair became the second Indian after Virender Sehwag to score a triple ton in Tests. KL Rahul also scored 199 while Jadeja’s seven-wicket haul sealed the game for India.

Unlike the Test series, England put up a much better show in ODIs, but the result once again went in India’s favour. Notably, this was Kohli’s first ODI series as India’s full-time captain, and all he took was one match to stamp his authority. Chasing 351 in the first ODI, the skipper and Kedar Jadhav scored centuries as the hosts won by three wickets. The second match sent fans in nostalgia as Yuvraj Singh, and MS Dhoni joined forces in tormenting England bowlers. Both dashers scored centuries as the Men in Blue piled a mountain of 381/6. The Three Lions put an excellent batting effort but fell 16 runs short of the required total.

The third ODI, dead rubber, went in England’s favour after they posted 321-8 while batting first. Kedar Jadhav and Hardik Pandya led the fight with half-centuries, but India narrowly lost the game by five runs.

England made a brilliant start to the T20 leg with a seven-wicket win in the first game. Moeen Ali bowled an exceptional spell as the Men in Blue were restricted to 147-7 batting first. In reply, skipper Eoin Morgan scored an unbeaten fifty to take his side over the line. The Three Lions looked all set to win the second T20I as well. Chasing 145, they needed 20 off last 16 balls with six wickets in hand. However, Jasprit Bumrah’s stellar performance in the death overs helped India win by five runs.

The third and deciding clash saw a Yuzvendra Chahal special.  Suresh Raina and MS Dhoni scored half-centuries as India posted 202/6 in the first innings. The leg-spinner’s magical spell jolted England’s chase. The leggie took a six-wicket haul on a spin-friendly Bangalore track as the visitors were bundled out for 127 runs. As a result, India won the game by 75 runs to take the series 2-1.

Meanwhile, Indian players are gearing up for the series after returning from Australia. On the other hand, Joe Root’s men are playing Sri Lanka in the second and final Test. With India being an in-form side, England will like to leave Sri Lanka on the back of a victory.

(The above story first appeared on Reportr Door on Jan 22, 2021 02:18 PM IST. For more news and updates on politics, world, sports, entertainment and lifestyle, log on to our website reportrdoor.com).

Mauricio Pochettino Reacts to Neymar’s Wish of Reuniting With Lionel Messi, Says ‘We are Just Focused on the Present’
Pakistan vs South Africa 2021 Schedule: Get Fixtures, Time Table With Match Timings in IST and Venue Details of PAK vs SA Test and T20I Series
Comment