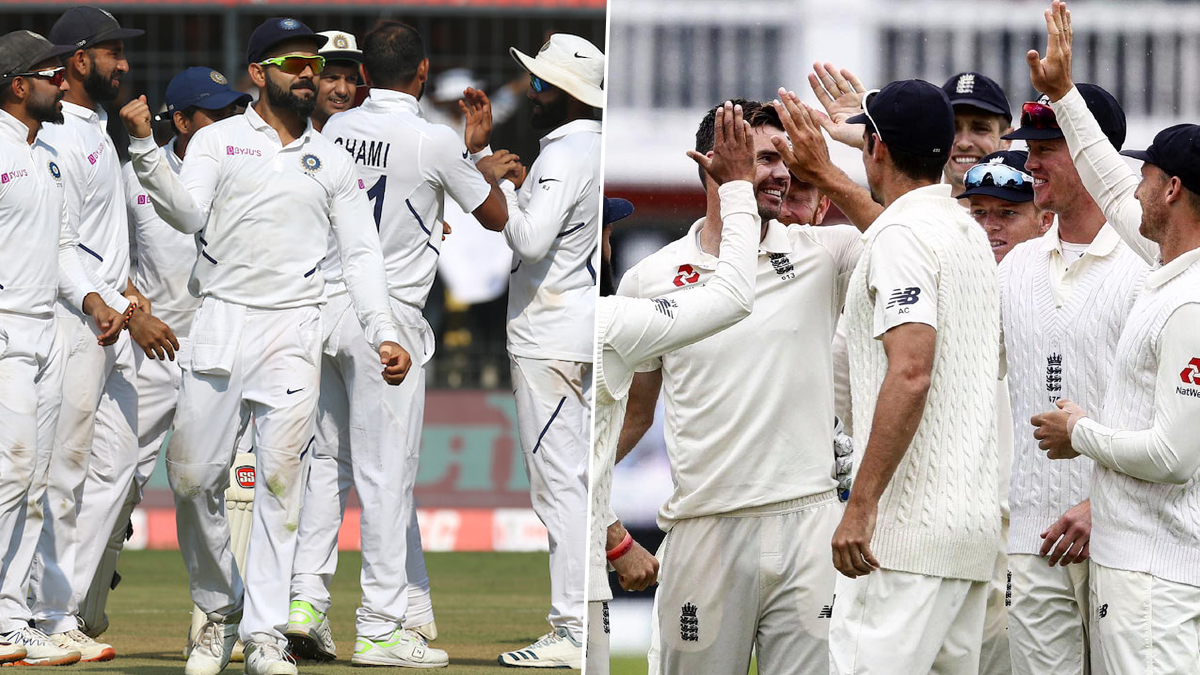 New Delhi, January 20: The first two Test matches in the India-England series to be held at the MA Chidambaram Stadium in Chennai will have no fans in the stands. Even as the sporting world is returning to normalcy, the Tamil Nadu Cricket Association (TNCA) is clear that fans will need to enjoy the games on television as the world recovers from the coronavirus pandemic. Indian Cricket Team Head Coach Ravi Shastri Praises Mohammed Siraj, Says ‘He Is Find of Australia Tour’.

The Indian selectors led by Chetan Sharma on Tuesday named the squad for the first two Tests against England. Virat Kohli, Hardik Pandya, and Ishant Sharma have made their way back into the squad. KL Rahul has been picked subject to fitness.

While Kohli was set to return after missing the three Tests against Australia as he had taken paternity leave, Hardik’s inclusion comes on the back of him working overtime on his fitness after returning from the Australia limited-overs series. His inability to bowl was a major concern for the team management.

Ishant, who had missed the Tests against Australia has also made his way back into the squad on the back of some quality performance in the Syed Mushtaq Ali Trophy. While it is a T20 tournament, it showed that he is match-fit. Spinner Axar Patel has also made his way into the Test squad for the first two matches while T Natarajan who played his debut Test against Australia has not been included for the England Tests.

The first two games of the 4-game series are to be played in Chennai before the cricketers move to Ahmedabad for the third and fourth Test.