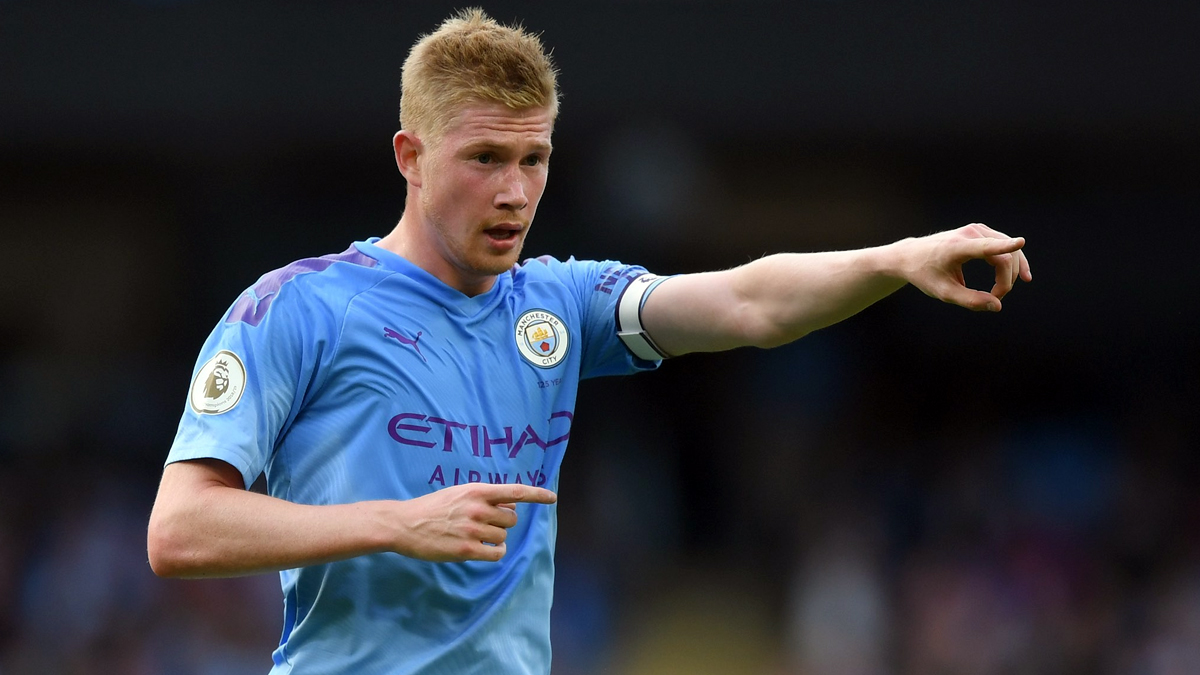 Kevin de Bruyne could be out for at least four to six weeks after limping off in the 2-0 win against Aston Villa. Manchester City boss Pep Guardiola confirmed De Bruyne’s hamstring injury and said it was a ‘big loss’ for his side. De Bruyne suddenly pulled up and clutched his hamstring at the hour mark and was immediately substituted with Guardiola later confirming the Belgian playmaker was out for longer than a month. De Bruyne has already assisted 10 goals in the Premier League this season. Arsenal in Advance Talks With Real Madrid Over Signing Martin Odegaard on Six-Month Loan Deal.

“It’s a big blow, isn’t it? It is, but we have to move forward,” Guardiola was quoted as saying by Goal. “I’m not saying anything that anyone doesn’t know, it is unfortunate for him and for us and we have to find a solution because everyone in their own life is struggling in the situation we are living and we have to adapt,” he added. Mauricio Pochettino Reacts to Neymar’s Wish of Reuniting With Lionel Messi, Says ‘We are Just Focused on the Present’.

De Bruyne could miss as many as nine games, starting with Saturday’s FA Cup tie against League Two side Cheltenham Town. The 29-year-old is also expected to miss the league trip to Liverpool and the first leg of the UEFA Champions League (UCL) round of 16 match against Borussia Monchengladbach while he could be in the race against time to be fit for the Manchester Derby on March 6.

Kyle Walker was also taken off against Villa after suffering a knock. But Guardiola said he will be fine. “Kyle had a big impact kick in his hips but it is just a kick so he is not available for tomorrow but we wish for the next game,” Guardiola said. “Kevin, like the doctor said today after reviewing the scan, will be four to six weeks out.”

De Bruyne’s injury comes at a time when City are already missing striker Sergio Aguero due to positive COVID-19 test while centre-back Aymeric Laporte and Nathan Ake are still out with injuries. Aguero is currently in self-isolation after coming in contact with another individual.

“What we wish right now with Sergio is he feels better,” the Manchester City manager said. “He felt uncomfortable for the first two or three days – so tired like all the symptoms you get. So hopefully he can recover well and step-by-step return to the training sessions.

“We have missed our best striker for a long time but we have lived without him and we need to wait for them to come back as soon as possible but move forward without them.”

(The above story first appeared on Reportr Door on Jan 22, 2021 08:22 PM IST. For more news and updates on politics, world, sports, entertainment and lifestyle, log on to our website reportrdoor.com).