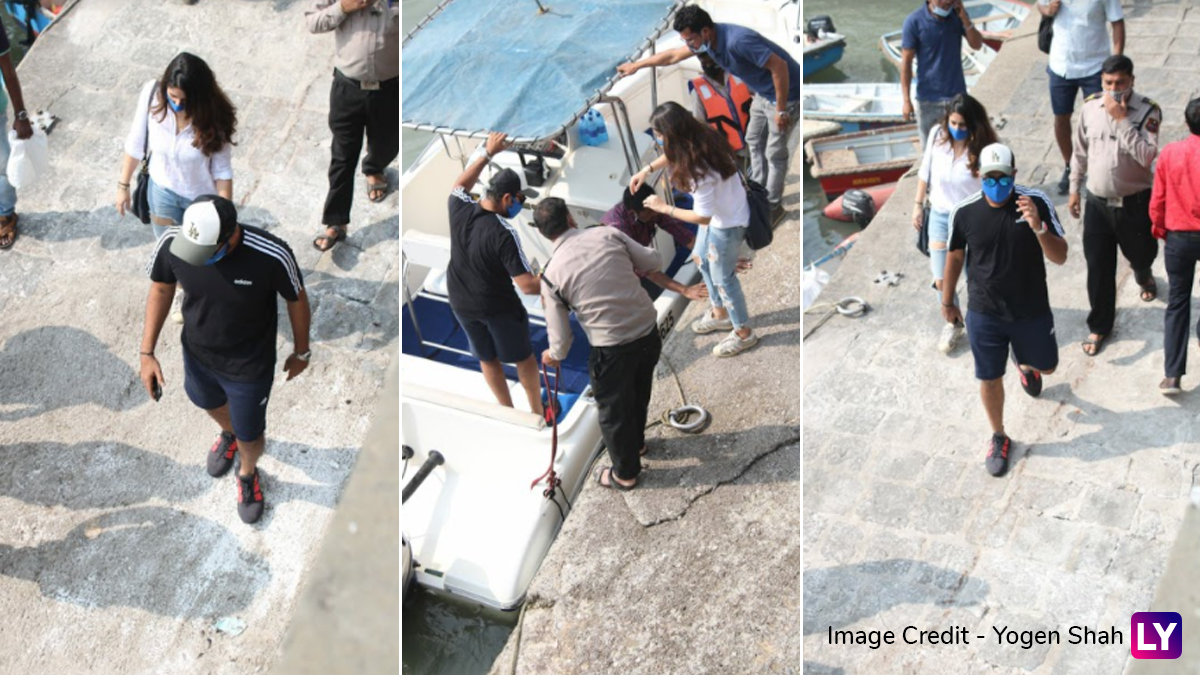 After returning from Australia, Rohit Sharma was spotted with wife Ritika Sajdeh near the Gateway of India in Mumbai. The dashing Indian opener landed in Mumbai on Thursday (January 21) alongside many of his other teammates including Ajinkya Rahane and Prithvi Shaw. While he was expected to rest after a hectic tour down under, the 33-year-old was snapped near the Gateway of India alongside his better half. Keeping the safety precautions in mind due to the COVID-19 pandemic, Rohit and Ritika were also seen sporting face masks as they walk near the boating area.

Meanwhile, the 33-year-old opener had a decent outing in Australia where he scored 129 runs in two Test matches with the best score 52. Although his numbers might not look staggering, his resistance against the swinging new ball gave India the upper hand in the last two Test matches. Notably, he wasn’t the part of the limited-overs series and first two Tests due to a hamstring injury. However, he worked on his fitness at the National Cricket Academy (NCA) in Bengaluru and was drafted back in the national team. Meanwhile, let’s look at pictures of Rohit and Ritika near the Gateway of India. Ravindra Jadeja Ruled Out of Four-Match Test Series Against England, Says Report.

Rohit’s next assignment will get underway when India hosts England in a four-match Test series which gets underway on February 5 in Chennai. The veteran opener must be licking his lips as his Test record at home is nothing short of exceptional. Moreover, the Three Lions must be under the pump as their last memories on Indian soil are forgettable. Virat Kohli’s men last hosted England in the 2016-17 season where they won the five-match Test series 4-0.

(The above story first appeared on Reportr Door on Jan 22, 2021 12:43 PM IST. For more news and updates on politics, world, sports, entertainment and lifestyle, log on to our website reportrdoor.com).

Ajinkya Rahane Politely Refuses to Cut Kangaroo Cake, Earns Respect From Netizens (Watch Video)
Wasim Jaffer Comes up With a Hilarious Response After a Fan Suggested him to Trade Chris Gayle With Another Team for IPL 2021 (See Post)
Comment