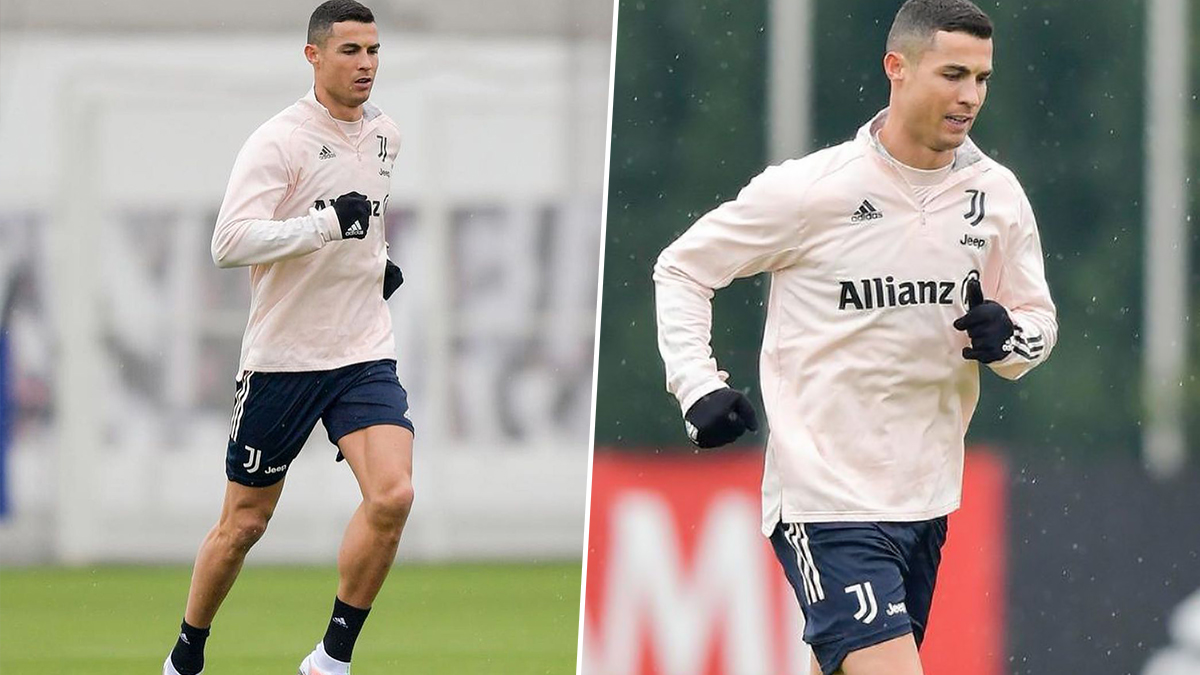 Cristiano Ronaldo has been at the top of his A-game lately, but that doesn’t restrict him from sweating out in the practice sessions. Ahead of the Juventus vs Bologna match in Serie A 2020-21, the Portugal star took to Instagram and shared some pictures from his training session. “Preparing for the next challenge,” read the caption of the post which clearly depicts the striker’s mindset. The comment section got flooded in no time as fans showcased their excitement of seeing the five-time Ballon d’Or winner back in action again. Notably, Juventus will take the field on the back of an emphatic 2-0 triumph against Napoli in the Italian Super Cup finals. Cristiano Ronaldo Asks Fans to Come Up With Interesting Caption on His Latest Photo.

While the Portuguese talisman opened the scoring in the 64th minute, Alvaro Morata found the nets in the extra time to seal the deal for the Old Lady. Ronaldo’s strike was a record-breaking one as he surpassed Josef Bican to become the highest goal-scorer in professional football. Netting his career’s 760th goal, the 35-year-old went past the former Austrian-Czech professional footballer who made 759 successful strikes in his illustrious career. Nevertheless, Ronaldo is still hungry for more as he prepares for his next assignments. Have a look at the pictures!

Although the Bianconeri thrashed Napoli in their last outing, their recent performance in ongoing season hasn’t been quite staggering.  The defending champions, who are placed at the sixth position in the team standings, were defeated by Inter Milan 0-2 in their last Serie A fixture. However, they’ll take the field as definite favourites against Bologna who are struggling at the 12th spot.

(The above story first appeared on Reportr Door on Jan 23, 2021 08:55 AM IST. For more news and updates on politics, world, sports, entertainment and lifestyle, log on to our website reportrdoor.com).