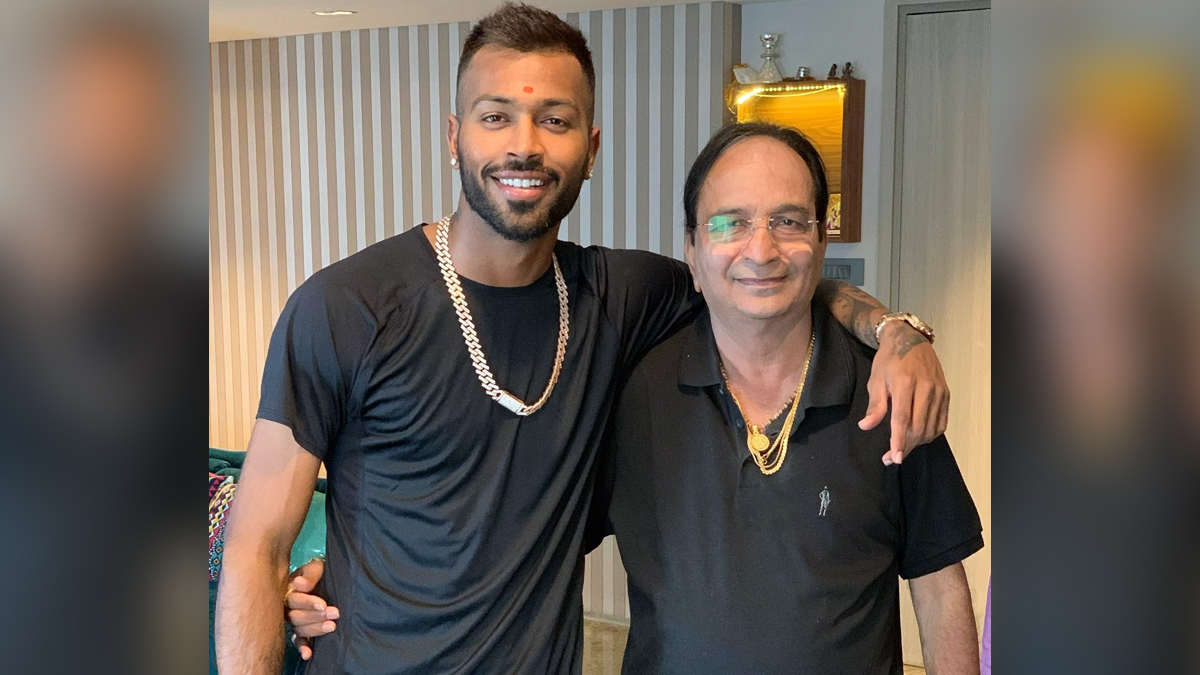 Indian all-rounder Hardik Pandya paid a heartfelt tribute to his father Himanshu Pandya who had passed away last week due to a cardiac arrest. Taking to Instagram, the right-handed batsman posted an emotional video expressing the pang in his heart. The 2:08 long video is apparently a collage of all the lovely memories of Hardik and his father. From childhood pics to when Pandya gifted his dad a car, the clip showed many snaps that depict Hardik and his father’s camaraderie. The post also features Bollywood legend Amitabh Bachchan who can be seen congratulating Hardik’s dad for the success the all-rounder has got. Hardik Pandya Pens Down Emotional Post Following his Father’s Death.

The song “Apne To Apne Hote Hain” from the Bollywood movie ‘Apne’ in the background of the video shows the agony Hardik is going through at the moment. While he expressed all his feelings through the video, he wrote ‘To dad’ in the caption alongside a heart emoji. The comment section got flooded in no time, and fans offered condolences for Hardik’s father. The all-rounder’s wife Nataša Stanković also reacted with three red-heart emojis. Virat Kohli Condoles Death of Krunal and Hardik Pandya’s Father Himanshu Pandya.

Meanwhile, Pandya is all set to make a comeback in Tests after more than two years as he has been picked in India’s 18-men squad for England Tests. The four-match Test series, which gets underway on February, also marks the return of international cricket in India after the coronavirus-induced halt. Hence, Virat Kohli’s men will be determined to put up an emphatic show. They’ll indeed start the series as firm favourites as they are coming off a historic 2-1 Test series triumph over Australia.

(The above story first appeared on Reportr Door on Jan 23, 2021 03:51 PM IST. For more news and updates on politics, world, sports, entertainment and lifestyle, log on to our website reportrdoor.com).