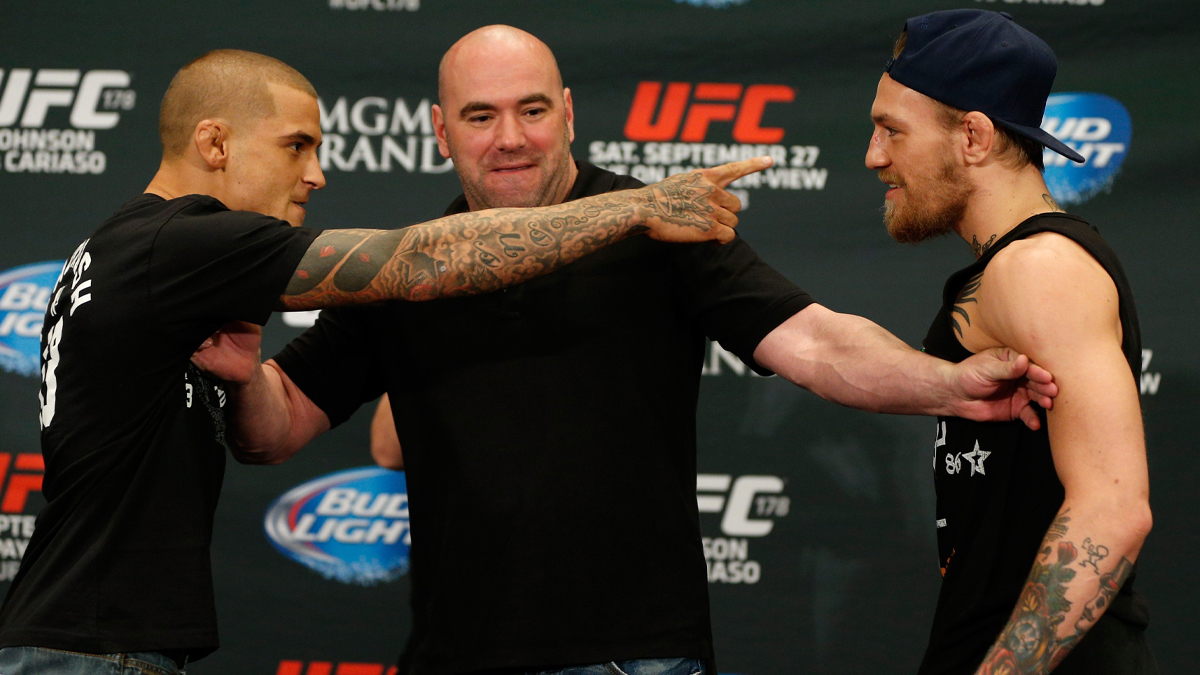 Conor McGregor will take on Dustin Poirier at UFC 257, which will mark the Irishman’s return to the octagon for the first time in a year. The Pay-per-view will be held at Fight Island, Abu Dhabi on January 23, 2021 (late Saturday night) as per local time. This will be the second meeting between the two fighters, six years after their first. Meanwhile, fans searching for hoe to watch UFC 257: Poirier vs McGregor 2 live streaming in India can scroll down below. When Is Conor McGregor’s Fight With Dustin Poirier: Know UFC 257 Date, Time, Fight Card and Other Details Ahead of MMA Event.

Conor McGregor emerged victorious in the first bout between the two mixed-martial artists and enters into the fight with a record of 22-4. Meanwhile, Dustin Poirier has played more fights than the Irishman and holds a record of 26-6-1 NC. The fighters first met in the Featherweight division but now face each other in lightweight and will be looking to make a huge claim towards the title, which is vacant following Khabib Nurmagomedov’s retirement. Here’s How Conor McGregor Reacted to Khabib Nurmagomedov’s Retirement and Win Over Justin Gaethje at UFC 254.

What is the Match Timing of Conor McGregor vs Dustin Poirier 2 UFC 257 in India? (Date, Time in IST & Venue)

How to Watch Conor McGregor vs Dustin Poirier 2 UFC 257 on TV in India?

Sony Pictures Sports Network is the official broadcasters on UFC in India, so fans can tune into Sony Ten 2, Sony Ten 2 HD or Sony Six and Sony Six HD to watch the telecast of Conor McGregor vs Dustin Poirier 2 at UFC 257.

SonyLiv is the official streaming partner of Sony Network and will live stream UFC 257. So fans from India can tune into SonyLiv to watch the live streaming of Conor McGregor vs Dustin Poirier 2 match online. JioTV will also stream UFC 257 live for its subscribers.

(The above story first appeared on Reportr Door on Jan 23, 2021 07:28 PM IST. For more news and updates on politics, world, sports, entertainment and lifestyle, log on to our website reportrdoor.com).