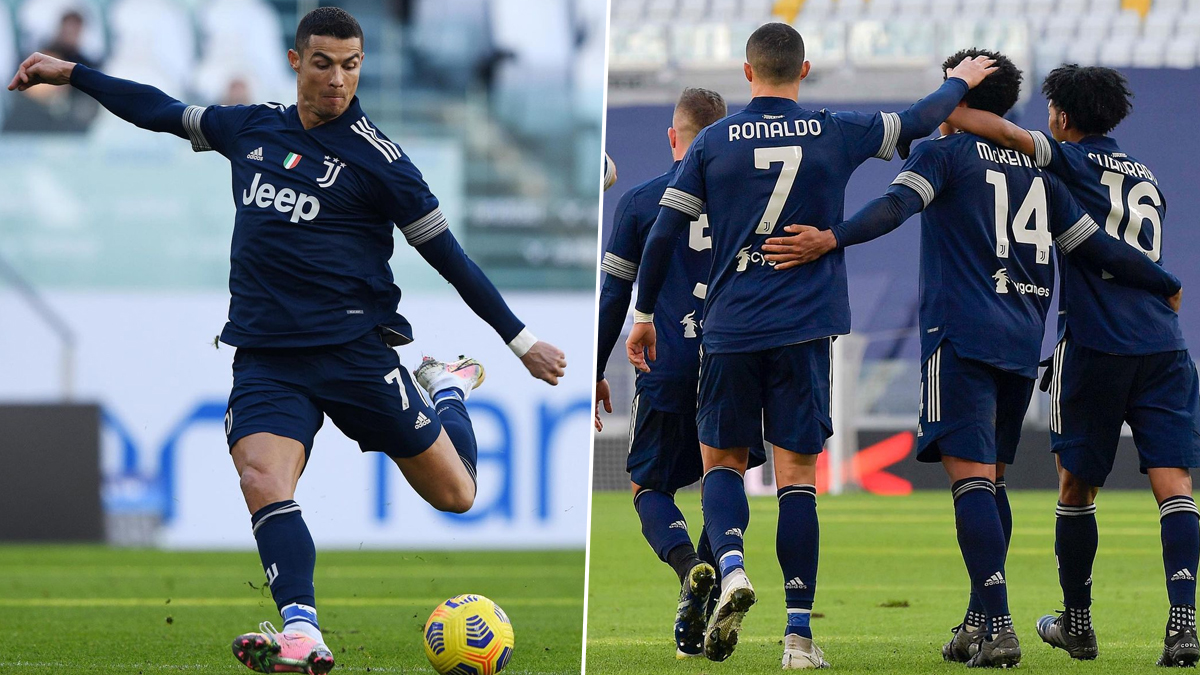 Juventus got back to winning ways as the Bianconeri defeated Bologna 2-0 at the Allianz Stadium on January 24, 2021 (Sunday). With this win, Andrea Pirlo’s team cut the gap on leaders AC Milan to seven points and have a game in hand over the Rossoneri’s. Arthur Melo and Weston McKennie found the back of the net as the record champions cruised past Sinisa Mihajlovic’s team on the night. Cristiano Ronaldo Nets a Stunner, Helps Juventus Beat Napoli 2-0 in Supercoppa Italiana Finals.

‘Very important victory! We are on the right track! Go on like this’ Cristiano Ronaldo wrote on his post while sharing some stills from the game. With this victory, the Andrea Pirlo team have moved back to fourth in the table, bouncing back from a damaging defeat against Inter Milan in the previous domestic fixture. Cristiano Ronaldo Joins Josef Bican to Become Joint-Highest Goal-Scorer of All Time.

Cristiano Ronaldo wasn’t able to add to his already impressive 15-goal tally of the season but played a crucial role in Juventus’ opener on the night. The Portuguese passed the ball to Brazilian midfielder Arthur Melo, who unleashed a shot from over 30 yards, giving no chance to the Bologna keeper between the sticks.

Weston McKennie doubled Juventus’ lead in the final quarter of the game as he met a fine cross from Juan Cuadrado to head the ball pass Skorupski in the Bologna goal. This was the American’s third goal in the league for the record champions.

Juventus will look to build on this result next week as they travel to Sampdoria before hosting champions league hopeful AS Roma at the Allianz Stadium. The Bianconeri lag behind in the tile race and have a huge job on their hands if they are to win their 10th successive domestic trophy.

(The above story first appeared on Reportr Door on Jan 24, 2021 09:43 PM IST. For more news and updates on politics, world, sports, entertainment and lifestyle, log on to our website reportrdoor.com).